How I gave my mother a hand in corona land 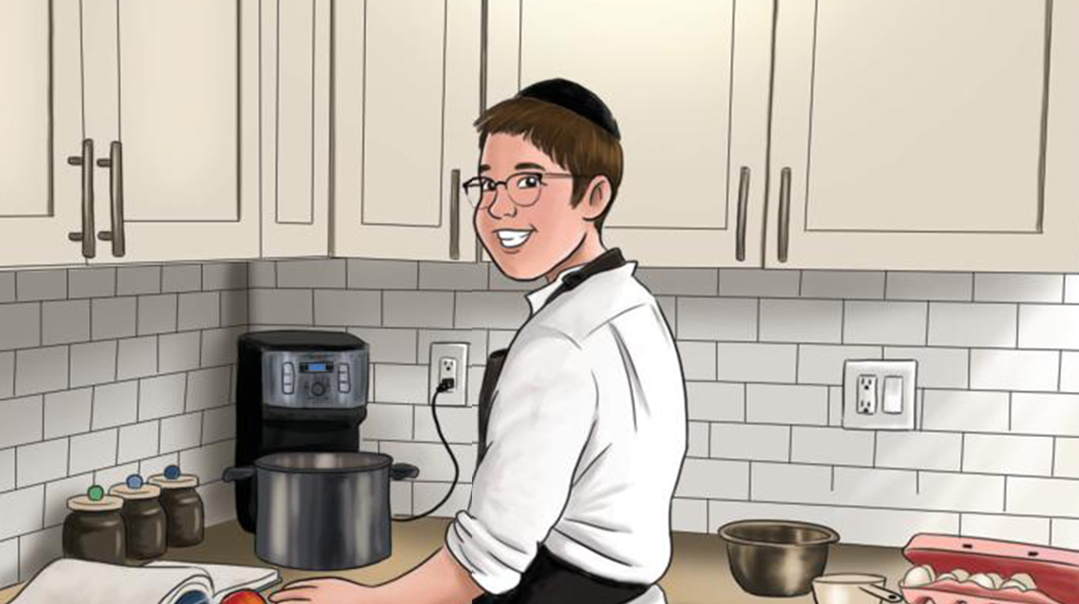 My mother always says her daughters-in-law will thank her, I think because I’m always helping her in the kitchen. With a house full of boys, we’re the ones who help out before Shabbos and Yom Tov. So here I am, getting ready to wow my family with the best Shabbos food they’ve ever tasted. Since some of my brothers live on bread and cheese 24/7, I thought it was pretty safe to keep the menu as close to my mother’s as possible — after all, I wanted everyone to enjoy the food that I was going to work so hard cooking.

At the same time, I decided to spice up the menu and include some special treats. I figured I’d try my hand at making a dip, since we usually buy them. I like spicy dips, so pizza dip was a no-brainer. Soup, kneidlach, potato kugel, cholent: basics. My house is literally drowning in cucumbers and apples, thanks to the COVID-19 government food program, so I added cucumber salad to the menu. (Why Trump thinks that kids nosh on cucumbers for a snack is beyond me, but he didn’t ask my opinion.) I also included apple crisp because that’s something everyone likes, especially me.

Now for the rules: anything that’s already in the fridge and freezer is up for grabs. (Thanks, Ma, for having a lifetime supply of stuffed cabbage in the freezer.) My mother called dibs on making the challah, which was fine with me. My father does the grocery shopping and I didn’t want to take away that privilege from him. Also, my mother doesn’t let me drive, so there’s that. My mother said the deal was that I had to put away the ingredients and wash the dishes, and she would take care of the rest. Also, she would be available for all recipe consultations, food salting, and possible kitchen fires.

And now let the cooking begin!

I decided to be super-responsible and start cooking on Wednesday afternoon. I picked out the easy things that don’t need to be served fresh, and with Shea Berko pumping I got started.

Blondies: five minutes. Ramekins: ten minutes. Moved my brother’s chair for watching off my foot: two minutes. Caesar salad dressing: five minutes. Apple crisp: ten minutes. Hey, this is pretty easy, why is my mother always so exhausted after she cooks for Shabbos? Gotta wash the dishes real quick and run downstairs to get onto my English conference call. (Ma, do I really have to go?!)

Thursday morning, right after my rebbi’s conference call, I got right back into the game. I started off with the potato kugel and bribed my brother to peel some potatoes. (Thanks, Shmuel!) I’ve made potato kugel before, so this wasn’t such a daunting task. Some of my brothers like kugel with the stringy blade and some with the kugel blade, so I pulled a Shlomo Hamelech and did half and half.

Next up — soup and kneidlach. Soup is so easy, I don’t get how anyone could mess it up. I guess it helps that my mother added the salt… I was excited to make the pizza dip. I started off with Leah Schapira’s recipe from Fresh & Easy and it kind of took on a life of its own. I decided to swap the tomato sauce for marinara sauce — a pretty genius move, if I may say so myself. After my brother and I sampled it, we decided to add some more heat, so I put in more red pepper flakes and some extra mayonnaise for good measure.

Then I moved my little brother’s chair again and moved on to the cholent. Potatoes, spices, lima beans for my father, and we are good to go. My aunt has this cool method where she puts up the potatoes, bones, water, and spices to cook on Thursday night and adds the meat and barley on Friday, and it’s pretty epic.

We found a creamy cucumber salad recipe online to mix things up a bit. The recipe called for salting the cucumbers for a half hour to extract the liquid, which I thought was pretty interesting. I moved my little brother’s chair again and got to work on the surprise Teriyaki Sesame Chicken, also from Fresh & Easy. We were planning on going on a hike on Friday, so to save time, I made the batter and put it into a ziplock bag with the raw chicken so it would be all ready to fry when we got home.

At this point I was beyond exhausted and started to get why my mother is so tired after cooking… Since my father had a rain delay in the shopping trip, I didn’t have the roast to prepare yet. I wasn’t planning anything too elaborate with it, just basic spices and duck sauce, so I could do that on Friday morning right after Shacharis. Kishka and coleslaw came together super fast — we have a really easy kishka recipe that I make all the time — and then it was time to speed-wash the dishes and retire to the basement for more English. (Groan.)

Bright and early Friday morning I got the roast together. We set the oven to time bake and shut off while we were out. I had learning with my rebbi and then I quickly cut up the watermelon. After a quick review of the menu to make sure I hadn’t forgotten anything, we were off to Ringwood State Park to burn off some steam.

The hike was pretty awesome until… we met a family of bears. Really. We did. So instead of a three-hour hike, it turned into an Erev Shabbos nightmare. Because the bears were blocking the last 20 minutes of the trail, we freaked out, made a U-turn, and hustled back through the two hours that we had just hiked. Super fun, no?

My mother was starting to calculate if we’d be spending Shabbos in the woods with granola bars and fruit. Not a game plan. At. All. Luckily, we made it back to the car, debating all the way if we should bentch gomel, and I called my father and asked him to put the apple crisp into the oven to bake.

We made it home with just enough time to fry the chicken and prepare the teriyaki sauce, not to mention put the ramekins into the oven. Added barley, meat, kishka, and some water to the cholent, put some broccoli in a pan to roast, jumped into the shower, and made it to the fi nish line just in time for Shabbos!

How It All Went Down

Friday night meal: Good job on the challah, Ma. Now for the crunch time: Creamy cucumber salad went over surprisingly well. My father claimed the soup was the best he’d ever tasted — I guess I peeled the carrots well? It actually worked out well that the roast sat in the oven after the oven shut off ; the meat was really soft and juicy. Potato kugel was fine, apple crisp — the usual.

And now for my grand surprise — the chicken. My brothers had figured out what I was making, but it was a grand slam for sure. Even though we were all so full, everyone kept on taking more, it was that good. For dessert, we had the chocolate ramekins. Everyone claimed they were too full for dessert, but they were all licking their ramekins clean.

Shabbos day dawned with the delicious scent of cholent. Deli salad — perfect. Cholent and kishka met everyone’s approval (phew!). I was worried about competing with my mother’s cholent, but it turns out that cholent-making skill does run in the family. Who knew? Watermelon and ramekins for dessert and everyone’s happy.

We took some informal polls on everyone’s favorite dish and here are the results: Teriyaki Sesame Chicken came out in the lead, with the pizza dip following close behind. The creamy cucumber salad was an underdog — but it was gone by Shalosh Seudos.

Would I do this again? Maybe. With extra time at home from this coronavirus matzav I was able to pull this off, but in mesivta next year I doubt it’ll be doable. I would like to thank my mother for helping me and for looking up recipes. Thanks to my family for graciously eating all the food and being so positive. Also, I’d like to thank my little brothers for cheering me on.

This is starting to sound like my bar mitzvah pshetl, so I’d better end here…

I was so happy when Doniel agreed to write this article. Between working from home, feeding six hungry boys all day, and making sure everyone is on their conference calls at the right time… AND doing their homework (!), Shabbos cooking has been super challenging. Doniel really did an amazing job — the food was great, and he stoically washed all the dishes and made his way through his long to-do list, all with a smile. Thank you so much, Doniel, this was fun and delicious too!

Mix all ingredients. Form into a log on parchment paper. Roll up and twist ends and place in cholent. Can also be frozen raw. 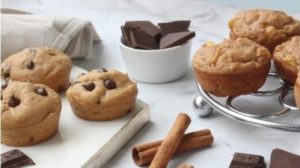 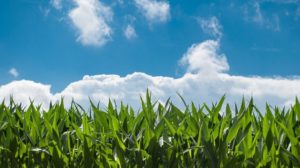 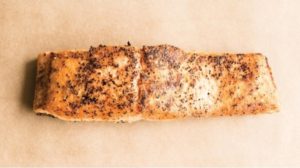 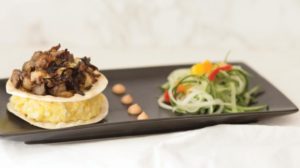 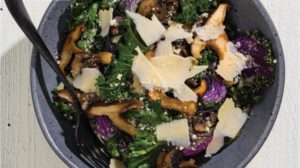 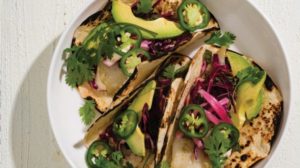 While the world was busy hoarding masks and posting memes, I took the road less traveled and used this grand opportunity to hone my cooking skills.

How I simultaneously helped my wife and had a great time in the kitchen.