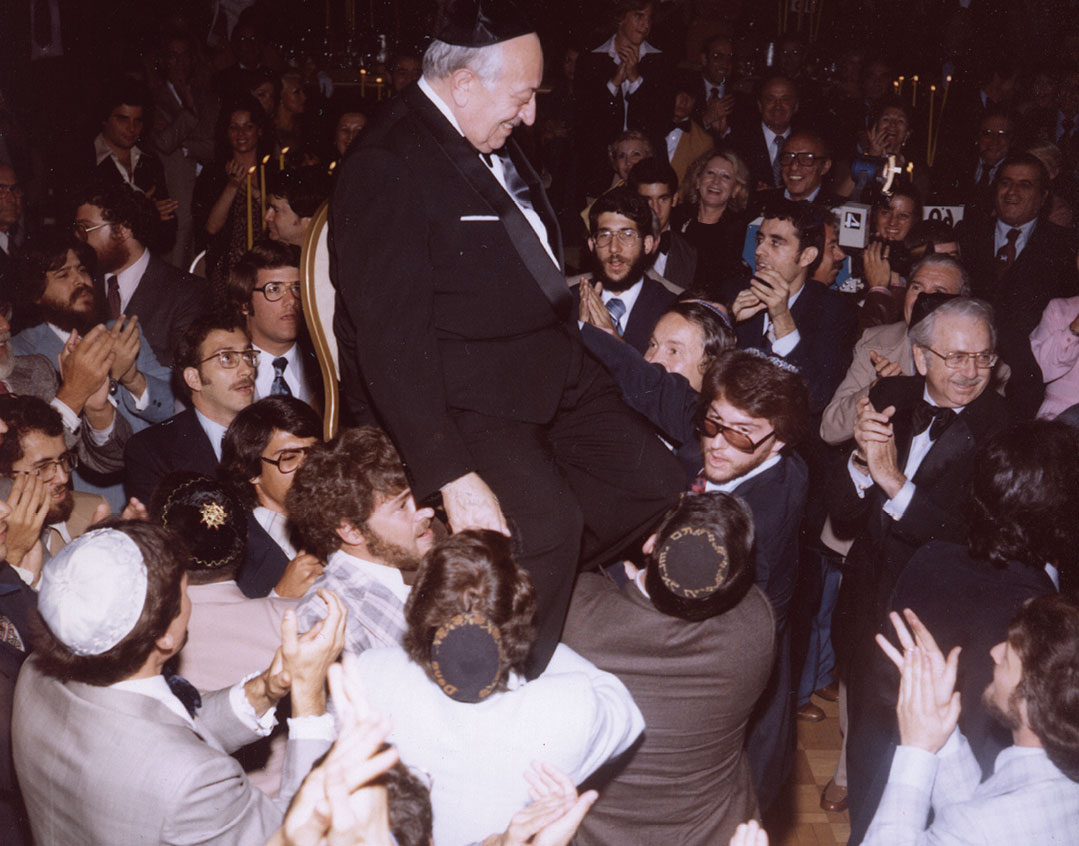 When the night is blackest, when the future looks darkest, that’s when the crack of dawn appears and hope begins to blossom. We’re a nation that has seen the brink of extinction time after time, a nation that mourns its exile at the height of celebration – and a nation that refuses to let go of hope for redemption, no matter how black our current night.

Soul of a Survivor

first met Simon Wiesenthal  when he was already a renowned Nazi hunter and writer, and we discussed creating the center that would bear his name.

He told me a deeply moving story. He was visiting Switzerland when he learned that the Vizhnitzer Rebbe, Rav Chaim Meir Hager — later known as the Imrei Chaim — was there as well. As a descendant of Vizhnitzer chassidim, Mr. Weisenthal decided to greet this scion of Vizhnitz, but he had no yarmulke with him. Out of respect for the Rebbe, he placed a hand over his head as he went to offer shalom.

Reb Chaim Meir looked at this man consumed by determination to bring some measure of healing to survivors of the Holocaust and said, “Shimen, ayere maasim tovim zollen zein far eich a tzu-dek.” (Your good works should serve as a covering for you.)

In the late 1970s, after we had established the center, Wiesenthal came to Los Angeles to attend the dinner in his honor. The crowd was very heimish, not traditionally the demographic that was overly engaged in the work Mr. Wiesenthal did — but when he entered the room, something interesting happened.

Instead of polite applause or a courteous receiving line, the band started to play a song to the words “Netzach Yisrael lo yeshaker,” and dancing overtook the room. If I had to describe the atmosphere, I would say it was this overwhelming sense of “we have won.” It was a room filled with survivors and their children, and that night, at that moment, we felt the Hand of the Eternal One, a clear sense that the blood which had been spilled would not be forgotten.

This new generation, raised amid the echoes of gunshots and crying, danced. They spontaneously picked up the guest of honor on a chair, singing out loud, understanding that they had been spared, blessed with new generations, with safety and peace.

The image inspires me still. We can never really understand the soul of the survivor, but I think of something Mr. Wiesenthal said. He would remark, “I don’t know if I’ll be successful in tracking down every last Nazi, but my goal is to make sure that none of them ever again has a good night’s sleep.”

I would look at these survivors and think, “If only we can allow these people, who’ve undergone so much pain — who’ve shown such dignity, courage, and faith — a good night’s sleep!”

Excerpted from Mishpacha, Issue 757. Rabbi Marvin Hier is the dean and founder of the Simon Wiesenthal center. 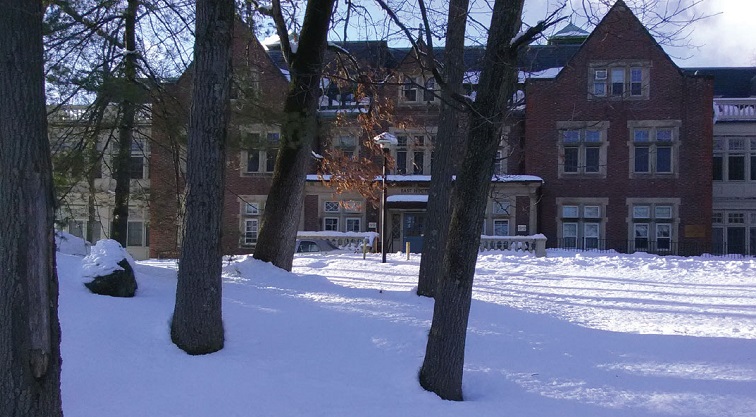 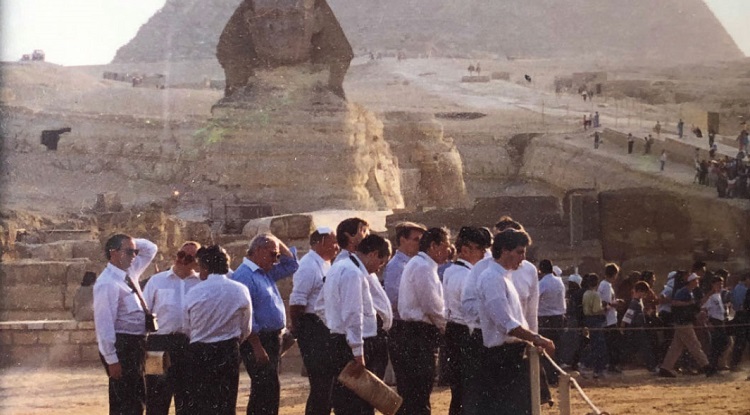 These two witnesses to history sat silently, hearing an enduring cry, a timeless call, to an Eternal G-d 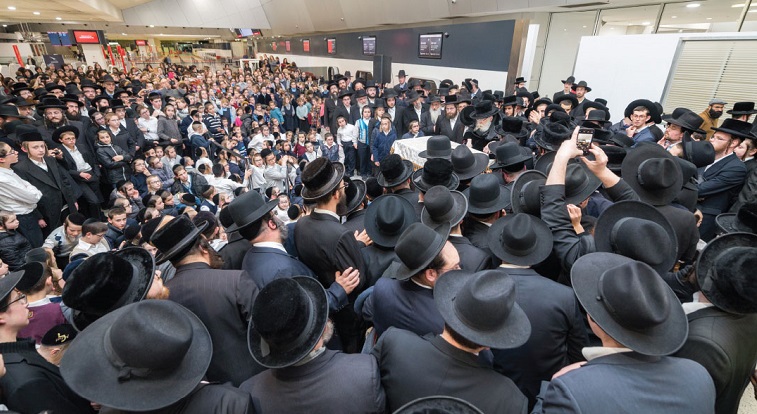 In 1988, Rav Beck was invited to Melbourne, where he served the community faithfully for three decades as a force of authority and unity 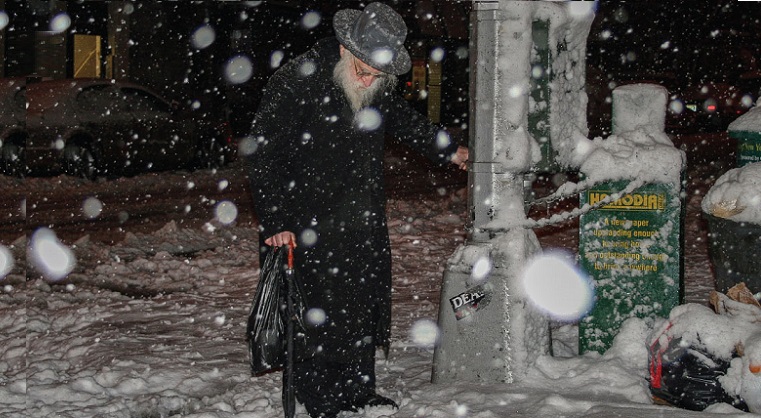 On that snowy night, I made my way from Flatbush to Boro Park on foot, looking for that scene holding a story. On 14th Avenue, at around 8 p.m., I found it 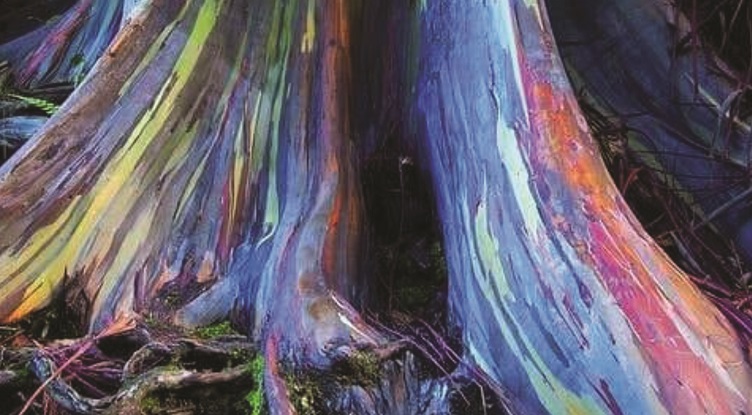 Once I discovered my Maker, I went to my own backyard to learn how to create and deepen my relationship with Him 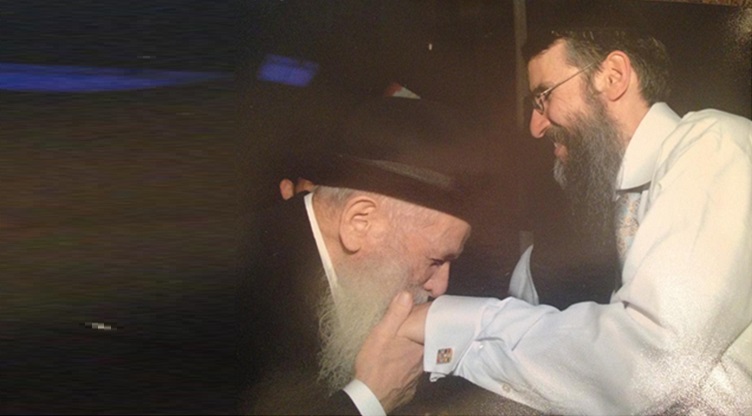 Imagine my shock when I found out that this Yid, this pillar of fire, had come to one of my concerts — then another