When I’m cold, I’ll never put on a sweater — I‘m tougher than that. 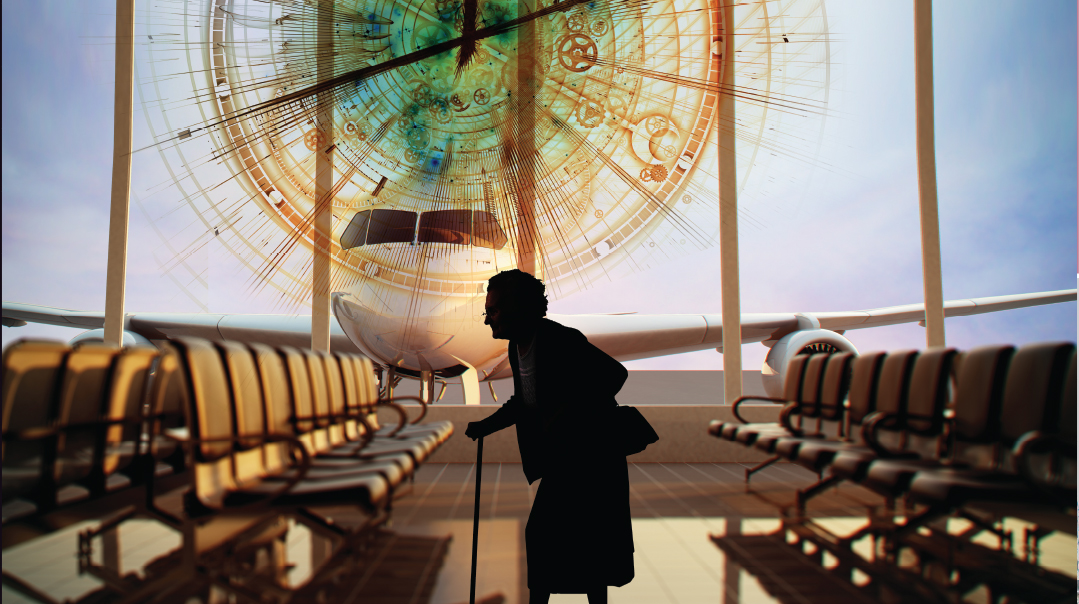 “Excuse me, do you have the time?” She peered intently at me, her brown eyes eagerly seeking my answer.

I picked up my wooden cane and aimed it at the group of girls who’d accosted me.

“The time? All times are good times with Bais Yaakov!” And we all dissolved into giggles.

Way back in the 90s, airports were still fun places to visit. Couples went there on dates, parents took their kids there to run up and down the long hallways and watch planes land and take off from the observation deck. Security was the responsibility of a single clerk or two who manned the entrances to various wings.

I was straight out of seminary, teaching in an out-of-town high school. Spending a large part of my time in airports across the country, I and three other single teachers decided an airport would be the prime place for an extraordinary scavenger hunt.

The treasure? Us. We, the four teachers, were going to spread out in the airport and the girls would have to find us. The group that found all four would be the winners.

But we weren’t going down easily.

We each picked a disguise and took our costumes seriously.

One of my friends became a custodian, equipped with a dark wig, spritz bottle, and cleaner’s uniform.

Another of us was a stewardess, with a trim blue suit, chic scarf, and a sheitel pulled into a neat chignon. She walked briskly along the gates on her stiletto heels, her (empty) carryon rolling briskly behind her.

Another friend was a businessperson topped with a trim toupee, rimless glasses, a long trench coat, and attaché case.

And I? I was an old lady. Gray, short, curly wig. Cardigan over my stooped shoulders, a cane at my side. I wore thick orthotic stockings over ace bandages wrapped around my ankles. Thick-lensed glasses and a grandma purse on the crook of my arm completed the look.

The four of us piled into the car that would take us to the airport a half hour ahead of our hunters. In the darkened car, we could barely control our hysterics.

“Now remember,” the business associate among us was ever so brisk, “once we get to the airport, it’s straight into persona. No showing who you really are unless you recognize our girls, and then you can disclose the password: “All times are good times with Bais Yaakov!”

With a final round of cheers and hugs, we split up and headed into the bowels of the airport.

Security had been warned of our activity and they were enjoying every second of it — goes with my theory that being a security guard has got to be one of the most boring jobs in the world. Whenever they saw a Bais Yaakov girl heading in our direction, they’d pass on a signal and off we’d scurry to safety.

Well, my friends would scurry. I had the hardest time, because my persona demanded that I walk slowly, head bent. As I shuffled along, I got antsy and bored. Hobbling down one long hallway I realized I had gotten to a dead end. Lifting my head cautiously to make sure no Bais Yaakov girls were around, I straightened up, breathed a sigh of relief, and did a little tap dance with my cane to work out the stiffness in my back.

Then it was an about-face and shuffle- shuffle again. Little did I realize that an unaffiliated traveler had witnessed my impromptu jig until I saw him staring at little old lady me, looking supremely baffled.

My custodian friend ran into a few hurdles. Every time she entered a restroom there was, invariably, another custodian who told her that this was her beat. She finally busied herself spraying glass cases for several of the grateful vendors who lined the hallways.

Our stewardess became friends with a pack of real flight attendants and was even invited into an employees-only hall. She had to break our pact to inform her new acquaintances that she wasn’t allowed past that barrier.

And my business friend boned up on the stock market and on politics, both essential points of conversation when flying for business. She was invited into the business lounge but realized that the BY girls couldn’t follow her there.

The hunt ran for several fun-filled hours. Some groups found all four of us rather quickly, others ran off on wild-goose chases.

By the time we assembled at the baggage claim, our planned point of departure, we all agreed that as activities go, this one was a flying success!

It was late when I finally got back to my room that night. I unwound the ace bandages that were padding my ankles and pulling my shoulders into a stooped posture. I took off the gray wig, relieved to see my natural honey-colored hair again. And I put away the props of my persona, the cane, cardigan, and thick lenses, leaving just memories.

Nowadays, my kids are quick to notice that although I should wear glasses for reading, I generally refuse. And when I’m cold, I’ll never put on a sweater — I‘m tougher than that.

As far as a cane, I hope I’ll always be able to make my way through life on my own two feet, though maybe not as chipper as I used to be. And I haven’t yet graduated to orthotic stockings.

It’s one thing to step into the octogenarian era for one night. It’s another to admit that it’s not so far around the corner. Yet while I’m not about to embrace the props of aging in one fell swoop, I do bear in mind that these are also badges of honor. They symbolize the experience and hopefully wisdom that each passing year brings.

And meanwhile, I’ll keep trying to fill up my time, with good times. 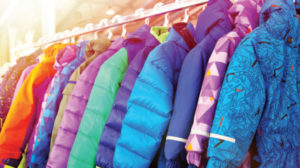 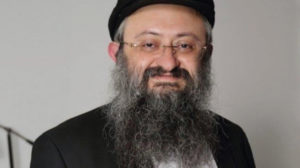 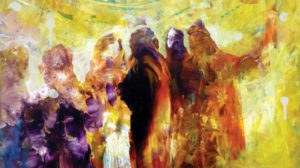