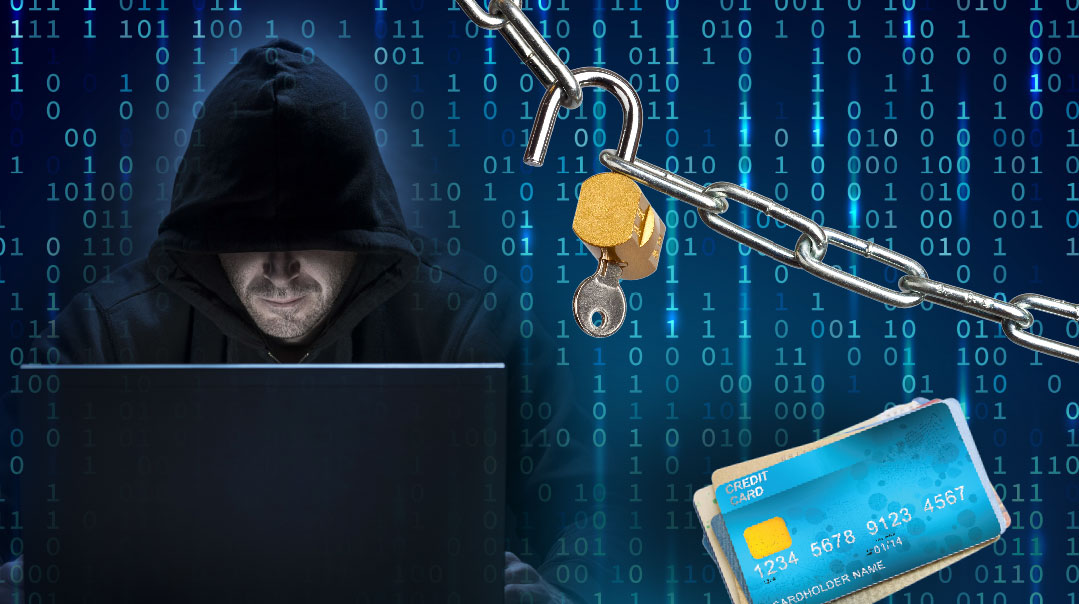 Mr. Douglas wakes up one ordinary morning and makes himself a coffee. Then he heads to his desk to check his laptop for any recent messages from work. He presses the power button and recoils in shock as a message fills the entire screen.

PAY $10,000 OR WE WILL DELETE ALL OF YOUR WORK FILES AND DESTROY ALL OF THE DATA SAVED ON YOUR COMPUTER! PAY WITHIN THE NEXT FOUR HOURS, OR ELSE…

DO NOT CONTACT THE POLICE! IF YOU DO, ALL YOUR PRIVATE INFORMATION, INCLUDING SOCIAL SECURITY NUMBER WILL BE RELEASED TO THE WORLD WIDE WEB.

CALL THIS NUMBER NOW AND FOLLOW THE INSTRUCTIONS. HURRY, THE CLOCK IS TICKING…

If this situation seems far-fetched, think again. A computer hacking takes place every 39 seconds. Hackers are constantly on the prowl, eager to break into your computer and take control. Mr. Douglas is one of millions who will be hacked this year, and the number is rising.

The danger is not limited to private individuals. Governments spend billions of dollars every year to protect themselves from hackers. In fact, today’s wars between countries often feature highly trained computer techies trying to break into the other country’s computer system. It’s called cyberwar. Winning these battles is just as important as winning on an actual battlefield.

How does hacking into a computer actually work? Why do some people spend their time trying to gain access to someone else’s private information?

We explore the world of hackers and the dangerous computer games they play….

Hacking Definition: Gaining unauthorized access to data in a system or computer.

Hackers are people who sneak into your computer network over the Internet and take control of your information. They do this in several ways: by stealing your password, by overloading your computer system with a virus that overloads the computer, or by sending a message to the computer to lock you out until money or information is provided.

Hackers are after a variety of things. Most of the time, whether they’re hacking a government or a private citizen, hackers want information. They’re after credit card numbers, social security numbers, and bank account information. Highly trained government hackers also may want to break into an enemy government’s system and sabotage military projects.

Since the government and most people keep their most important information on computers, the damage hackers can cause is terrifying to think about.

The next level of hackers is people with enough computer skills to not only send harmful files that can erase other people’s information, but also steal data. Governments spend billions every year to hire computer geniuses, who try to hack into the government’s network. If they are successful, the government then knows what weaknesses need to be fixed.

In fact, ex-hackers are the best defense against those trying to hack into government computers. That’s because they know all the tricks hackers use, and are now helping the good guys fight back.

One of the most common hacker strategies is sending what looks like an innocent e-mail to your Inbox. But once you click on it, you unknowingly give permission for the hacker to enter your private network!

You might think hacking was always associated with bad people out to harm others, but the truth is that the very first hackers were innocent.

The history of Computer Hacking

The first hackers had no intention of harming others. It began in 1960 with a group of MIT students. They wanted to manipulate computer programs to improve them. However, it wasn’t long before hacking was used for darker purposes.

In 1970 people discovered another type of hacking. It involved duping telephone systems so that they could make free long-distance calls. A man named John Draper discovered how to use a toy whistle that came inside Captain Crunch cereal boxes to make expensive calls without paying a cent!

As viruses appeared on computers around the world, the government swiftly responded. In 1986 they passed legislation against hackers, the Federal Computer Fraud and Abuse Act.

If the authorities thought they had seen the worst of hacking, they were rudely awakened in 1990. That’s when hacking rose to a whole new level. Hacking teams worked together to destroy as many computers as possible, the Secret Service was busy raiding homes across the country.

But the worst was still yet to come.

With the rise of massive online businesses, like Amazon and eBay, hackers could now steal millions of dollars. In 2014 hackers broke into eBay’s computer system and stole information about 145 million users. The same year hackers stole the actual credit card information from over 50 million Home Depot customers.

Still, the deadliest hacks didn’t involve money. The most serious hacking incidents are when hackers gain access to top-secret military projects. One cyber breach against the International Space Station was by a 15-year-old boy!

In 2006, the American and Israeli governments teamed up to attack Iran’s nuclear facilities by cyberwarfare. They created a powerful virus they sneaked into the computer system that controlled the machines working day and night to build Iran’s nuclear missiles. The virus, called Stuxnet, was a remarkable success.

The virus sent commands to the Iranian computer system, making it believe it was supposed to make the machines spin faster and faster and faster… 1,000 centrifuges, crucial to creating nuclear material, destroyed themselves because they were spinning too much.

The ingenious little virus could have had even more damaging effects on Iran’s nuclear program, but one of their scientists discovered it before it could be used any further.

While America is busy trying to hack the data bases of enemy countries, enemy countries are doing the same. Primarily North Korea, the country cut off from the rest of the world.

North Korea is the most isolated country in the world. They are bitter enemies with most of the civilized world. Their number-one goal is to build a nuclear bomb with the capability of destroying America.

The “hermit kingdom,” as the country is commonly referred to, has one of the world’s most powerful team of hackers as part of their military. These hackers steal millions of dollars every year, bringing much-needed cash to a country few will do business with.

The team of North Korean hackers is called Bureau 121. They spend their days hacking banks around the globe, inflicting enemy computers with viruses, and, of course, hacking into US and Japanese government computers and stealing top-secret military information.

Only the very best soldiers with the most incredible computer skills are selected to join Bureau 121. The Bureau’s almost 1,800 computer specialists work around the clock. The Bureau also targets the citizens of South Korea, attacking over 30,000 computers and inflicting thousands of smartphones with a powerful virus disguised in a gaming app.

The Bureau’s members are believed to be stationed in secret locations around the globe, awaiting orders at any given moment. But sometimes the most skilled hackers are not hired government workers, but private citizens… like the most famous hacker in history, Kevin Mitnick.

Kevin Mitnick changed the Los Angeles bus system punch card program. Mitnick located his own ticket puncher that the local bus drivers used. Then he found unused bus transfer slips in a dump near a bus garage. With these, he was able to ride around town without paying a cent. Oh, and he was only 12 at the time….

Soon Mitnick got his hands on a computer and quickly learned how to hack into secure databases. He hacked into computer systems worldwide and stole information. He used the information to copy software created by some of the world’s largest computer companies.

Finally, the FBI caught up with Mitnick when he was 32 years old. After serving five years in prison, he mended his ways. He began using his skills to protect companies from hackers.

“Kevin Mitnick is the world’s most famous hacker, bestselling author, and the top cybersecurity speaker. Mitnick is the best in the world for finding holes before the real bad guys do.”

How’s that for an unexpected ending to a story?

Every minute there is another hacking attack somewhere around the globe. The cost of these hacks is around $3.1 trillion.

Keep yourself safer from hackers by ensuring your computer has the latest antivirus software. Always check twice before sharing private information. Stay vigilant and routinely run virus scans to make sure no hacker in North Korea is reading your Navi report!

Last year the data of 500 million people was stolen from Marriot International.

Kevin Poulsen hacked into the phone lines of Los Angeles radio station KIIS-FM so that he would be the 102nd caller and win the grand prize, a brand-new Porsche.

A 15-year-old boy hacked into NASA, stealing $1.7 million. He was the youngest person to ever be put in jail for hacking.

The first man to attempt a bank robbery via computer was Russian hacker, Vladimir Levin. He tried to steal $10.7 million from the Citibank network from his computer in London, England, but was eventually caught.

Yahoo! had a data breach of three billion hacked accounts.

A favorite strategy of hackers is to get information from someone by sending them a fake e-mail.

In 2021, there will be 3.5 million job openings for cybersecurity.

Hackers can get into your computer network in just 18 minutes. 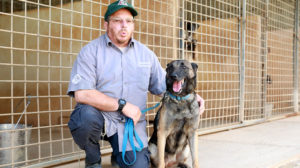 | Feature Articles |
Every Dog Has His Day
Rachel Ginsberg 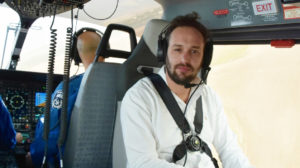 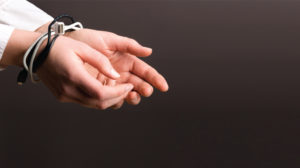 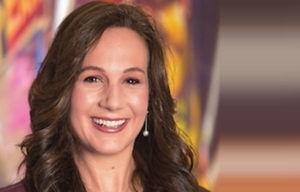 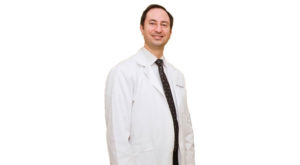 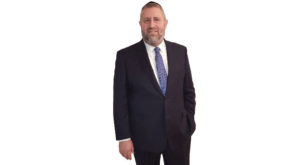