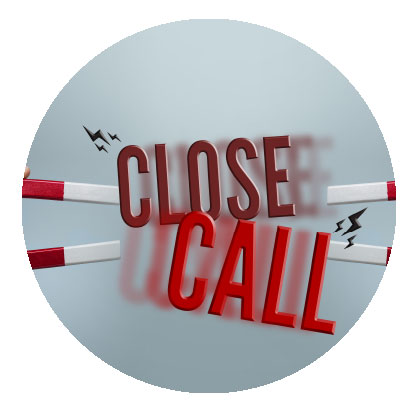 hen my mother tapped on my door at midnight, I jumped. “Can you come out a sec, Devora?”

I stuffed my cellphone under my pillow like a criminal. Why was I hiding my phone from my mother? She had nothing against me schmoozing on the phone with friends.

My heart was pumping fast, and I knew why. Sometimes my mother asked me who I was talking to. Not because it mattered, only out of mild curiosity, innocent small talk. I never minded. But this wasn’t Miriam or Shevy or Gila, my regular phone pals. If I told her I was talking to Ahuva, she would raise her eyebrows and ask, “Ahuva who? Which Ahuva?” And what would I answer? “Ahuva, the girl who works for Mr. Templer, you know, that marketing company I do copy for”? Right, and why exactly was I talking to my client’s secretary on Motzaei Shabbos at midnight?

To my relief, she didn’t seem to realize I’d been speaking on the phone and didn’t ask any questions. I followed her to the kitchen where she solicited my opinion on her Shavuos menu.

“So I can’t make up my mind about the main,” my mother was saying.

My mother squinted at me. “Devora, we’re talking about the milchig seudah.”

I forced my mind to focus on parmesans and raviolis, but it was hard to keep my concentration from wandering. I’d cut Ahuva off without warning. She was probably trying to call me back and reaching my voicemail. I had to get back to my room.

“What’s up with you?” my mother asked. “You look preoccupied.”

“What? No, nothing. Just tired.” I manufactured a yawn as proof.

She shrugged and returned to her recipe book. We sat at the table for another agonizingly long 15 minutes before my mother called it a night. I rapidly escaped the kitchen and took a quick shower. When I came out, the house was dark and quiet. I withdrew my cellphone from under my pillow and saw six missed calls from Ahuva. I dialed.

“What happened?” she demanded.

“My mother came into my room.”

She didn’t ask, “So what?” We both understood.

We picked up the thread of the conversation that had been cut short. Like our talk before Shabbos, the words tumbled over each other. The more we spoke, the more we realized how much we had in common. We went from one “You too? I thought I was the only one!” to another. To my surprise, I found myself sharing my most intense thoughts and feelings, things I rarely told anyone. And she reciprocated, telling me all about herself. It was intense and intoxicating. I sat hunched over in my bed, hugging my pillow, straining to listen to her whispers.

We spoke until 5:30 a.m. Tiptoeing out of my room to get my phone charger, I heard footsteps and froze. It was my father. He was leaving the house for Shacharis.

At eight o’clock, my mother knocked on the door of my room to wake me up. Through the fog in my head, I vaguely recalled that we’d made plans to go shopping in the city that day. I stumbled out of bed and got dressed, then drunkenly dragged my legs to the kitchen for a coffee.

I sleepwalked through Nordstrom and Neiman Marcus while my mother cheerily made me try on sweaters and dresses. If she was shocked at how agreeable I was about her finds she didn’t complain, although she did ask if I was feeling alright after I conked out on a chair in Macy’s while she went to get another size of a pair of shoes she loved.

But for all my good intentions, when Ahuva called at ten o’clock, I was suddenly alert. We’ll talk for a few minutes and then I’ll go to sleep, I thought.

We spoke for a few minutes. And a few more. And when a few more minutes passed, I once again heard footsteps: my father heading out for Shacharis.