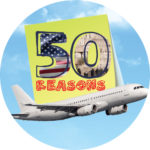 I’m happy to say that my Hebrew has really improved in the past few months. When I first got here, I was basically confused all of the time. I couldn’t figure out what anyone was saying to me in Hebrew.

Sometimes I’d guess and it was a little funny, like when I tried to order ice cream by myself for the first time. I figured, how hard could it be? To make it easier on myself, I even ordered a flavor that I knew that I could for sure say in Hebrew. So I walked into the ice cream shop all by myself and confidently said to the guy behind the counter, “Ani rotzeh shokolad.” Which means: I want chocolate. How could this go wrong, right? Well, the next thing I knew, the guy was talking to me about sports, or so I thought.

He asked me, “Rak kadoor echad?”

I thought, Why is this guy asking me about a ball? Why did he just ask me if I only want one ball? I must have looked super confused, because the next thing I knew, he stopped talking, handed me my ice cream scoop, and told me how much to pay.

When I got home, I called my friend, Avi, and told him the story. After Avi managed to stop laughing, he was nice enough to let me in on a little secret: In Hebrew, kadoor means ball but it also means scoop. So the guy was really asking me if I only wanted one scoop of chocolate ice cream! Who knew? Not me, that’s for sure.

So while I still don’t know a ton of Hebrew, by this point in the year, I am definitely understanding a lot more than I did before. You might think that I’m going to write on my list that moving to Eretz Yisrael is great because it means that now I know Hebrew and can talk to Israelis and understand the words in the siddur and Chumash better, but that’s not exactly what’s next on my list. Don’t get me wrong, those things are definitely great, but there’s also another reason that I love understanding Hebrew...