he boy sitting in front of me was pretending to be high.

Pinny had been suspended from his yeshivah. His rebbi had negotiated for him to return, and one of the conditions was that I devise a follow-up plan, a protocol the school could follow and that Pinny would agree to adhere to. The problem was that Pinny seemed to be enjoying himself. He didn’t care if he got thrown out.

But his rebbi did care, and he was fighting for Pinny.

Pinny wanted me to think that he was high, so I played along. “Do your parents know you smoke?” I asked.

“They let me do what I want,” he said — kidspeak for they don’t care about me.

“Why would they let you do whatever you want?”

“They have their own issues to worry about.”

Pinny shifted uncomfortably. He was a smart kid and a smooth talker. This conversation had become way too real way too quickly for him.

In a tough, confident tone, he said, “Don’t worry about it, I take care of myself.”

He wanted to seem in control, so I would treat him that way. “I respect that,” I said. “I have a hard time relating to people who aren’t independent.”

He liked that. I saw him begin to relax.

“So you’re from Brooklyn?” I asked.

“Actually,” he said, “I spend most of my time in Monsey.”

He looked at me for a minute. “Yeah, my dad is in Brooklyn,” he finally said. “How did you know…?”

“You’re very independent, but I can tell from the way you carry yourself that it’s a survival tactic. There are only a couple of scenarios that would cause that,” I explained, “and I figured in your case it was divorce.”

Pinny stopped pretending to be high — he couldn’t fake it while having a normal conversation. “What are the other options?”

“If you were a yasom. But you mentioned your parents in present tense, so I ruled that out.”

“But how did you know I stay with my mom?”

“Same way I know you’re the oldest, or at least that you have a few younger siblings. They would probably be with your mom, and you look out for them, so you stay with her too.”

Pinny stared at me. “Yeah,” he said finally. “But I like my dad, I’m more similar to him.”

That wasn’t good news. Pinny had a pretty negative self-image, so his belief that he was similar to his father was not a good sign.

“In what way are you guys similar?”

“He can talk his way out of any trouble he gets himself into.”

So his father got into trouble too. “What does he do for a living?”

“I don’t know, this and that, you know. He’s a hustler.” He pulled out his phone and opened his father’s Facebook page. There was a picture of Pinny and his dad sitting in a convertible. If a picture is worth a thousand words, this picture told me that Pinny was his father’s friend, not his son.

“Looks like he enjoys hanging out with you,” I said.

Pinny pulled his phone away. He looked disgusted. “You think he took this picture and posted it because he likes hanging out with me?”

“He did it to make my mother upset! I was supposed to be with her that day and I stayed with him an extra day. He’s just rubbing it in her face.”

I doubted that was Pinny’s dad’s motivation, but the fact that Pinny believed it told me a lot.

As the conversation progressed, Pinny was waiting. He cautiously answered some of my questions and asked a few of his own, but his guard was up: he expected me to ask him to change in some way.

I wasn’t going to ask that of him. Pinny was a good kid. He was trying to protect himself. He couldn’t afford to give an inch to anybody. I needed to prove I was on his side.

The next day I called Pinny’s father.

“We’re very close,” he claimed. “I’m trying to protect him. His mother messed him up big time. All she cares about is money.”

“Have you told that to Pinny?” I asked, hoping against hope.

I tried to explain. “I don’t think he’s as secure in your relationship as you think.”

“Did he say that?” Pinny’s dad demanded.

Pinny’s father exploded. “Do me a favor, I’ve been working with kids at risk for a long time, I’ve saved a few lives. Don’t put words in my son’s mouth!”

“Oh, is that what you do? Because he didn’t seem to know what you do for a living.”

“You’re coming after the wrong person here!” he yelled. “You need to work on his mother. My kids and I are the victims here!”

I refused to buy it. “Sorry,” I said. “You’re not the victim here. You’re the adult. As is your ex. Your kids are caught in the middle and the only one taking any responsibility is Pinny, which is ironic, considering he’s just an innocent bystander.”

Pinny’s father hung up on me.

“He’s in trouble again?” she groaned. “Have you spoken to his father?”

“Yes, just a couple minutes ago.”

“This is all his fault!” she ranted. “Every time Pinny’s here, he’s just a horrible influence on the other kids. Always trying to show off and take them out to who-knows-where. And his father poisons his mind against me!”

“Have you told this to Pinny?” I asked, hoping that someone in this family would try to spare the kid.

“Of course, but he won’t listen, he’s totally brainwashed!” she fumed. “And then his father posts all these pictures just to spite me!”

Okay, I shouldn’t have doubted Pinny.

“I want to help your son,” I said, “but we need to agree to leave him out of the fight between you and your ex. It’s killing him. He’s going to crack.”

This time I was the one who hung up.

I spoke to Pinny again and we worked out a plan for him to return to yeshivah, which included weekly meetings with me. I thought about him a lot during the intervening week. What kind of hope was there for Pinny? How can a kid survive such a life? In the place of selfless love, his parents were using him. The people who should have been protecting him were betraying him. They weren’t supporting him, they were destroying him. Pinny’s story haunted me. What can you do for such a kid?

When Pinny walked into my office, I had a thousand things I wanted to say to him.

It’s not your fault.

It’s okay to be vulnerable.

You don’t need to do everything yourself. There are people who can help.

I’m here for you.

I tried to smile at him as he walked in, but my face gave me away.

Pinny opened his arms and gave me a hug.

“Thanks, Pinny,” I managed. “I actually really needed that.”

“I could tell,” he said simply.

Of all the things I wanted to say, one thought surfaced. “Pinny,” I said, “you’re going to be okay.” 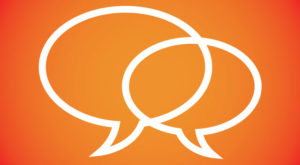 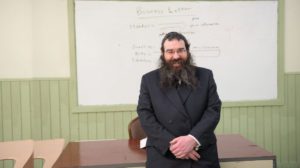 The File contained hundreds of documents, everything Mrs. Rubin thought was “wrong” with her son

“You’re kidding. He overdosed and his wife left him and he still won’t quit?"

"Not a manicure and not a baseball game. You need something in the middle"