“Every time I walk out, I’m trying to prove to myself that he doesn’t care if I leave"

he couple sitting in front of me had been married a year and were having difficulty communicating.

Not uncommon and not life-threatening. But they said they had “tried everything” already, and they were still struggling.

“When you say you’re going to be home at seven, I expect you at seven,” Suzy said. “I don’t see why that’s so unreasonable.”

“I can’t live always worrying that I’m going to be five minutes late!” Baruch shot back.

They’d gone around in circles like this the past two times we met. The tools weren’t working. When tools of communication, or any tools for that matter, are falling short, that doesn’t mean they’re ineffective — it means they’re not addressing the root of problem.

And that’s what I was missing. The root of the problem.

“Guys, we’ve been through this before, but let’s revisit a few key points,” I said. “There’s no right and wrong, there is only communicating or not communicating, respecting each other’s position or not. Right now it seems to me that you guys are not speaking the same language. I’m struggling to figure out where the miscommunication is happening.”

“I don’t know how better to communicate that I live in fear that I’m constantly going to be doing something wrong and she’s going to be upset at me. I’m forever apologizing for things without knowing what I did wrong!” Baruch told me, frustrated. “It’s like she’s always waiting for me to mess up and then she finally has a reason to be upset!”

“Baruch, we spoke about this. I’m not the judge or jury. Say it to Suzy, not to me.”

It seemed to take a lot of energy, but he turned and said it to her. Just softer.

Suzy didn’t respond. But something flashed across her face. I couldn’t read it. She crossed her arms, leaned away from Baruch, and shot a quick glance at me. Then she looked out the window.

Suzy was highly educated and owned her own successful business. She was pretty accomplished — especially when you took into account her age. She had every reason to be confident. But I wasn’t looking at a confident 20-something who had things figured out. For one moment I saw a child. A scared, vulnerable child.

“Suzy, can I ask you something?” I said cautiously.

“You think he’s right and I’m overreacting, I should just not care about it and stop being so petty, right? You think I’m being needy and ridiculous!”

“Quite the opposite, actually. I want you to tell Baruch what’s going on in your mind between the time he said he was going to be home and when he actually gets there.”

She looked away again. We were getting somewhere.

There was a long pause.

Suzy pressed two fingers to the corners of her eyes and breathed deeply. “I feel like he—”

She turned her head in his direction and looked down.

“I feel like you don’t care that I’m waiting for you to come when you said you would. That me waiting and you saying that you would be there doesn’t mean anything to you. I feel…. I feel like a fool. Like I’m… worthless, like…”

Her voice trailed off.

“Why would you think that?” Baruch said. He looked shocked.

Suzy glared at him. “I need some air,” she muttered. She walked out.

Baruch looked at me. “Yossi, I am more and more confused every day. I have no idea what I’m supposed to do. Especially when she walks out. I try giving her space so she can calm down but she comes back even more upset.”

“Maybe she didn’t want space,” I said. I didn’t want to admit it, but I was just as stumped as Baruch. The session was almost over. I felt like we had been on the verge of a breakthrough, but it was slipping away. What was it with Suzy? She was a pretty laid-back person in general, but on the things she was sensitive about, she was sensitive to an extreme.

“You mean I should go after her?” Baruch asked, interrupting my thoughts.

“You said maybe she doesn’t want space, if she’s coming back still upset…” he reminded me impatiently.

Baruch just waved a hand and walked out.

A few minutes later, Baruch and Suzy both walked back in and took their seats.

It was quiet for a moment.

“How did you know?” Suzy asked, looking at me.

“No, I’m asking you. How did you know?” she repeated. I was stunned to see Baruch tearing up.

“I’m gonna need a little more context,” I mumbled, trying to figure out what was going on. “I say a lot of stuff… I’m not always paying attention...”

“How did you know how I would react if he came after me?” she clarified.

“Oh, that was easy,” I said with exaggerated confidence. “I’m just very good at what I do. So good, in fact, I even impress myself sometimes. Now, for instance, I got it right without even knowing what ‘it’ was or what it was that I got right.” I held up my hands. “I know, I know, I’m the best. No need to applaud.”

Both of them stared at me.

“I’m joking.” I looked at Suzy. “I have no idea what I said to make Baruch go after you, or if in fact I said anything. To be honest, I think Baruch really knew what he had to do and just needed it to click. My instinctive reaction would actually have been to tell him to give you a minute,” I admitted, “but I’m really hoping you can explain what’s going on.”

“When Baruch followed me out, I realized something,” Suzy said. “Every time I walk out, I’m trying to prove to myself that he doesn’t care if I leave. Like I’m just dead weight and he’s probably happy if I leave so he won’t have to deal with me and my issues.” She blinked and swallowed. “I’m from a large family… When I was a kid and I would get upset, I would run outside and hide and no one would ever notice. No one ever came after me to ask what was wrong or to see where I was. I would wait and wait and no one even called my name. I felt so…”

“Worthless.” Baruch finished her sentence for her. There was understanding written all over his face. “All this time, you never mentioned any of this. Why?”

“I don’t know… I guess I never connected it. But when you followed me out I realized it was the first time anyone had ever done that… Like this is what I had been waiting for my whole life.” Now the tears were falling. “Maybe I was afraid that if you knew my family couldn’t care less if I was alive or dead maybe you would… I don’t know… realize they were right.”

Baruch didn’t need me to remind him to talk directly to her. He turned to Suzy and said just a few sentences.

I’m happy to say I never heard from them again. 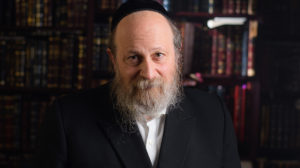 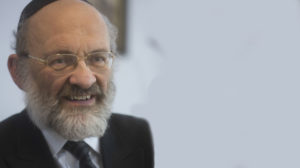 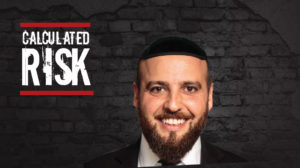 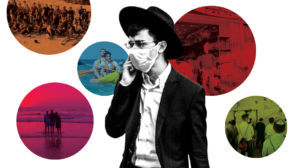 "If you’re in denial or too afraid or weak to fight, then there isn’t anything I can do”

“They’re cowards,” she spat. “And they’re in denial. They need serious hadrachah. He’s using drugs and they act like they don’t care!” 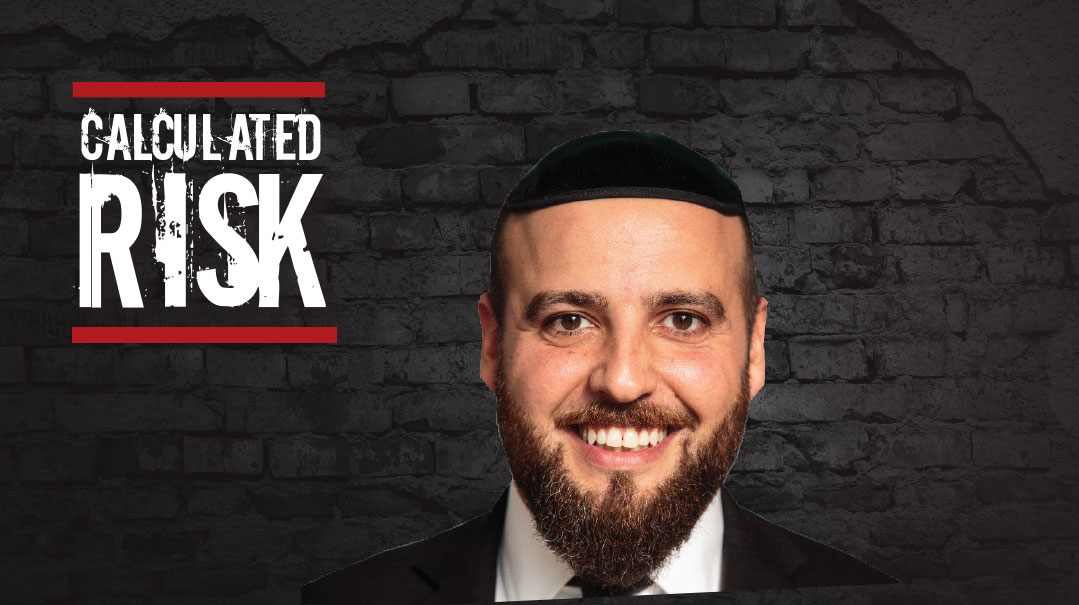 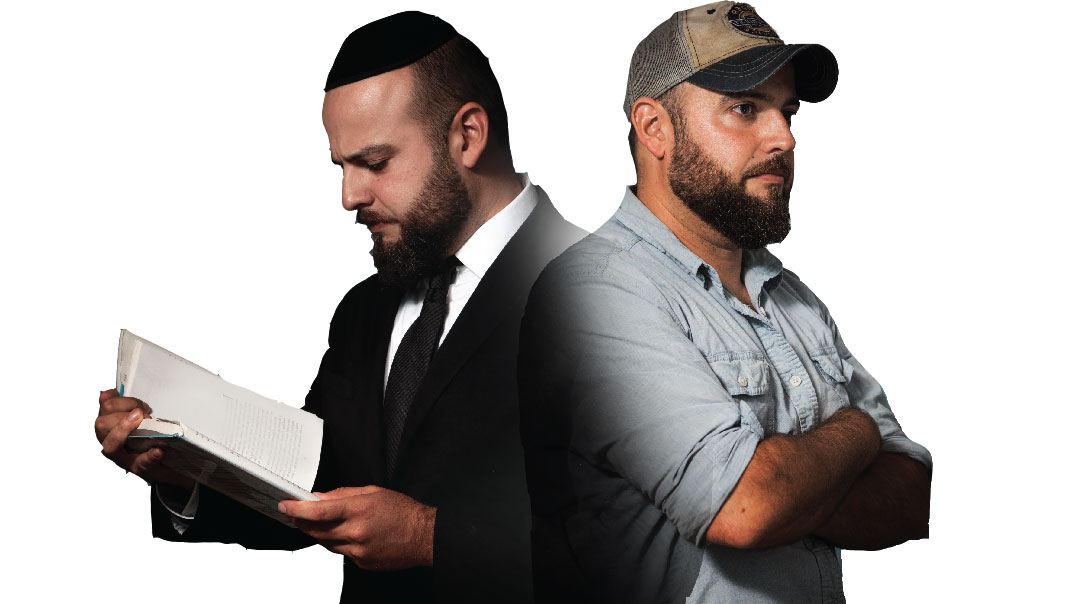