The phenomenon of hyper-partisanship in the frum community

In a piece at Tablet on “How COVID-19 Is Changing American Judaism,” Orthodox Jewish former presidential aide (and former Mishpacha columnist) Tevi Troy writes about the pandemic’s effects on both Orthodox and non-Orthodox communities and institutions. One development he takes note of is “the COVID-related rise of DIY Judaism. Anything that can be done on the individual level is preferred, even if it was once done at the synagogue.”

He quotes the vice president of sales at a popular Judaica website as saying that people have had to “do their own ritual observances because they’re not able to go to the shuls,” reporting, for example, an increase in the number of customers who bought a shofar or succah. This, Troy writes, suggests “that many Jews are doing for themselves what they once counted on synagogues to do for them.”

The possibility that personal mitzvah performance might be replacing the Judaism-by-proxy that often prevails in the heterodox Jewish movements would seem to be only a good thing. Fulfilling mitzvos, at least if done properly, can stir the neshamah to come closer to authentic Yiddishkeit. And anything that serves to diminish the hold that heterodox clergy have on our Jewish brothers and sisters in their custody is clearly a positive.

It’s certainly true that there has long been an unfortunate integration of the religious and the political in those movements. But the evidence for that unholy merger having gotten any stronger lately is rather slim — all Troy can adduce to support that contention is two New York clergyfolk creating a Rosh Hashanah-time “haftarah” comprised of words from recently deceased Justice Ginsburg and the lack of subsequent Reform criticism of it. And as for the supposed risk of “further alienating Orthodox Jews from their movement,” our alienation from it is a function of those movements being overtly heretical, not too overtly political.

What’s more interesting to mull, however, is whether and to what extent Orthodox Jews have become more alienated over the years — not from the non-Orthodox movements (a good thing, actually), but from the non-Orthodox Jews that people them. And, by the same token, whether those Jews have become more alienated from Orthodoxy, and as a result, less likely to consider exploring Torah Judaism and less open to the overtures of mekarvim to get them to do so.

When I emailed Tevi to ask him what he thought about these questions, he agreed that Orthodox partisanship would surely exacerbate the strains between Orthodox and other Jews, but that he has “seen no evidence of Orthodox integrating Trump support into services.” For that matter, neither have I — other than the huge banner supporting his re-election that someone was waving about during hakafos in the shtibel in my neighborhood, the same one visible in pictures of the Brooklyn mob scene just days earlier where Jews attacked other Jews, one beaten unconscious.

But of course, my question wasn’t about politicized sermons or haftaros featuring the words of politicians or talk show hosts. It was founded instead on the phenomenon of hyper-partisanship in the frum community that was the subject of the open letter issued recently by several well-regarded American Orthodox figures (and yours truly).

It’s worth at least considering, that is, the effects that such partisanship and its venomous portrayal of politically liberal secular Jews as irredeemable enemies who seek to destroy America as we know it might have on whether we even want to have anything to do with them anymore, and them with us.

There aren’t, and won’t be, any empirical data demonstrating the existence of the phenomenon of toxic partisanship in our ranks. But it’s a reality, and it expresses itself in many different ways, on a spectrum ranging from the mostly innocuous, all the way across to the grotesque and threateningly disturbing.

It’s there in the numerous letters I and my colleagues receive (and others that this magazine has published) in which frum Jews write that they’re afraid to sign their names to letters opposing the regnant Orthodox political orthodoxy for fear of being subject to “vitriolic hatred.”

And it’s there, too, in the fact that a number of other very prominent frum Jews who agreed entirely with the above-mentioned open letter begged off signing it, because as one such frum leader wrote to me, he didn’t want to become “a target of the inevitable barrage of brickbats from all sides of our often immature political and religious spectrum… when you’ve been scarred, you try not to take chances.”

And it was there when a frum writer gratuitously attacked those who did sign the open letter in language so lowly and unbecoming for an erliche Jew.

It’s there, of course, in dangerously metastasized form, in the out-of-control hooliganism on display on the streets of Brooklyn by those who express a strange form of American patriotism that asserts the right to be every bit as lawless and foul-mouthed and violent as any non-Jewish American.

With apologies to Yisroel Besser in last week’s magazine, the problem went far beyond a failure to be “classier than that” and to act “as talmidei chachamim act.” No, this isn’t about acting with class or achieving the madreigah of a talmid chacham. We saw something terrifying in public view, individuals whose hollowed-out Jewish selves have been filled with the sewage seeping in from gentile society, who haven’t the faintest conception of where they live and what their actions portend.

But even more personally disturbing to me were the reports this past summer of an abrasive Trump impersonator making the rounds of sleepaway camps, holding mock campaign rallies and rousing our tinokos shel beis rabban to chants denouncing the local Democratic politicians who govern us. That such nonsense is being instilled at that young, innocent age is truly inexcusable.

And, I will contend, it is there as one factor in the continuing mystery of the observable, ongoing reality that Yochonon Donn last week gently described as “all too many Orthodox Jews have been lax in their observance of the coronavirus regulations.” He goes on to cite several reasons for that laxity, such as “lack of clear direction,” a “deep-seated mistrust of authority,” and an even “more innocent” one: that “many Orthodox Jews believe that they have achieved herd immunity.”

He quotes an Orthodox politician who has heard “a gazillion reasons” for why people don’t wear masks, including herd immunity, but says that “if government is so convinced that there’s no herd immunity, let them make the case for that. You can’t sit back and expect people to trust your word.” So it’s the government’s fault.

Rather than challenge the coherence of these various reasons or how we know they are in fact why fellow Jews are not abiding by medical advice, I’ll just note one factor that apparently doesn’t qualify for even a mention as a possible, partial reason, not even as one in a gazillion: the effect of national politics on mask-wearing and similar habits.

Instead, it seems we will continue to engage in a feat of mental gymnastics whereby we proudly tout supposed solid frum support for the nation’s leader, while simultaneously shutting our eyes tight to the effect on our community of what he broadcasts in word and deed.

Originally featured in Mishpacha, Issue 832. Eytan Kobre may be contacted directly at kobre@mishpacha.com 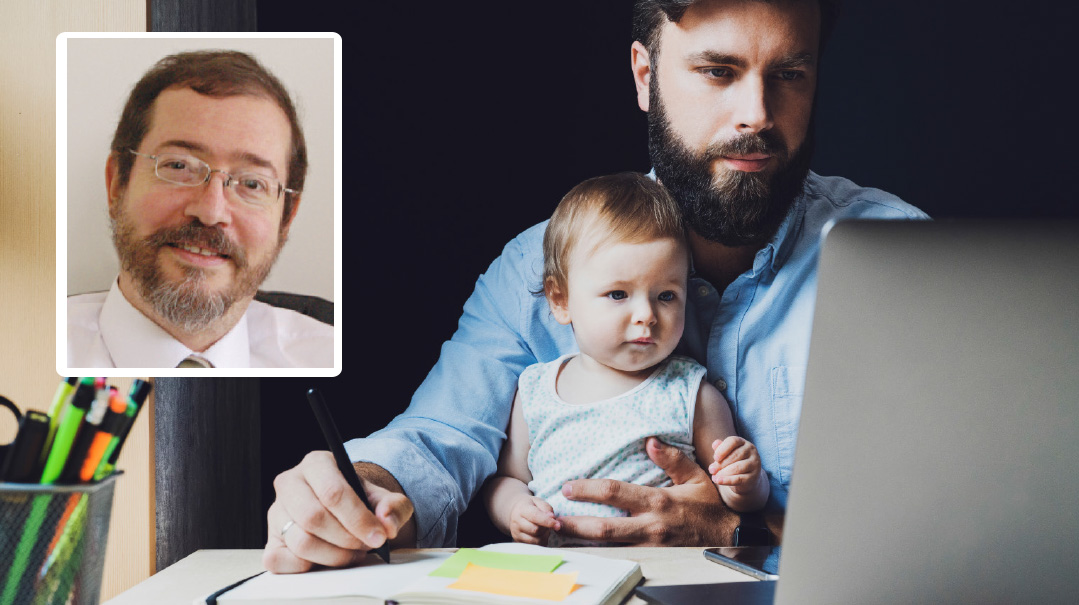