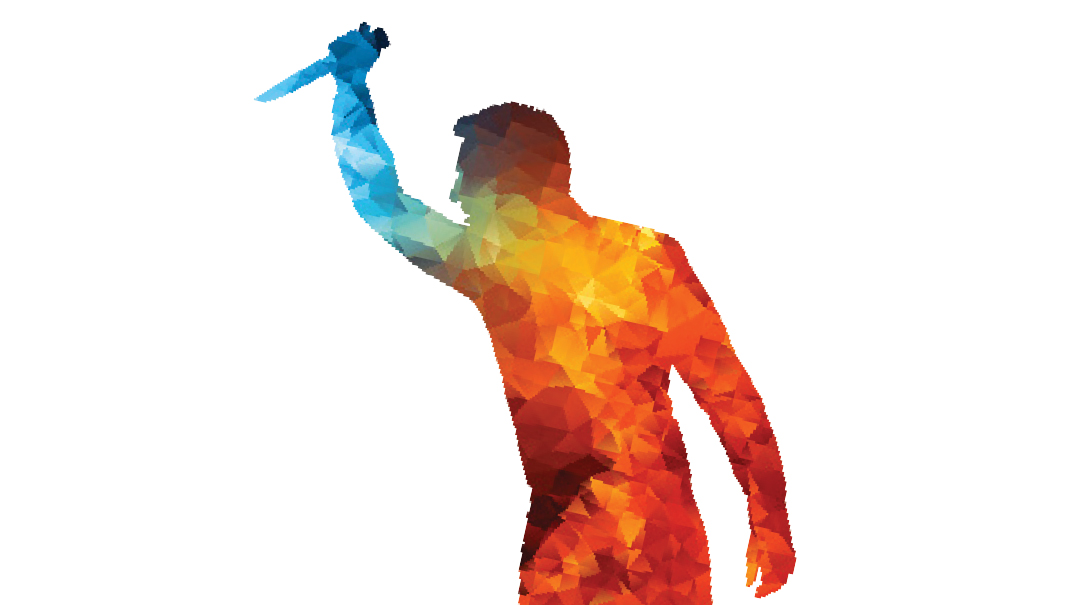 I lived in Communist Russia, where I was studying engineering in university. It was the end of a grueling day, and I was back in my small apartment, doing my homework, when my pencil point broke. (All sketching was done by hand — who had a computer at home?) I couldn’t find my sharpener anywhere, so I headed to the kitchen to look for a sharp knife.

There was a tremendous crash. CRASH! The toilet in the bathroom had just cracked. Instantly, I realized someone had broken into the house through the unbarred bathroom window.

I tensed. I was a young girl, in an empty apartment, and I knew I was in serious danger. I couldn’t flee the apartment — to do so, I’d need to pass the bathroom, which would mean risking a head-on confrontation with a presumably armed burglar.

Still holding that knife, I opened the kitchen door, walked into the hallway — and met the intruder face-to-face. I froze.

The phone rang, shattering the silence. Instinctively, I extended my hand toward the receiver. “Don’t pick up!” the burglar barked.

I trembled. My mind flooded with horrific thoughts and scenarios; I pictured my mother mourning me. But then I steeled myself. Concentrating hard, I commanded myself to focus on the here and now, on his face, twisted into an evil mask.

“Go into the living room!” he barked. As he pointed toward the doorway, I saw a knife in his hand.

On the living room table were two rings I’d removed before going into the kitchen to make myself an omelet earlier that evening. One ring was rare and expensive, an inheritance from my beloved grandmother. The other was my mother’s engagement ring, with a valuable ruby set in it, surrounded by 17 small diamonds.

The thief picked up the rings with his knife. “Who are you?” he asked as he played around with them.

I realized he was referring to my nationality. “I’m a Jew,” I admitted.

He met my gaze. “We share the same blood, then.”

I’d only recently discovered the incredible depth of Yiddishkeit and the Torah, and I simply couldn’t believe that a Jew could steal. “Jews can’t be thieves!” I told him.

He lowered his eyes.

“Let me tell you a story by Jack London, a famous author,” I said. “It’s called The Woman and the Thief.” I still can’t figure out where I got the courage — or perhaps the foolishness — to sit across from a criminal who’d been pointing a knife at my neck and tell him a story, but that’s what I did. I calmly related to him the story about the thief who’d thought he was entering an empty house only to find a woman in the house, who managed to get to the panic button, call the police, and bring about his arrest.

“You should write stories,” he told me when I finished talking. Then he looked down and grimaced, noticing the sewage seeping over the floor (he’d broken the toilet). “Clean it up!” he ordered me. And then he left — without touching me, without taking the rings or anything else in the house.

As soon as he left, I panicked. My control vanished. Suddenly, I was a frightened little girl. I called my parents, hysterical, and ran to my neighbors, who immediately called the police.

A week later, the police took me to a crime-ridden neighborhood in the city for a Russian-style interrogation. There were no facial composites, no books of mug shots — they brought me from hoodlum to hoodlum, pointing at the various frightening faces and asking, “Is this him?”

I had to look into each face to try to identify him, but none of them was my Jewish burglar.

People have asked me if the burglar became a baal teshuvah, if I awakened the pintele Yid within him. It would make a nice ending to the story, but I never heard anything more about him.

The experience did have a profound impact upon me. I never suffered from PTSD or anxiety as a result; to the contrary, it revealed to me an inner strength I didn’t know existed. I learned that I can think logically under pressure, that fear can compel me to act.

Today, I use my memories of the fear I felt in my work as a mental health professional. Fear is not necessarily negative. It can be positive and essential. My experience has helped me help others overcome paralyzing fear. Even horrifying moments have a reason  — and even a foolish thief has a purpose. 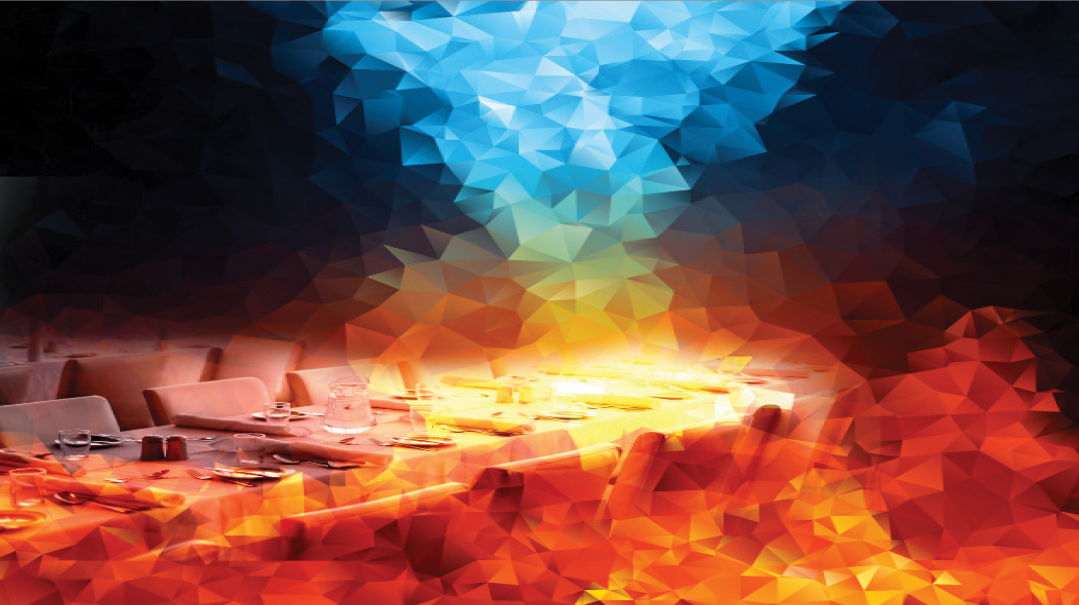 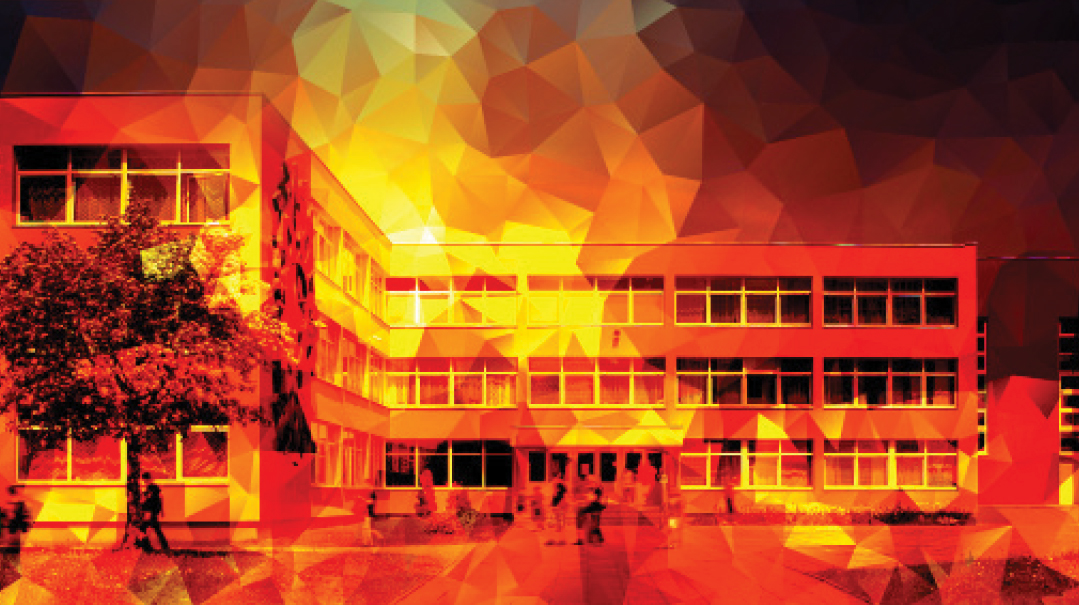 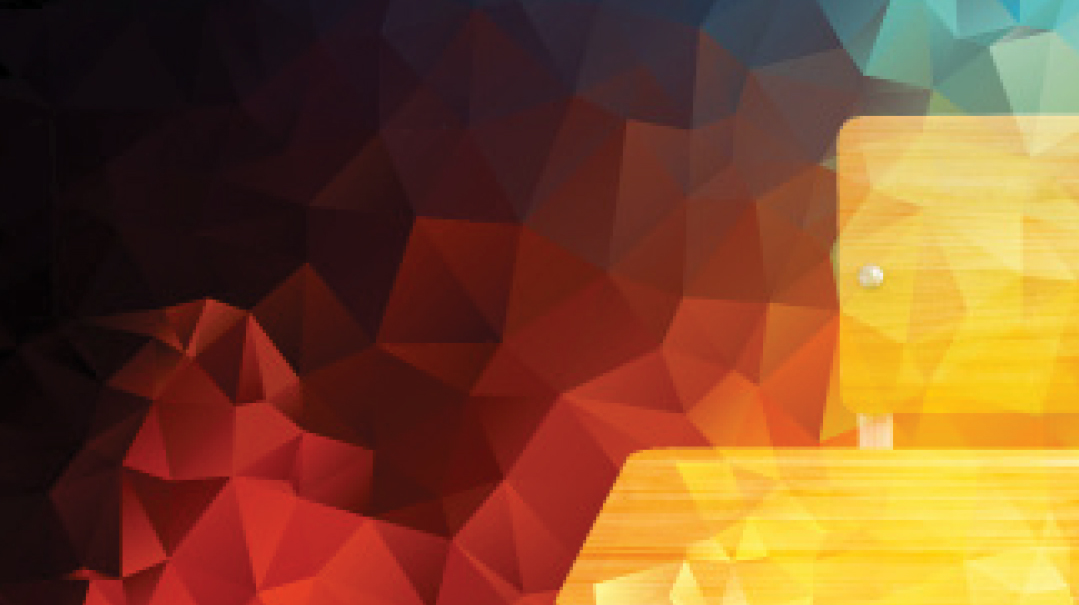