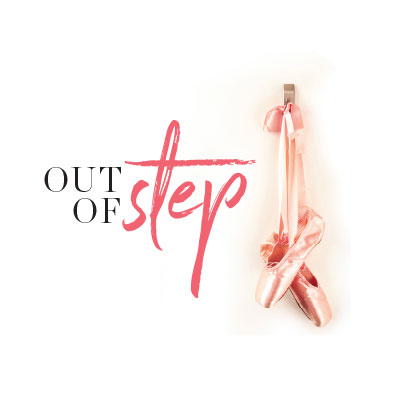 I blink up at Mommy, only vaguely aware that she’s been talking to me for the past two minutes, outlining the rest of the day’s fun events.

“Okay, sweetheart? So, we’re just waiting for an orderly.”

I nod, although I have no idea what Mommy has just told me. Pre-op has been long and nerve-wracking, but that’s not what’s got my brain turned to mush. No, it’s the text message from Pori that has me blinking back indignant tears.

Did Atara know, when she was sitting at my dining room table yesterday eating jelly beans, that she’d be replacing me as winter soloist?

Was she aware that she was Shayna’s next choice? Was she deliberately hiding it from me? I look down at the teddy bear from Atara that Mommy’s placed in my lap. Dumb bear in a dumb tutu, smiling so innocently.

Was she going to keep to my theme idea? My choreography? Would she slip into the role, as if I’d never existed, or will she be making up her own routine?

Mommy starts. “What was that, Bells?”

I sigh. “Nothing, nothing.”

I look around the room and spy another girl around my age lying on a bed. She catches my eye and waves.

Super awkward, the girl’s totally not Jewish, but Mommy gives me a look, so I shrug and wheel my chair over to her. I’m getting pretty good at maneuvering in the thing; at least I haven’t run over anyone’s toes yet.

Although this would be the right place for it.

“Hey,” she says back, tossing a blonde ponytail over her shoulder. “What you in for?”

She makes it sound like jail. “Ruptured Achilles tendon. You?”

The girl shrugs. “I don’t mind pain. I mind having to quit track.”

I wrinkle my nose. “Track?”

“Yeah, competitive running? I’m the best.” She lowers her eyes. “I was the best. All behind me now, I guess. Doctors are pretty sure that if I start running again, it’ll tear again.”

I feel like I’ve been punched in the gut. “So that’s it?”

“That’s it.” There’s such finality in her voice that I need to look away.

“Bella!” I turn; Mommy’s waving me over frantically while an orderly taps his foot near her impatiently.

“You too,” she says, and I wheel myself toward the waiting orderly.

Here goes. Ma squeezes my shoulder, the orderly grabs the handles of my chair, and then we’re rushing, rushing toward a huge elevator, and perhaps the end of my life as a dancer.

I hear the girl’s voice in my head: “that’s it” and I struggle not to throw up all over the impatient orderly’s white Nikes.

Ariella Schiller
Out of Step: Chapter 23

Tears spring to my eyes as I watch the storm in stunned silence. Even the snow gets to dance

Ariella Schiller
Out of Step: Chapter 22

I know what she’s thinking: I’m strong until someone takes away my ballet shoes. Then I just become unbearable

Ariella Schiller
Out of Step: Chapter 21

"I’m sorry I didn’t notice. And I’m sorry you’ve felt so alone in all of this”

Ariella Schiller
Out of Step: Chapter 20

“Bella, I’m sorry you got hurt, but that doesn’t give you the right to hurt other people”

Ariella Schiller
Out of Step: Chapter 19

Naftoli’s eyes are hard, he looks angrier than I’ve ever seen him, and I’m kind of scared to move

Ariella Schiller
Out of Step: Chapter 15

“So, am I dying?” I ask the doctor after I’m lying safely on a bed