As told to Bracha Stein

E
very little girl grows up with dreams of becoming a Mommy. When that doesn’t happen, it’s the ultimate disappointment. I assumed I’d be cuddling babies and wiping sticky fingers right after I got married. But Hashem had other plans for me. He had plans to collect buckets of my tears as I lit my two lonely Shabbos candles, week after week; He had plans for us to be poked and jabbed, probed and stuck, strengthening our bond as we learned to be strong for each other; He had plans for us to take care of his lost children before we could take care of our own.

But let’s be real. Even though Hashem had other plans for me, that time was so painful. My heart yearned for a baby.

We lived in an apartment complex with loads of frum families. I felt like I was living in the land of the kimpetur. Everywhere I turned there were baby carriages and Little Tikes toys, toddlers playing ball, and mothers chatting about the latest sale at Gap, who has chicken pox, who’s making a birthday party.

There was no place for me. I didn’t belong.

My apartment was unbearably quiet. There were no Uncle Moishy tapes playing, nobody to ask, “So, what did you do in school today?” There were no games of catch, no achievement awards or mitzvah notes hanging on the refrigerator.

Springtime was the hardest. I’d return from work tripping over tricycles and hearing the laughter of children coloring with chalk. It was too much to bear. I started coming home at sunset, when the block was quiet, just to avoid the scene. I wasn’t trying to be antisocial; it was just too painful to watch people enjoy what I wanted most in the world.

Infertility is a contradiction. It’s such a private struggle, yet it’s one that’s so much in the public eye. I couldn’t hide the fact that I didn’t have children. When people said “Hello,” they said it to my stomach, not my face. And then the kvatter offers started. No one’s ever showed me a makor for kvatter being a segulah to merit children; it’s a segulah to be embarrassed. The mohel screams “Kvatter!” and dun-dun-dun-dun, make way for the childless couple! It was so painful to get calls from people we hardly knew or from couples so much younger than us. We’d respectfully decline their offers, but some people couldn’t take no for an answer, adding to our pain.

Every Yom Tov brought with it a roller coaster of emotions. I would daven my heart out on Rosh Hashanah and Yom Kippur, listening to the haftarah of Tefillas Chanah, feeling her pain and embarrassment. By Unesaneh Tokef, my tears would flow. Would Hashem finally decide that it was my time? Would a neshamah be born through me this year?

And then there was Simchas Torah, so hard for my husband. He had no child to throw into the air, nobody to squeeze under his tallis for Kol Hane’arim. So we escaped. When someone asked us where we’d gone for hakafos, we said that we’d been all over town. But really, we just made endless hakafos circling the block. On Chanukah and Purim, we tried to create our own simchah and ignore the quiet in our home, but that was impossible to do on Pesach, the chag of mesorah. We had no one to explain Yetzias Mitzrayim to, no one jumping out of their skin waiting for Mah Nishtanah. Finally, we decided to take this Yom Tov by the horns and make our own Sedorim — and what beautiful Sedorim they were!

Shavuos wasn’t as hard as the other Yamim Tovim, but as I glanced out the window while cooking, tears ran down my face as I saw the children coming off the buses from school holding their paper-mache flowers and cupcake Har Sinais.

Four years into our journey, my sister had a boy. We were so excited for them. But as the bris got closer, panic began to set in. We couldn’t go. Not because of them, but because of the all of the ‘Uh... im yirtzeh Hashem by yous” we knew we’d receive. We didn’t have the strength. The morning of the bris, I called and told my sister that we weren’t coming. To her credit, she understood. Please, never judge couples for their reactions to a birth.

Then there were times when someone was expecting, and we were the last to know. We felt like such outsiders, we didn’t want to be a rachmanus. I was always happy to hear this sort of news and so hurt when people didn’t feel they could share this with me. I didn’t want their baby; I wanted my own.

Finally, we had good news. I was expecting. I was on top of the world — Hashem had finally said yes! It was finally my turn!

Then I got the dreaded call. My numbers were dropping, and I was miscarrying. I didn’t know there were such depths of pain. I felt like my heart was ripping in half. To top it off, there had been a birth in the family. Everyone was rejoicing, but nobody knew what was going on with us.

During my years of infertility, every month was a loss for me. It wasn’t just five years that I had to wait to become a mommy; it was 54 months, it was 54 excruciating losses. Infertility and pregnancy loss are heartrending; it’s like a part of you is missing and there is no way you can replace it. We couldn’t just get over it and ignore the pain.

Hashem filled the hole in my heart. He has blessed us with a beautiful family. My home was empty and quiet; now it is full of life and laughter and toys. My days were filled with pain and fear; now my days are filled with joy and excitement. My shades were drawn during the springtime because I couldn’t bear to look out the window; now I stand outside on the sidewalk blowing bubbles with my children.

The nicest thing anyone ever did for us:

When I realized I was miscarrying my long-awaited pregnancy, I called my ATIME friend sobbing. She tried consoling me but it was no use. It was 15 minutes to Yom Tov and I was curled up in bed crying, inconsolable. My husband told all of our extended family that I wasn’t feeling well; I couldn’t leave my room. The next day, my sister-in-law told me I had a visitor. When I came downstairs, a vaguely familiar woman gave me a big hug. I had met her once; she was an A TIMEer who walked for an hour in terrible weather to comfort someone she hardly knew.

Ask us which doctors we’re using, what treatments we’ve tried, or if we’ve heard of this segulah. Infertility is so private, and asking about its details is asking to be privy to the most intimate parts of a couple’s marriage.

Parents, I know you’re in pain too. Seek support, but do it separately from your children. I guarantee they are getting the help they need. They will tell you good news when there is some to tell. Give them privacy. They need it and deserve it. Yes, we want you to storm Shamayim and beg Hashem to end this painful nisayon  —  but please understand that we don’t want to be told you are doing this.

Just because couples are working and don’t have children, don’t assume they’re in a better financial state. It can cost hundreds of thousands of dollars to have a baby.

Secondary infertility isn’t really acknowledged as painful; once a couple has one or two children, people assume that they don’t want more. How wrong that is. The pain is so intense because they know what they are missing.

We rarely got visits from family before we had children, which was so painful. Couples who don’t have children yet still need love and attention. It’s so painful not to have a child to buy afikomen presents for; it’s even more painful to be ignored. We still need to be acknowledged; we need visits and gifts too; we need to feel that we are as loved and important as the other couples with children.

The other day, when I was standing in line at the grocery store, a little girl bumped into me. Her mother said to her, “Be careful not to bump into that mommy!” I’ve been a mother for almost two decades, but that comment still stung; there are so woman who are not yet mommies, and that innocent comment can hurt someone so deeply. 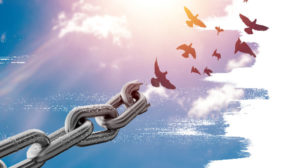 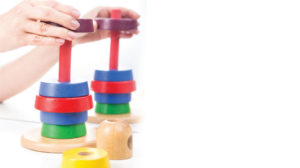 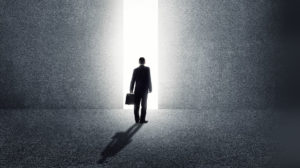 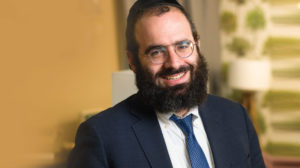