This 15-year-old had been “in and out of rehab” for three years! 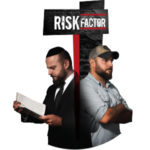 When I was living in Israel, I led a double life. In the mornings I taught in the Derech program of Ohr Somayach, a clean-cut rabbi in a dark suit and white shirt. But I’m also a certified substance abuse counselor, and in the afternoons and evenings I ran a program I had founded with Rabbi Shmuel Rosenberg. We called the program Second Chance.

Shmuel was also a rebbi and drug counselor, and he and I would get countless similar phone calls: My kid (or my student) is in a mainstream yeshivah but he was caught doing drugs, please help me get him into a program that can help him. The problem was that many of these boys were first-time offenders, or only “social substance abusers.” It was still a severe problem, but the standard rehab program wasn’t the answer — it would only serve to educate them about things they had no thought of doing (yet). So we created Second Chance, where we worked together with the schools to keep the kids in their current environment while receiving one-on-one drug counseling, testing, and evaluations. We also provided a curriculum schools could use to educate their staff and students about substance abuse. Second Chance enabled us to treat the problem without making it worse.

Both my jobs involved quite a bit of travel between Israel and the States. On one such trip a meeting ran overtime and I found myself stuck in standstill traffic on the Belt Parkway in Brooklyn with the clock ticking mercilessly toward my flight. Of course, it was Thursday, which meant if I missed the flight I was stuck in the States over Shabbos — and I was scheduled to speak at a Shabbaton in Yerushalayim. I channeled my inner Israeli cab driver and swerved in and around other cars. Then my phone rang.

“I’m calling about my brother-in-law,” Simcha said. “He’s been out of his latest rehab for a week and it’s not going well. His father is taking him to Israel to try to find a program that can help him, but they need some hadrachah.”

“I would love to help,” I said, finally getting off the highway at JFK, “but I’m about to get on a flight. Tell him to call me when I’m through check-in — give me an hour.”

“This is Jason. My son-in-law, Simcha, told me to call you.”

Time flies, I thought. “So give me the background,” I said.

“The background is that my son has been in and out of rehab for the past three years,” he said. “We need a miracle.”

Jason was going through one of the worst experiences a parent can have. But I don’t like the m-word. When people are looking for a miracle, they miss the teva right in front of their eyes.

“Which facilities has he been to?” I asked. Jason named a few.

“Look,” I said, “I gotta go through security. Let me think about it. Call me back in an hour.”

I thought about it as I stood on lines and then on other lines and emptied my pockets and took off my shoes and put them back on. If we had any chance of keeping this kid sober, we needed to get him into a good program now, while he was still clean. I made a mental list of some sober living programs that might be a good fit. By the time I got to the airport lounge I had missed three calls from Jason. I called him back, no answer, waited a few minutes, still no answer. I went to the gate, boarded, tried one more time — straight to voice mail.

I turned off my phone and sat down.

My seatmate didn’t look too happy to meet me. “Just my luck,” he grumbled into his phone. “I have to sit near a goy.”

I leaned back in my seat and pulled my baseball cap low over my eyes. When I’m in the yeshivah I look like a rabbi, but when I’m in drug-counselor mode I often meet clients who’ve had negative experiences with rabbis or who nurse resentments toward Yiddishkeit. My rabbi-look shuts them down, so I’ll wear a baseball cap and polo shirt just to give everyone a chance. A pity my seatmate didn’t like it, but I had spent two weeks traveling through five states and 15 cities, I hadn’t slept in 36 hours, and now I was going to sleep… until someone ripped the cap off my face.

I opened my eyes to find myself staring at me. Literally. The guy who had woken me was holding his phone inches away from my face, and on the screen was a picture of… me.

“You’re the rabbi,” the guy said. It was a statement.

“What?” I said, disoriented.

“What?” my seatmate said, in disbelief.

“I’m Jason. The guy you were talking to before. Come to the back and talk to my son.” Again, a statement.

Back at his seat, Jason introduced me to a boy of about 15 who I assumed was the younger brother of the boy Jason wanted me to talk to.

“So,” Jason began, “we were thinking about David’s needs. He doesn’t want to be totally cut off from the world, and—”

I tipped my head toward the younger son. “Should we talk about this privately?”

Jason looked confused. “I thought if you met him, you’d get a better understanding.”

My heart broke. This little kid was the one. This 15-year-old had been “in and out of rehab” for three years!

When he left I turned to David. “You were 12 when you first went to rehab?”

“Yep. I was caught smoking pot at my friend’s house. He said it was mine, his parents told my parents I was selling drugs.” He looked away. “A week later I was in rehab.”

Bad news. Whenever a kid is caught acting out — even doing drugs — you need to react carefully. Any course of action should be carefully considered and guided by a professional who has experience with the problem. A parent or school cannot make a decision, or even a recommendation, on their own. Sometimes people think they need to react strongly, “nip it in the bud.” You hear people say that there’s “no harm in staying on the safe side and sending a kid to rehab.” Wrong. For someone who isn’t ready, or is too young, the experience of rehab can be catastrophic.

It was for David, whose primary issue wasn’t drug use — it was the abuse he’d suffered that had led him to using drugs as a means of coping. Instead of shipping David off to rehab, Jason should have brought in a professional to evaluate David and discover and treat the root of the problem.

Maybe Jason thought that dropping a nuclear bomb on the problem would solve it. Or maybe, as David believed, Jason just didn’t want him around the community. Whatever the case, it was a disaster.

I talked to David in the back of that plane for two hours. It was a wrenching conversation, one I wish I could forget. When we were done, I told Jason that he didn’t need to find David a drug program in Israel, he needed to go back to the States and get David the kind of therapy he really needed. Jason thought he knew better, but three months later he called me for the contact information. David had overdosed; he had survived; Jason was willing now.

I’ve been following David’s progress. With the right kind of therapy, he has succeeded in making fantastic progress and has become a strong positive force in the sober living program he’s part of. He’s especially popular among the younger members of NA, with his unique ability to relate to their experiences.

A success story, but bittersweet: because most of David’s story could have been prevented by asking advice from the right people at the right time.