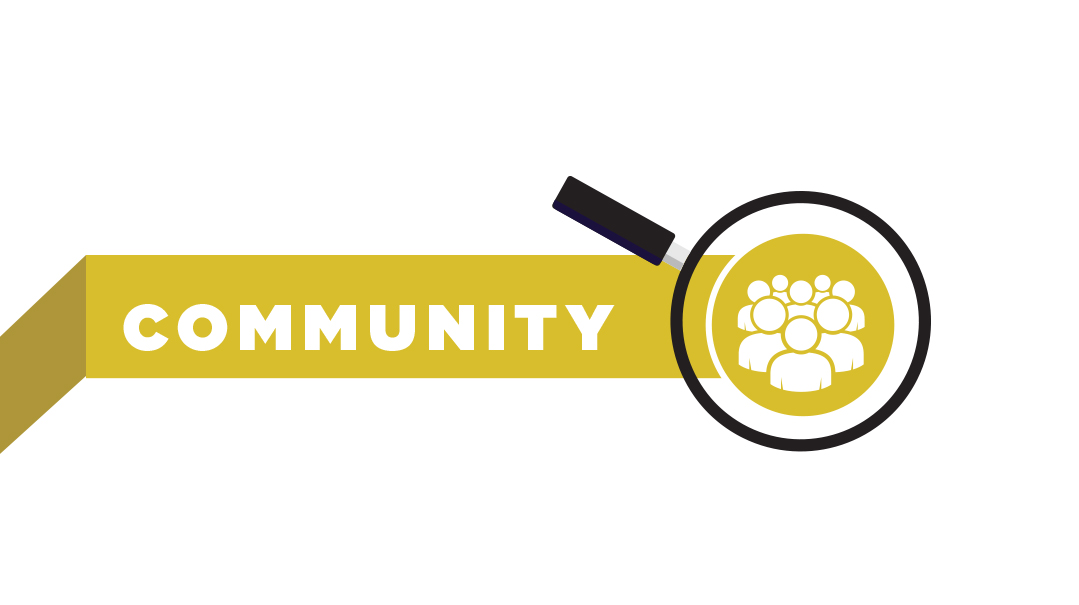 Since its December 2019 outbreak, COVID-19 has rapidly spread into a deadly global pandemic and created an unprecedented international challenge that rivals the turmoil seen in times of war. Families are sequestered together, economic constraints are increasing, and home schooling is hampering the educational and social development of school-aged children across the world. Religious institutions and practices are also being impacted through shut-downs of public prayer and religious study. All of these are bona fide reasons for stress, anxiety, depression or worse, particularly within religious communities. Yet my research suggests that the Orthodox Jewish community is thriving.

In the first weeks of the pandemic, my colleagues at Touro College and I collaborated with several prominent Orthodox clinical scientists including Drs. David H. Rosmarin, David Pelcovitz, and Yitzchak Schechter, to study the experiences of COVID-19 within the community, as well as coping methods and mental health implications. We collected the responses of over 1,000 members of various Orthodox Jewish communities across the United States. The overall picture that emerged was of a community drawing deeply from its time-tested resources, and as a result, successfully weathering the current storm.

Our findings are consistent with widespread perceptions that Orthodox Jews have higher levels of exposure to COVID-19 than the general population. Specifically, 17 % reported having a confirmed or suspected infection, 34 % reported direct contact with someone infected, and 43 % reported that someone close to them was infected. Yet our results suggest that this was not due to laxity in adherence to legal and medical guidelines. On the contrary: 87% reported adhering “very much” to social distancing requirements, safe handwashing practices, and isolation/quarantine with only 1% reporting adhering “not very much” or “not at all.”

So what explains the higher level of contagion? While we do not have direct data, it is likely due to: 1) Those having personal experience with COVID-19 being more likely to participate in our survey; 2) Orthodox Jews’ tendency to live in large metropolitan areas that have had high rates of exposure; 3) Large family size, which increases the likelihood of exposure; 4) Initial spreading of COVID-19 in the US occurred during Purim and Pesach when many travel and gather in large groups with friends and family.

Despite higher risk and exposure to COVID-19, respondents to our survey on average reported only slightly more than “a little bit” of impact in 12 different key life domains (see Figure 1). Work, family, finances, and fitness emerged as areas of slightly higher impact, while faith in G-d, religious observance, and character (e.g., patience and kindness) were hardly impacted at all. This is particularly striking, considering that so many Orthodox religious practices center around communal involvement — from davening with a minyan to learning with a chavrusa. Thus, while COVID-19 may have impacted our ability to connect with each other in shul, for most of us, it has not taken away our sense of connection with Hashem.

In terms of mental health, only 13% of respondents reported experiencing anxiety and depression during the initial weeks of the COVID-19 pandemic, and a slightly higher 22% reported some trauma symptoms related to COVID-19 such as persistent thoughts, difficulties relaxing and sleeping, hypervigilance, and hyperarousal. We also found that the vast majority of community members (82%) reported that COVID-19 had a positive impact on their lives, such as more family time, refocusing on important priorities, engaging in new activities, and reconnecting with friends and family. These findings are in stark contrast to the general population, where levels of anxiety and depression are at all-time highs, and positive effects of COVID-19 are almost unheard of.

In terms of specific groups, older adults in our sample tended to report less negative impact and less distress, but also reported less positive impact. Those with larger families tended to report higher impact on work and finances, but also reported higher positive impact. This may reflect, on one hand, the difficulty of working from home while caring for a large family and small children, and on the other, the benefits of being able to spend more time with them. There were also small but consistent gender differences as women in the sample reported higher levels of negative impact than men particularly in areas such as sleep, family, and emotions, which may reflect increased housekeeping and childcare responsibilities and severely curtailed assistance such as cleaning help and babysitting. There were only minimal differences between respondents from different locations (e.g., New York & New Jersey versus out of town) and communities (e.g., “yeshivish versus “Modern Orthodox”). Nearly all had similar levels of exposure, impact, distress, and coping.

What might explain this discrepancy between high levels of exposure and risk versus low levels of impact and mental health concerns? We believe that this is largely due to the strength that emunah and bitachon provide, and our data supports this idea. Specifically, many respondents endorsed using positive methods of coping such as accepting reality, looking for something good in it, taking action, and finding comfort in religious beliefs and prayer — all of which correlated with less impact and better mental health.

On the other hand, negative coping methods such as denying reality, giving up, using alcohol or other drugs, expressing negative feelings, and blaming themselves were far less frequent and correlated with more impact and poorer mental health (Figures 2 & 3).

In fact, the most powerful predictors of better outcomes was sincere religious belief, trust in G-d, and use of religious coping strategies, while those that fared poorest reported less sincere beliefs, mistrust in G-d, and struggles such as questioning G-d’s intentions and ability to help. However, this was far less frequent in our data.

Another explanation for why Orthodox Jews seem to be faring so well, despite higher risk and exposure, is community support. We have all witnessed an incredible collective outpouring of assistance and support from organizations and individuals including food distribution, financial support, medical care, and plasma donation. Our data suggest that this active form of communal support and coping helps those who receive these acts of chesed, and those who provide it as well. Of course, while these trends are true on average, many members of our community have experienced profound loss and challenges, and data cannot address these personal experiences. However, as a whole our community is using the generous resources our mesorah provides and is (really) faring well.
(Originally featured in Mishpacha, Issue 811) 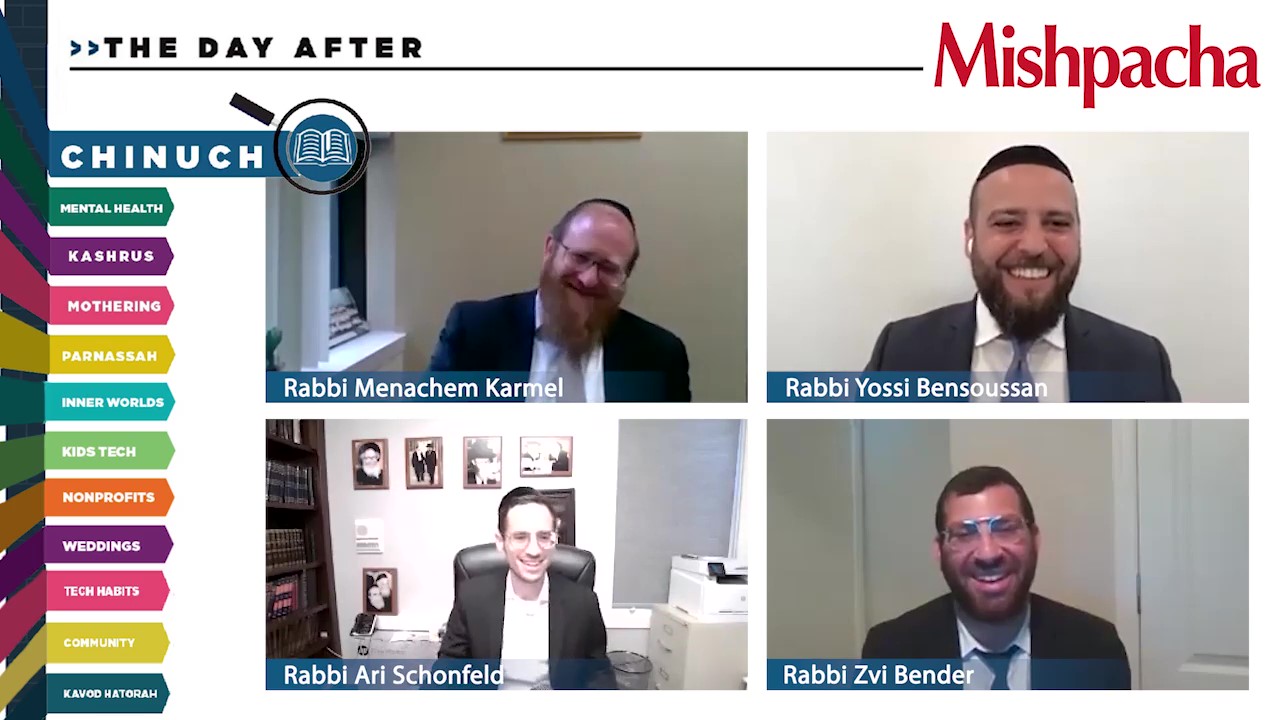 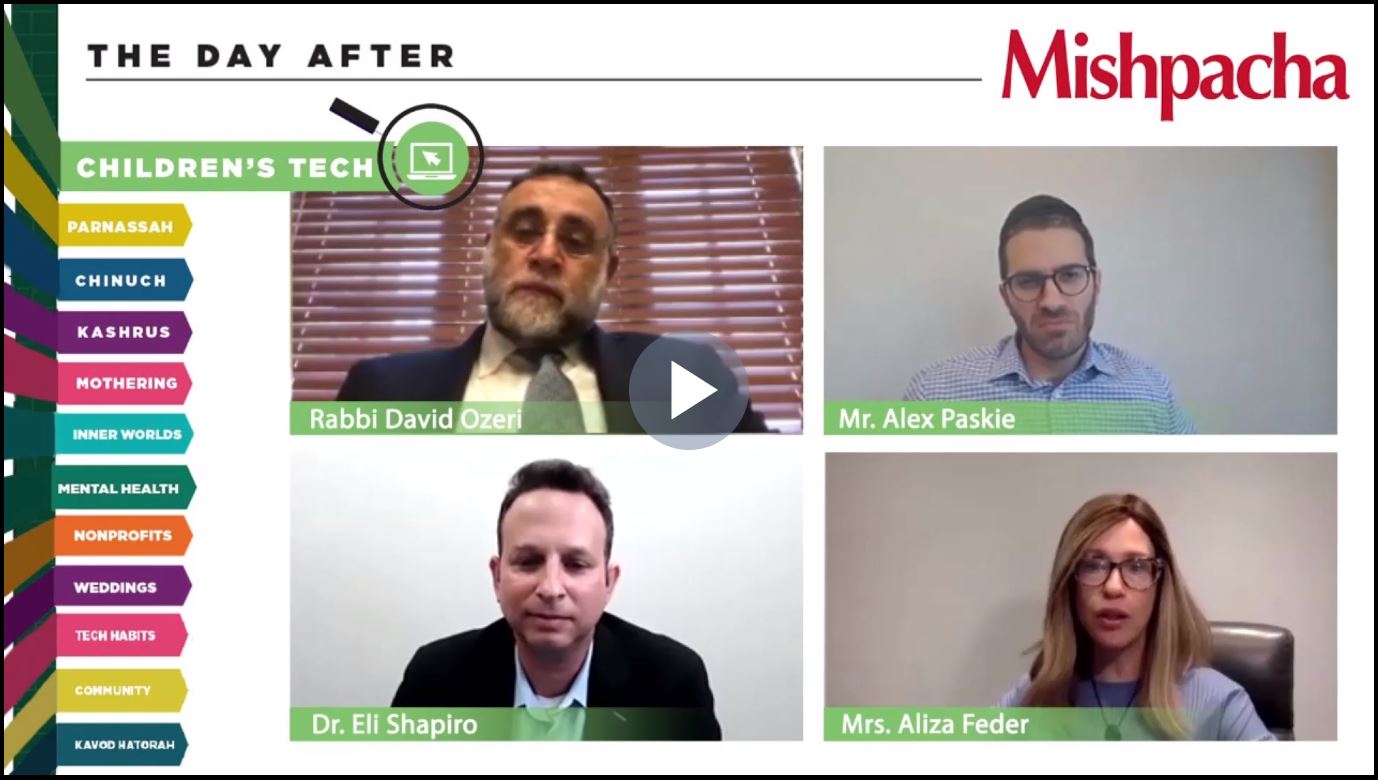 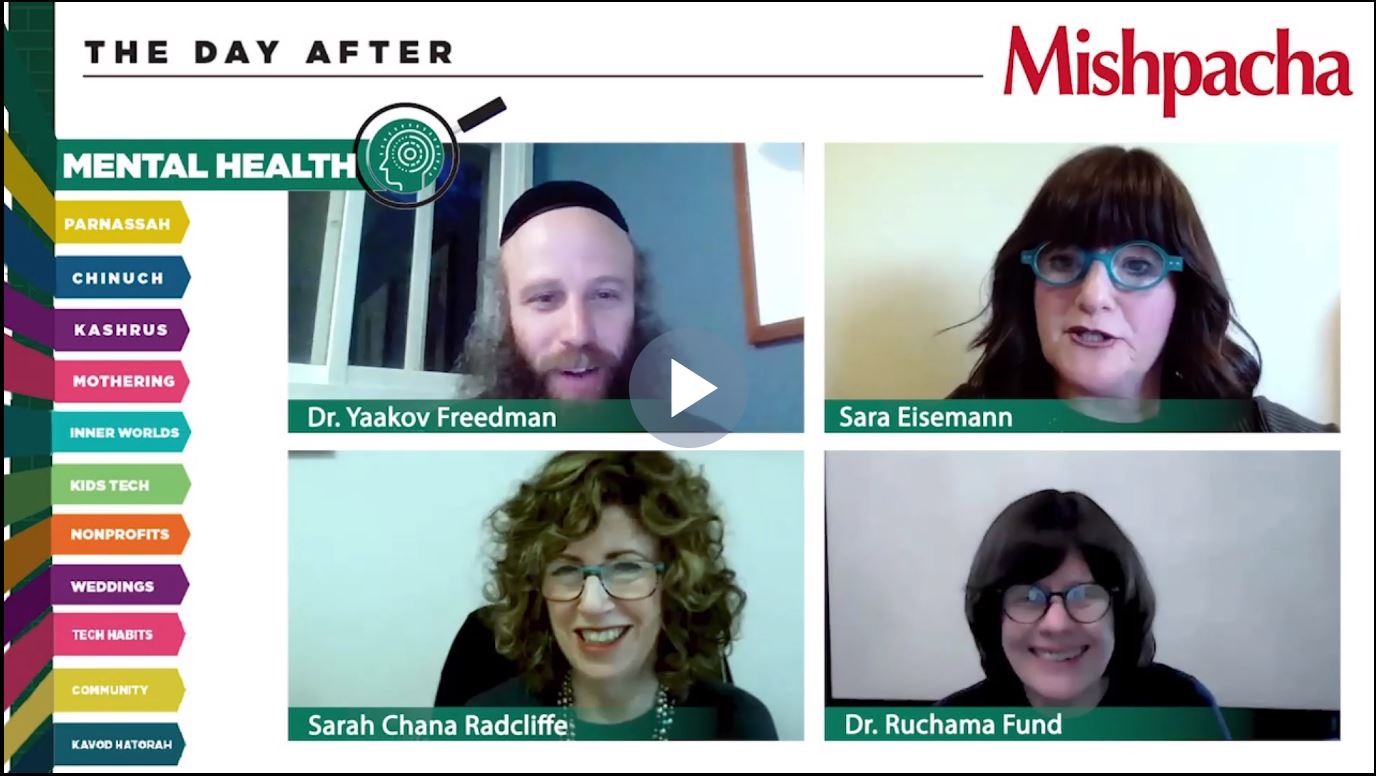 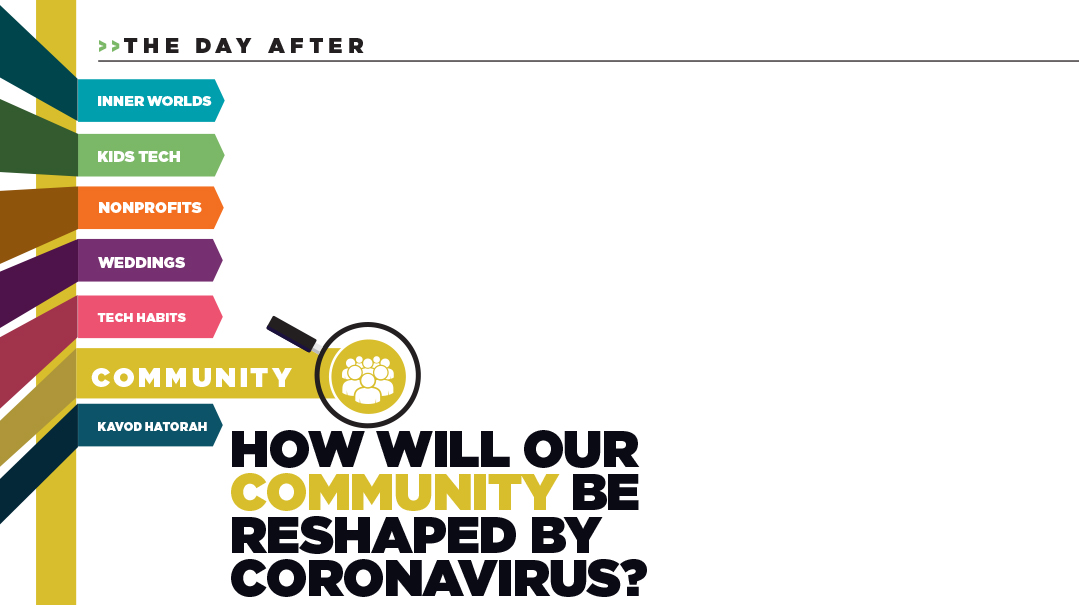 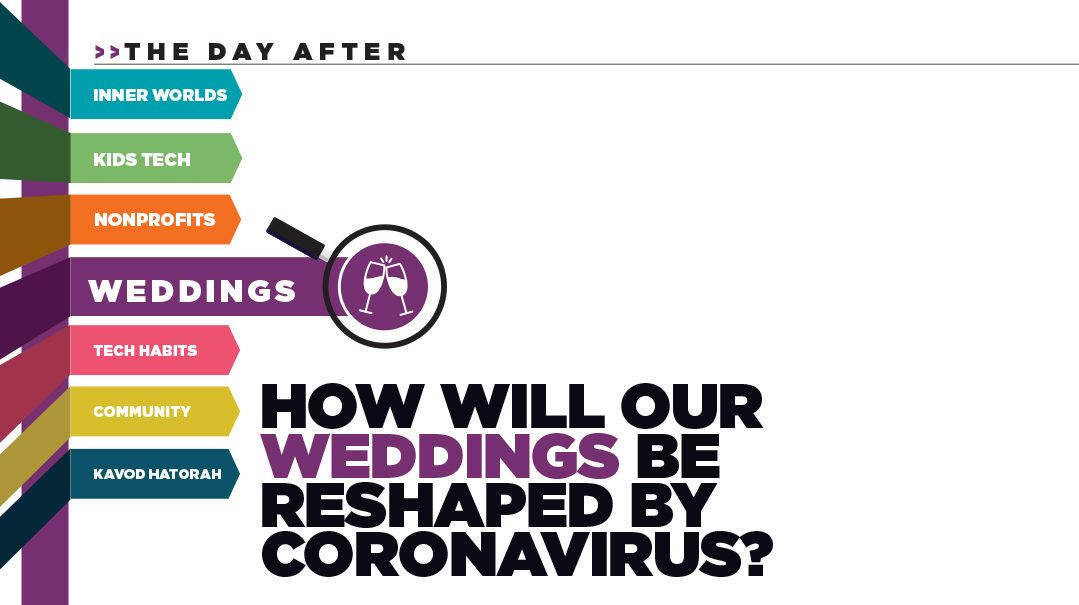 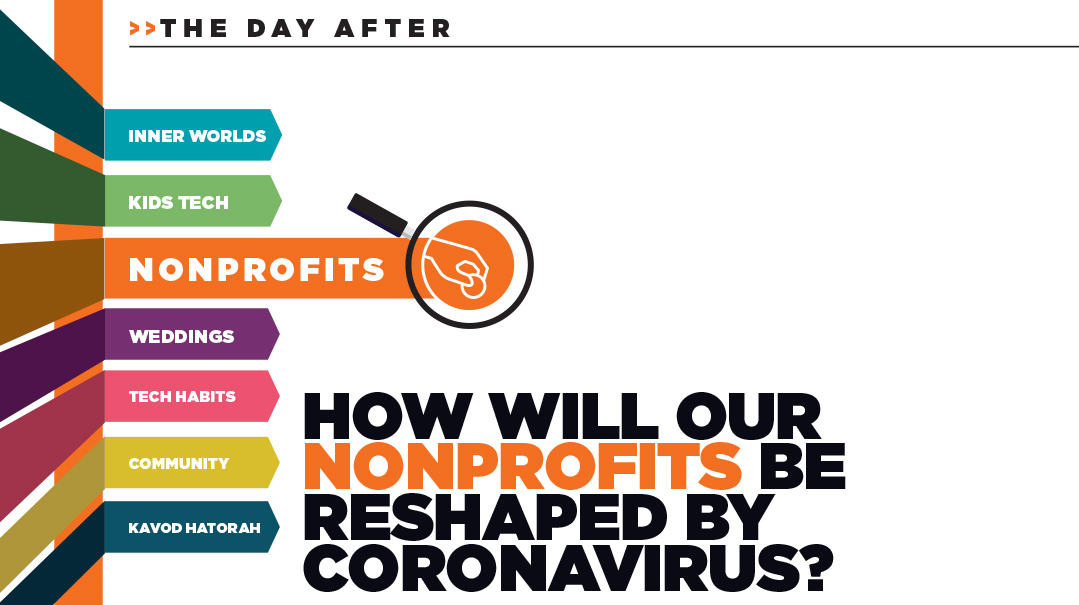