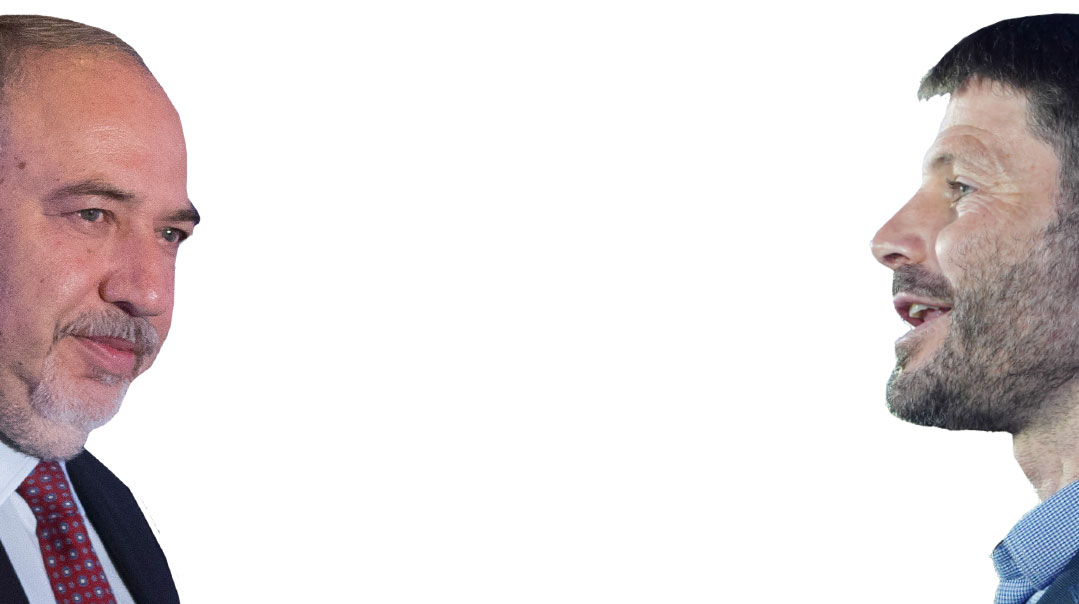 Two inconclusive elections in six months prove that Israel’s fractious and fractured right-wing has lost altitude, despite polls showing that a majority of Israeli voters are right-wing.

To a major extent, the blame for that falls on Binyamin Netanyahu’s shoulders as both 2019 elections have been a referendum on his rule.

It’s time to face facts. Despite Netanyahu’s numerous accomplishments during his record-setting tenure as prime minister, he failed to lead the right-wing bloc to victory in two successive elections.

Politics is like football. Winning isn’t everything, it’s the only thing. Bibi is like the coach whose team is trailing with less than two minutes to go and has used his last timeout.

The right can list a lengthy litany of political mistakes that cost them the past two elections. I would go back further and suggest the erosion of support for the Likud took root when Bibi embraced the two-state solution at a 2009 Bar-Ilan University address. His recent disavowal of the term, with the backing of President Trump, was too little and way too late. Netanyahu’s speech provided cannon fodder to challenges from rival right-wing parties, who contended that Bibi and the Likud could no longer be trusted as leaders of the right.

The main thorns constantly poking Netanyahu’s right flank for the past seven years have come from Naftali Bennett and Ayelet Shaked, who came to power in the 2013 election as leaders of a newly reconstituted national-religious party, Bayit Yehudi.

Both Bennett and Shaked had worked for Netanyahu in his prime minister’s bureau, with Bennett once serving as Bibi’s chief of staff. When I interviewed Bennett before the 2013 election, he told me: “Netanyahu is a good guy. His heart is in the right place. He needs someone to strengthen his spinal cord, to be there, to help him.”

In the past six years, Bennett often seemed to work at cross-purposes, courting right-wing votes religiously, insisting he would be much tougher in dealing with Hamas, and speaking up at cabinet meetings challenging  Netanyahu’s often tepid responses to Hamas provocations.

Shaked, in the meantime, proved her political mettle and cemented her right-wing credentials by using her term as justice minister to press for widespread judicial reforms, seeking to curb the Supreme Court’s gluttonous appetite for power.

Yet Bennett and Shaked failed to make their party a long-term, viable right-wing alternative to the Likud. They often represented an indigestible mix of religious and secular. And this past election was very much a choice between one or the other.

You can’t campaign at a hesder yeshivah at 7 p.m. and at a Tel Aviv nightclub at 11 p.m., as Bennett did, and convince both that he was cut from the same cloth as them. Bayit Yehudi got wiped out in the April election, and reconstituted itself again, winning seven seats last week under Shaked’s leadership.

But the party is still conflicted between religious and secular branches. Shaked shoved aside Rabbi Rafi Peretz for the leadership spot, but faced a challenge from fellow party member Bezalel Smotrich, who also coveted the Justice Ministry seat that Shaked would like to reclaim. Smotrich committed an egregious political error in demanding the Justice Ministry serve as the vehicle through which Torah law would be restored to the Land of Israel. That’s the job of Mashiach, and not the justice minister. Smotrich needlessly spooked the average secular Israeli who respects but doesn’t practice Judaism.

The secular left-wing parties drove caravans of voters to the polls through the eye of the needle that Smotrich opened and turned the campaign into an existential battle for the soul of a secular state facing extinction from religious coercion.

No longer do the right and left argue over the risks or rewards of land for peace. Across the board, whether your name is Binyamin Netanyahu, Benny Gantz, Yair Lapid, or Avigdor Lieberman, the consensus is there can be no peace between Israel and the current leadership of the Palestinian Authority and Hamas.

Today, the right and left fight tooth and nail over two issues: the precarious balance between religion and state, and the mounting power struggle between the Knesset and the Supreme Court.

There is a trend toward a hawkish secularism in Israel, as evidenced by Gantz’s rise from the ranks of IDF chief of staff to potential prime minister  and tough-talking Avigdor Lieberman’s emergence as coalition kingmaker.

Israelis want a government that will let them sleep at night — in their beds and not in sealed rooms — by forcefully deterring our enemies. There’s no daylight between the right and left when it comes to the peace process, or lack of it.

That wasn’t the issue in this campaign. The campaign revolved around two issues. Should the status quo — the balance between religious and secular affairs — that has governed the state since its founding in 1948 be maintained or torn down? And is the Knesset really the supreme lawmaking body in Israel, or does the Supreme Court always hold the upper hand, with the prerogative to cancel laws it deems “unreasonable”?

It will take a few weeks of coalition negotiations to determine if Israel will need a third round of elections to straighten this out, or whether a newly empowered secular-left coalition gains power to ram through their progressive agenda, or if the right-wing parties — who are clearly the underdogs at this stage — are able to somehow conjure up a political miracle and snatch victory from the jaws of defeat. 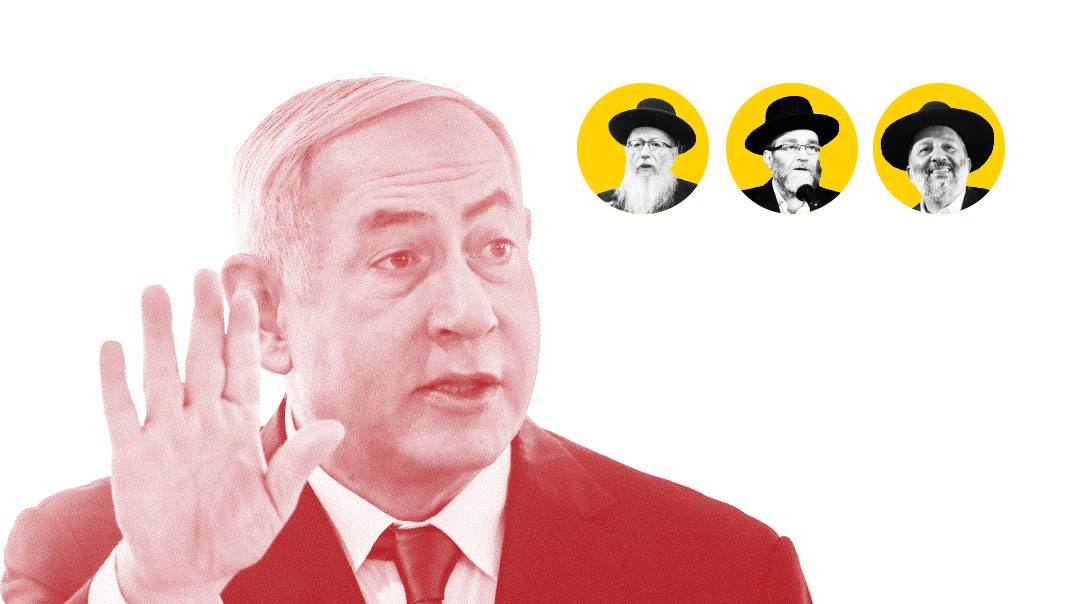 If Bibi is serving as a minister, his political life is over. But if he’s the prime minister, he can fight the charges while in office 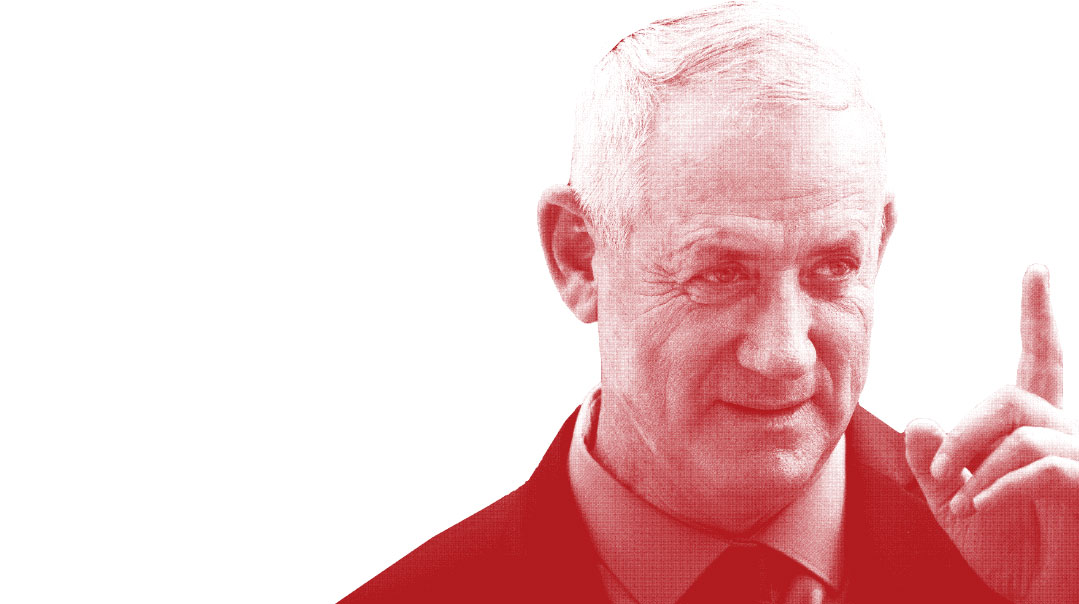 Omri Nahmias
The Center-Left Is Back