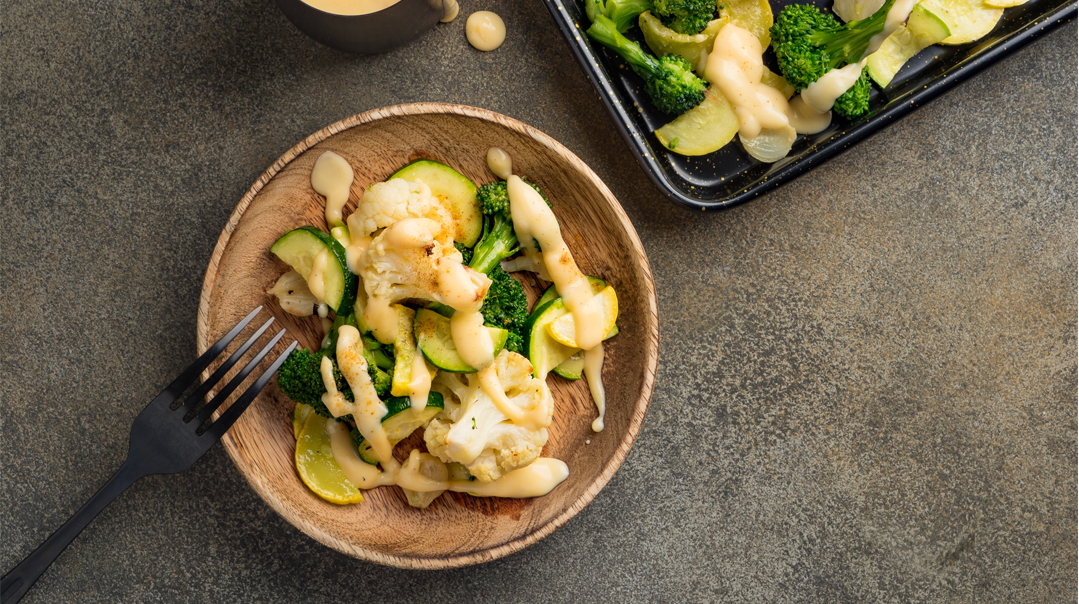 This delicious combo of roasted veggies takes on a whole new meaning when it’s smothered with a heavenly cheddar sauce. When Faigy used half the recipe to create a rich and creamy soup, it only served to enhance the blend of flavors. For all cheese lovers out there, this one’s for you!

Preheat oven to 425°F (220°C). Spray two large baking sheets with cooking spray. In a large mixing bowl, toss vegetables with olive oil and sprinkle with garlic powder, salt, and pepper. Once coated, spread evenly over the two baking sheets. Roast for 20 minutes. Swap racks for even cooking and roast for an additional 20– 25 minutes or until veggies are tender and browning on top.

Meanwhile, prepare the cheese sauce: Melt butter in a medium saucepan. Add flour and whisk together with melted butter, mixing quickly to prevent burning. Once combined, pour in milk and bring to a low boil, cooking until thickened, about 5 minutes. Add shredded cheese and spices and mix well until cheese is melted. Remove vegetables from oven and drizzle about ½ cup of hot cheese sauce over each pan. Return to oven for an additional 5 minutes. Serve immediately.

Place one pan of roasted veggies in a large pot, along with 2 medium Idaho potatoes, 5 cups water, 5 tsp chicken soup mix, salt and pepper to taste, ¼ tsp cayenne pepper, and ½ cup milk. Bring to a boil and lower heat. Simmer for 30–40 minutes until vegetables are tender. Blend with an immersion blender until creamy. 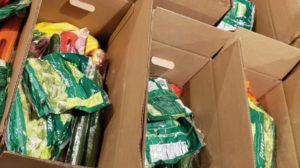 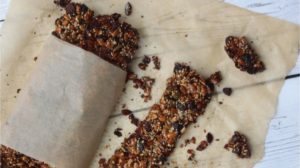 | Recipes |
A Health Bar without the Nuts
Beth Warren 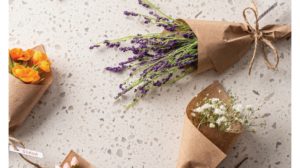 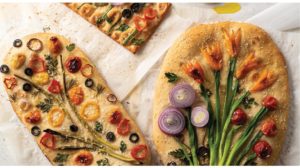 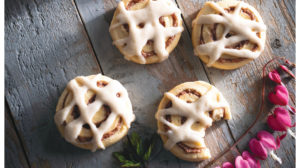 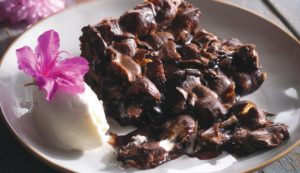 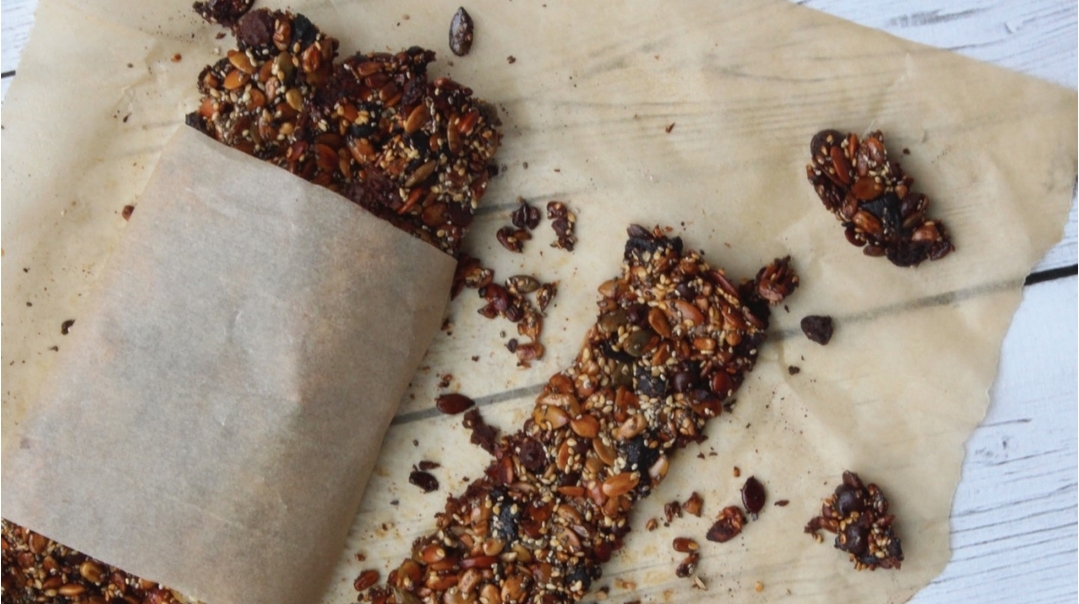 Beth Warren
A Health Bar without the Nuts

The perfect tasty solution for people with food allergies and kids who attend nut-free schools because it’s made from an array of seeds. 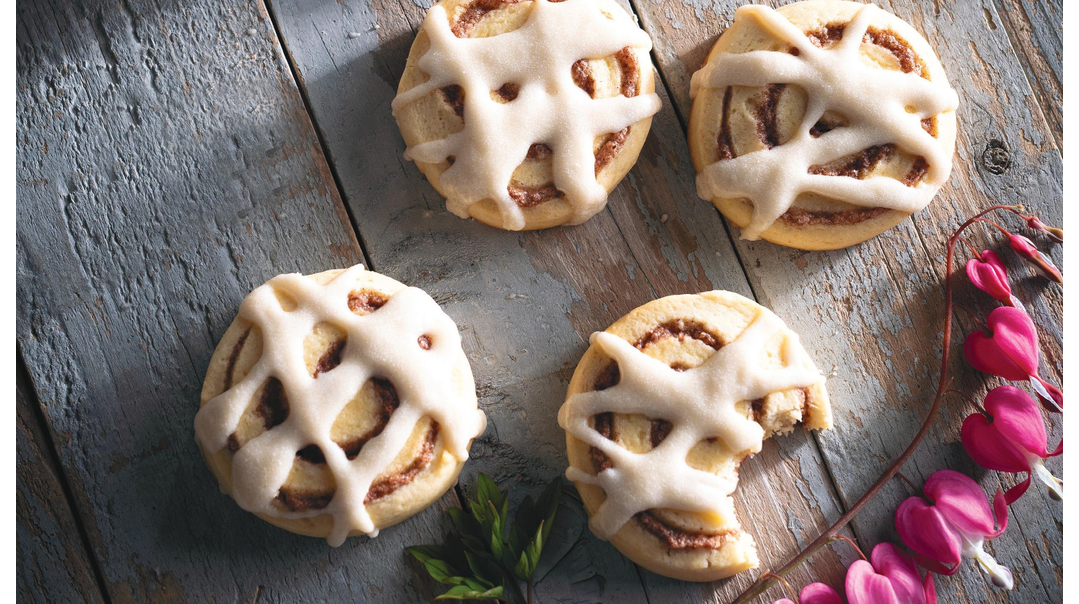 These cookies are absolutely divine. Maple and cinnamon pair so well together, and the cookie dough is irresistible! I’ll have to add this recipe to my Shavuos repertoire. The problem is, as the “repertoire” grows, so will I! 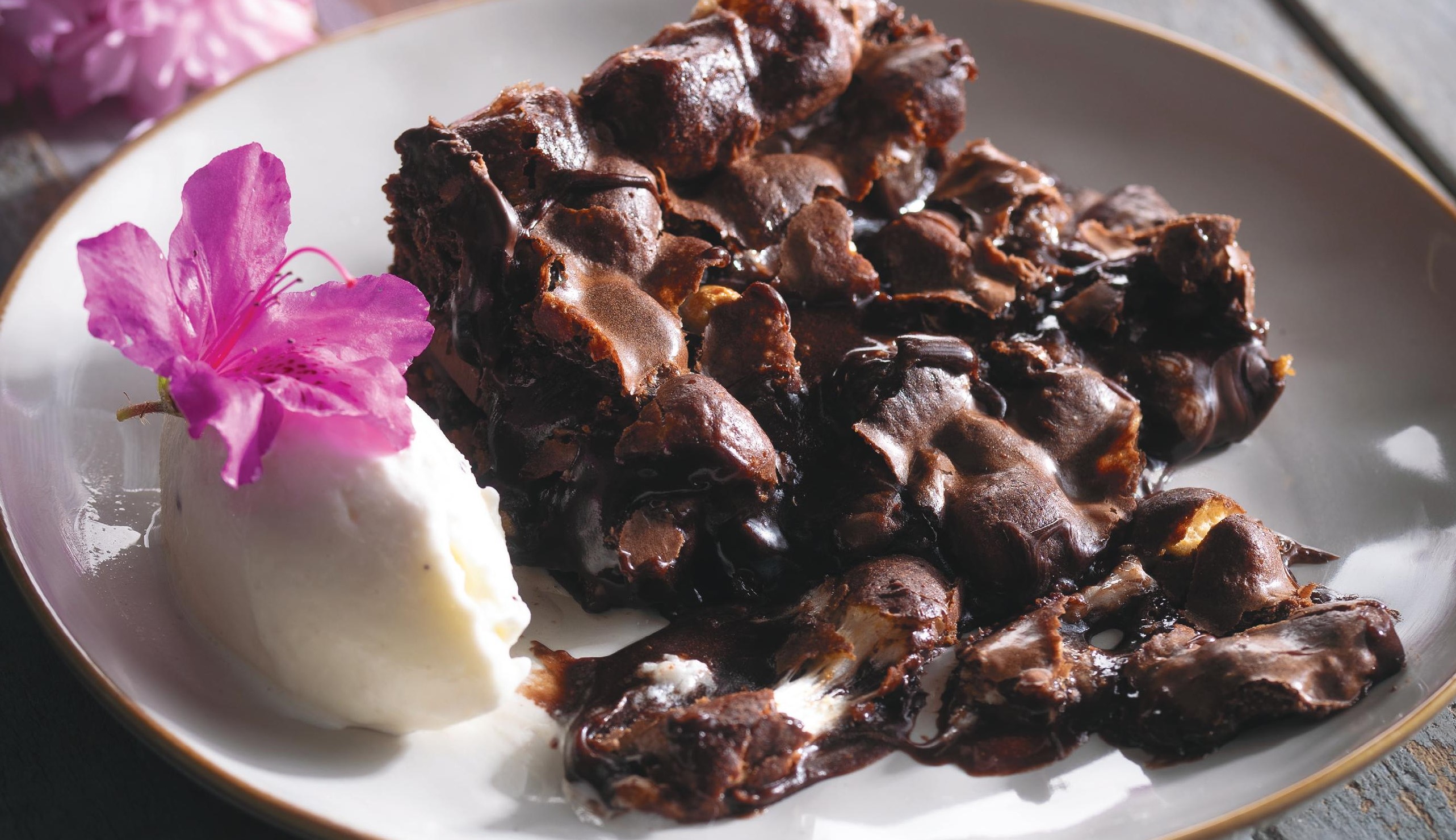 One bite and you’ll be sold! 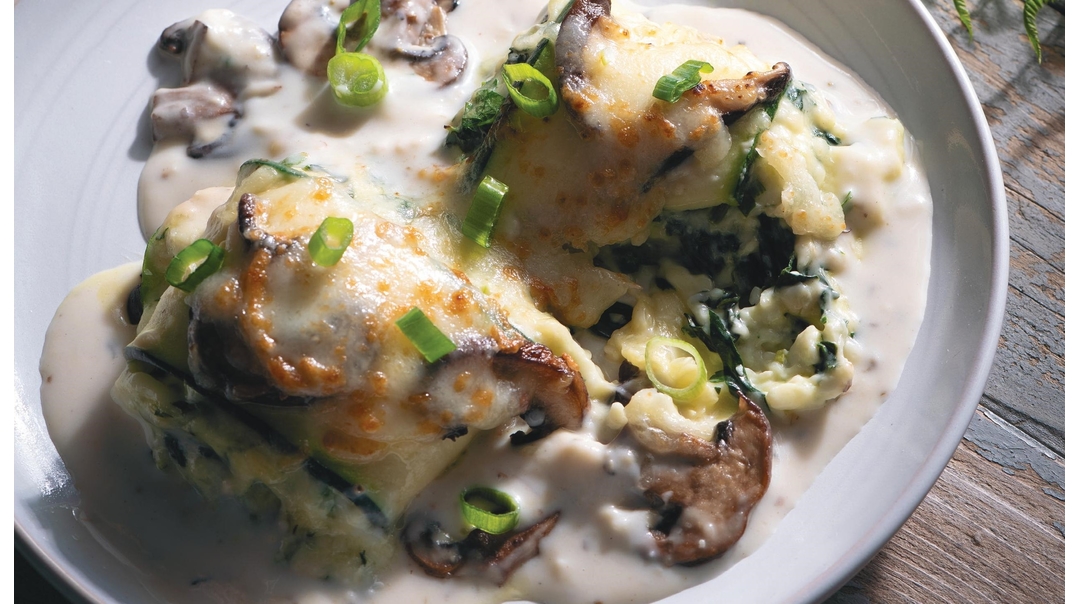 Attention all mushroom and cheese lovers, this may just become your new favorite way to make lasagna! 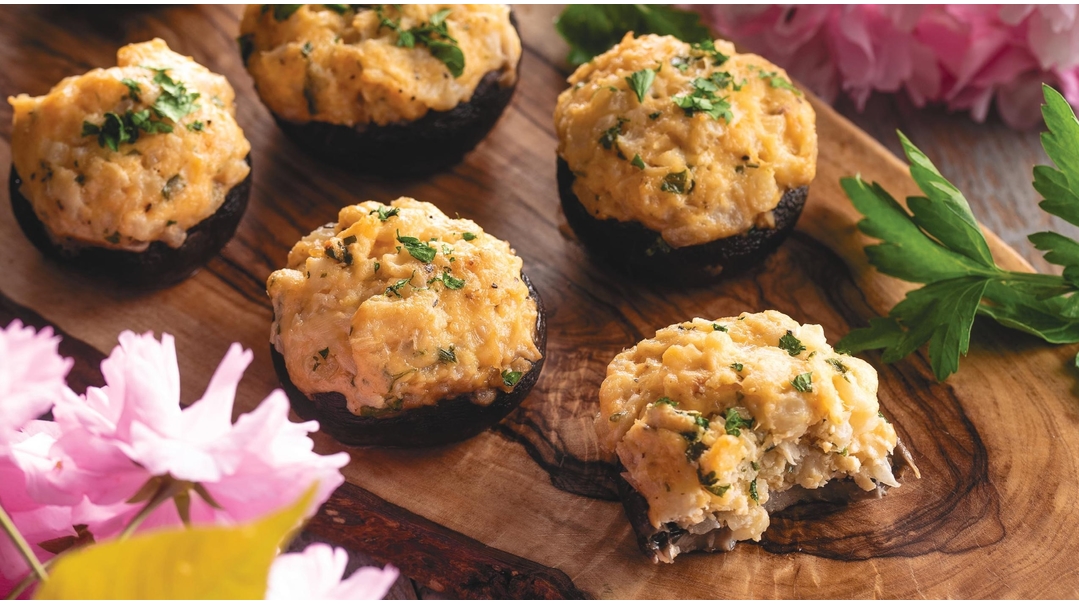 I whipped up a batch of these and went out to run an errand. I planned on having the family test it out later. Came home and all that was left was an empty pan on the counter. The end. 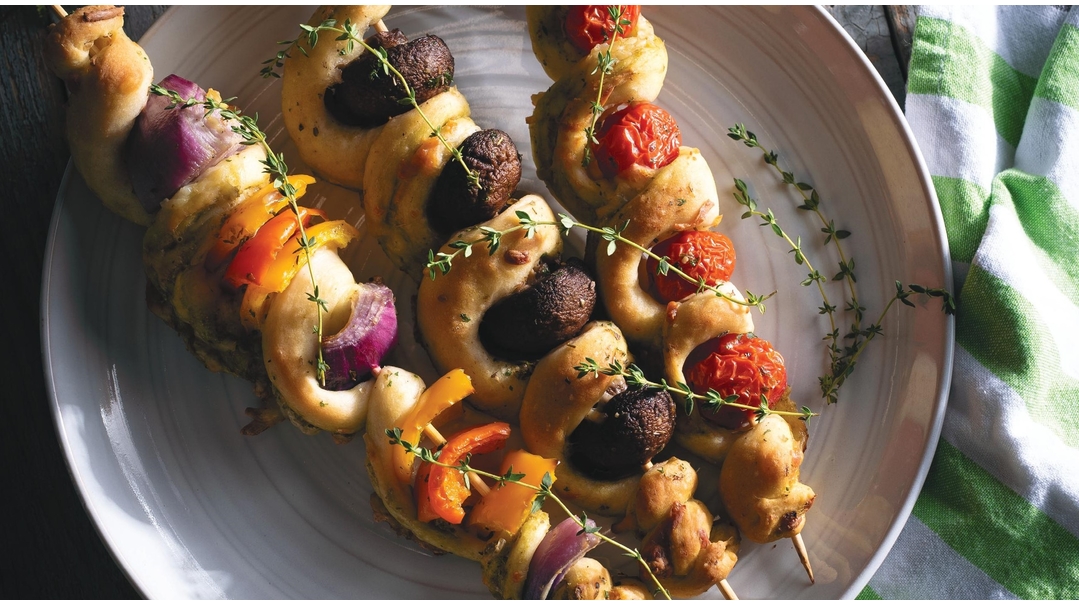 Super kid-friendly and definitely guestworthy, these pesto and cheese stuffed pizza skewers make for a beautiful presentation at your dairy meal.