here is something very wrong here,” Rabbi Ackerman said. He described his son Chezky’s sudden change in behavior: His usual sparkle was gone, and he seemed anxious and withdrawn.

“He reads your column. He refuses to tell me anything, just that he wants to talk to you. My son is a very good kid,” Rabbi Ackerman stressed. “I don’t think he’s ever really been in trouble. He’s smart, he’s confident, he’s popular. This is not him.”

Sudden changes in behavior are never a good thing. The problem was that Rabbi Ackerman and his wife couldn’t find any reason for Chezky’s shift, and he wouldn’t answer their questions. He just insisted that he wanted to talk to me.

“Look,” I told Rabbi Ackerman, “it’s usually best if the child opens up to his parent. Are you close? Maybe go on —”

“ —a date with him,” Rabbi Ackerman finished. “I do that all the time, we go out every other Sunday.”

He cut me off again. “Whatever he wants to do,” he said. “We’re both musical so usually we book studio time at a music studio nearby, we just mess around on the guitar and sing and record. Listen, to save us both some time, let me just tell you that I leave my phone in the car, and we don’t talk about anything except what’s in front of our noses.”

“No, I was by Rav Yitzchak Berkovits with your brother Avi a few years before you,” he said. “You and I learned the same mehalech hachayim. And I also follow you on Torahanytime. I don’t agree with everything you say, but it’s good.”

I liked this guy.

“Well, if you know what I’m going to say, why are we talking?”

“Because I need you to talk to Chezky. It’s what he wants, and I want to honor that. He never lied to me,” he said. “He’s come to me with questions or confessions even when it was uncomfortable. He knows he can tell me anything… but this time….”

I couldn’t help but feel for Rabbi Ackerman. Here was a father genuinely putting his best foot forward, being involved in his son’s life, being open and available, and his kid was shutting him out.

I was planning to be in Lakewood, where the Ackermans lived, the following week, so we scheduled a time to meet.

“He’s a good kid,” Rabbi Ackerman reminded me when he called to confirm. “Be nice to him.”

I met Chezky at my parents’ house. He seemed like a sweet, gentle 15-year-old yeshivah bochur, with large eyes and round face that made him look far younger than his age. I walked him into my father’s study and let him choose a seat. He sat down in one of the chairs facing my father’s desk.

I sat in the chair next to him. He looked surprised. His eyes flicked to the chair behind the desk.

“You sound like you’re still afraid of your father,” he said.

“Most people are more afraid of their father, I think,” he said.

“That’s because they never met my mother,” I answered. “But from what I understand you’re very close with both your parents.”

His face lit up for a second. “Yeah,” he said. But then he became subdued again, like the thought had hurt him.

“Listen, Chezky, I don’t mean to pry or to rush you, but you asked to meet with me. So what’s up?”

He shifted uncomfortably. “Is anyone else here?”

“Yes, my mother is in the kitchen, on the other side of that wall.”

“Ma!” I yelled. “We need two beers and some shot glasses in here!”

He looked at the wall. Then over at me. Then down at the floor.

I was pretty sure I knew what this boy was about to tell me. Mentally, I picked out a therapist who would be able to work with Chezky even if this was an extreme case. I was in the middle of calculating if I had enough time to get it all arranged before I left to the airport in an hour when Chezky opened his mouth.

“You what?” I asked, positive I had heard him wrong.

Tears and a nod.

Okay, vaping is a very bad habit. It can be very dangerous. But…

“Um, okay,” I said. “Do you feel like you can’t stop? Your father seems like a reasonable person. I’m sure he’d be willing to help you, or get you help, so you can stop.”

“I can’t tell him,” he said, lowering his voice. “Because then I have to tell him everything.”

“There’s more?” I asked. “Let me guess, during bein hazmanim you daven at the nine o’clock minyan?”

He didn’t laugh. “I’m so embarrassed.” His voice shook, and the tears threatened to spill. “I vaped on Shabbos.” Now he was crying openly. It took a minute for him to compose himself.

He looked at me like I was crazy. “I stopped already,” he said. “I haven’t vaped in over a month.”

“Okay, fantastic,” I said. “But Chezky… If you stopped vaping and you resolved not to vape anymore then I’m not sure where I come in.”

“I want you to tell my father for me,” he said.

“He’s gonna be so devastated,” Chezky said. “I feel like he’ll never look at me the same again. I want you to tell him I’m not a bad person for doing it. I couldn’t help it. I didn’t realize I was so addicted to it. I never wanted to be mechallel Shabbos!”

Chezky and I discussed the best way to break this to his father. When Chezky’s father came to get him, we invited him in.

“Chezky has something he wants to share with you,” I said.

Through his tears, Chezky told his father the whole story. “I don’t know how it happened,” he wept. “I promise I’ll never do it again. I’m sorry I ruined Shabbos, I know how much it means.”

Chezky’s father stood up and walked toward Chezky. He kneeled down so they were eye level, put a hand on each of his son’s shoulders, and looked into his eyes. “Chezky,” he said, “the only thing that could ruin Shabbos is if my son doesn’t know that I love him no matter what.”

When Chezky and his father were gone, I stood in my father’s office staring at his empty chair. I looked at the clock. If I left right away I could still make my flight.

I opened the door. I could hear my father coming home from yeshivah, my mother offering him a tea.

“He has a flight,” my mother said.

“Actually,” I said, walking into the room, “I missed my flight and I would love a tea.” I pulled out a chair and sat down next to my father. 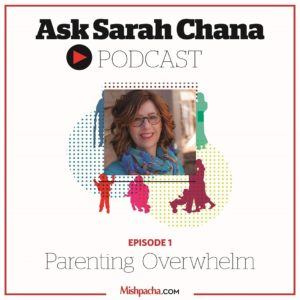