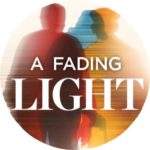 M
ost of us are familiar with the proverb, “It takes a village to raise a child.” There’s some debate about the proverb’s origin, but whatever its derivation, if we tweak it a little, it resonates for those of us who are caregivers.

We have no doubt that it takes a village to care for a person who is ill, particularly one suffering from dementia. Yet caregiving under these circumstances is often a solitary job. Thus, I have tremendous gratitude toward one wonderful friend, whose help was invaluable. I’d like to see him become a role model for others.

At a particular stage of my husband’s illness, it became clear that the shul we were attending no longer met our needs. We lived about three-quarters of a mile away, and I worried that my husband z”l might get lost if he walked there by himself.

On Shabbos mornings, I had to get up and be out of the house much earlier than usual to accompany him there. This was burdensome, given that at this time I rarely got more than three or four hours of sleep a night, if that.

Still, I did what I had to do, and for a while, we walked to shul together. Soon, however, it became clear that the shul was both too big and too crowded for him. It was easy to get confused about where to sit, and although it was obvious he was struggling with the davening, no one thought to step up and offer help.

It was a sort of bystander effect; the presence of others discouraged individuals from intervening to provide help. It’s a universal phenomenon that people are more likely to take action when there are few or no others present. Under those circumstances it’s much harder — or even impossible — to ask the question that gets them off the hook: “Why me?”

We changed shuls, going to a smaller one, which was only two blocks from our home. My husband had often davened there on Friday nights or during the week, so it was a familiar place for him. For a while that worked — and then it didn’t. Eventually, I faced the prospect that he would no longer be able to go to shul at all.

By then I had gotten used to adjusting to never-ending changes, none for the better, but this one was particularly difficult to accept. I struggled to find a solution to the problem and eventually went to my best friend and asked if she would pass on a request to her husband. I didn’t want to approach him myself because I felt that he would feel uncomfortable refusing me face-to-face. If he thought I was asking too much — and believe me, I was asking a lot of him — it would be easier to tell his wife, my friend, than to tell me.