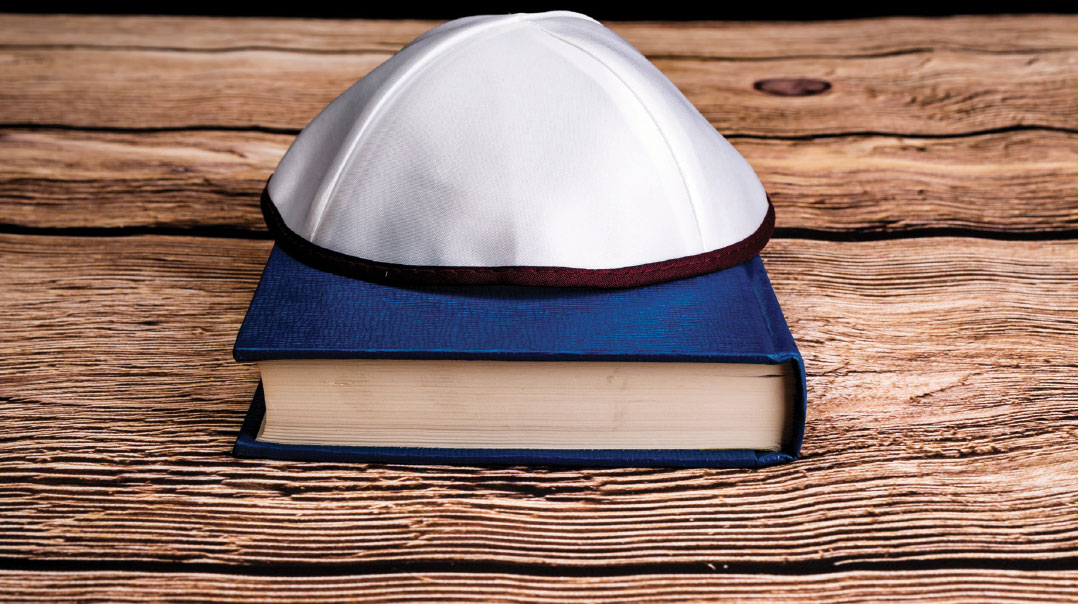 In an essay at this time last year in Mosaic, American Jewish historian Jack Wertheimer addressed what he called a “remarkable phenomenon” — the fact that American Jews who rarely, if ever, attend religious services throughout the year come to Jewish houses of worship in droves on Rosh Hashanah and Yom Kippur, with temples opening movable partitions to accommodate the overflow crowds and even renting other facilities for the thrice-yearly services.

That huge numbers of secular Jews religiously attend High Holy Day services has been a given for as long as anyone can remember, but it doesn’t really seem to make sense. According to the 2013 Pew survey, 39 percent of Conservative synagogue members attend only on the High Holy Days, and for members of Reform temples the number rises to 60 percent.

Thus, hundreds of thousands of Jews who never step into a synagogue year-round spend several hours over these three days listening to lengthy Hebrew prayers that are nearly incomprehensible to the large majority of them. And the theology underlying those prayers and the High Holy Days as a whole involves, as Wertheimer writes, “a conception of G-d alien and certainly discomfiting to many moderns.”

As an op-ed in a major Jewish newspaper entitled “Why You Shouldn’t Go to Synagogue on Rosh Hashanah This Year” put it, these services are “consumer Judaism at its worst: customers guilted into experiencing a mediocre product. It’s Judaism at its least interactive, least embodied, least kinesthetic, least engaging. It’s more show than service.” And that, says Wertheimer, makes it worth trying to understand why “several million intelligent, well-educated people with other options for how to spend their time bother to attend at all.”

To arrive at an answer to that question, Wertheimer interviewed dozens of clergy people serving non-Orthodox Jews in a variety of formal and informal prayer settings. What he learned was that nowadays the long reputation of heterodox services for being mind-numbingly stultifying and vapid is, to a great extent, undeserved.

After cataloging at some length many of the strategies temples use to keep attendees engaged, from making them multisensory experiences to the use of live music to tinkering with the content and presentation of the services in various ways, Wertheimer writes:

Readers who have followed me to this point will have had different reactions to the practices I have described, some finding them impressive, others weird, hokey, pandering, sacrilegious — or simply familiar. My purpose in surveying them has been aimed strictly at disproving the still-common labeling of synagogues as hopelessly fixed in their ways, oblivious of broader cultural trends, and indifferent to their congregants’ experience of the High Holy Days…. For many hundreds of American synagogues — especially the larger ones — and for dozens of more informal settings, such outmoded stereotypes bear little or no resemblance to actuality.

Curiously, though, despite mounting evidence of the new spirit animating High Holy Day services in the non-Orthodox world, the old stereotypes persist…. One foundation professional interviewed by me stated without qualification that “synagogues are finished.” When pressed, she admitted that her generalization did not apply to her own family, or to mine, but insisted it held true for most young American Jews. Recent critics agree that in our radically disruptive age, so-called legacy institutions are passé, and none more so than synagogues.

Convinced of this assessment, many major Jewish philanthropists have in turn written off synagogues as unworthy of their attention, let alone their support…. Synagogues are left to their own devices to figure out how to present their religious services and messages in an accessible fashion — the very challenge that, as we’ve seen, clergy and boards have not only risen to but have impressively met. This particular drumbeat of criticism, then, is wholly misplaced.

This part of Wertheimer’s essay opens one’s eyes to the fact that there is still life in what we tend to think of as the vast wasteland of American Jewry. The sense one often gets reading and listening to frum people writing and talking about the millions of our brethren across the religious divide is that they’re gone, unsalvageable, and beyond all hope.

He quotes a Reform rabette who “describes her amazement as she looked out at the sanctuary on Rosh Hashanah right after the adoption of a new mahzor: ‘1,000 congregants remained standing long after their silent prayers should have concluded, mesmerized by the rich commentaries and inspirational texts.’ ” If we can put our snickering in check long enough to hear what she’s saying, it is that in her congregation there are a thousand neshamos who are thirsting for something, even if it’s only three days a year, or one, and even if the way the thirst manifests is by being mesmerized by the platitudinous pastiche that probably constitutes much of said “mahzor.” That temple’s no graveyard — there’s live Jews in there.

Nevertheless, Wertheimer writes, what “remains untouched and unaddressed is the underlying reality of corroding synagogue life during the rest of the year…. Congregants may enjoy a wonderful experience on the High Holy Days, but this suffices as an annual pilgrimage….” Even on the three days they’re in temple, most Jews are too Jewishly illiterate to have any inkling of what’s actually taking place, leading one prominent Conservative clergyman to describe his role on the High Holidays using what Wertheimer calls a “chilling metaphor:” “I am a docent in a museum. As we wander through the galleries, I point out each exhibit and explain its context and meaning.”

Most troubling of all, Wertheimer concludes,

by reinterpreting the High Holy Days to fit the fashionable tropes of the day, newly reimagined services reinforce the destructive mindset undermining all religious commitment in our time — the reduction of everything to a matter of personal feelings, the [elevation of] gratification of the self [as the highest value], the transformation of every institution into either a therapeutic milieu or a marshaling ground for political activism….

In short, in the effort to work around their attendees’ lack of cultural literacy, synagogues are not only ratifying that lack but absorbing into Jewish life much that is inimical to Jewish life. And that, far more than dull religious services, is the actual — and unaddressed — crisis of American Judaism today.

What I took away from the essay is that despite all the metaphors and adjectives commonly used to describe the ostensible implosion of American Jewish religious life, there are, even at this late date, millions of Jews who still feel moved enough to attend services on the Yamim Noraim. I know, some of them are probably not even Jewish and maybe some attend only out of force of habit or guilt or some other motive. But if 10 percent, or even 5 percent, are there because of a deep feeling of being a Jew and wanting to connect to something Jewish, that’s a lot of wandering, wondering Jews.

Originally featured in Mishpacha, Issue 780. Eytan Kobre may be contacted directly at kobre@mishpacha.com