What’s the first thing you do when you wake up?

Try to go back to sleep, of course. At least, that’s how the joke goes. But for bears — and other creatures — coming out of hibernation, waking up is no joke. And this year, those bears have been making the news around the world because they’ve been waking up a little too early.

Europe had a particularly warm winter, and many parts of the United States also experienced some unusually higher temperatures during the winter months. That weather caused many bears to wake up a tad too early. And if you think waking up early is bad as a person, imagine how tough it is for a hibernating bear who hasn’t eaten for months! Grrr.

What should you do if you want breakfast in bed? Sleep in the kitchen. (There’s another joke for you!) Bears don’t have kitchens — and when they wake up after having been in a state of hibernation for months, they need food. Lots of it. But most of what they eat, like many of the plants, berries, and smaller animals they rely on, might not be available yet, because the season isn’t right.

Bears usually emerge in April from their winter’s sleep. When they come out earlier, this can set a big bad cycle in motion: When those bears have babies, they won’t be able to feed their cubs the nutrients they need to grow healthy and strong because their favorite plants haven’t yet produced fruit and their tasty critter snacks are still hibernating. The cubs might not survive! It could also mean that adult bears might come closer to human dwellings in search of stuff to eat. That can result in damaged property and cars — or worse. (Don’t use your imagination!)

In the spring of 2019, when some bears also emerged early, Russia declared a state of emergency over the issue. Many polar bears were on the prowl in inhabited places, and some were even attacking people. (That’s really no joke!) So if you see a bear coming out of hibernation — or you see a bear anytime, really — stay far away, and ask an adult to call animal control services.

Bears are probably the best-known hibernators. There are many other creatures that hibernate, too. Maybe they’re less familiar than bears because they’re a lot smaller, but they’re no less amazing.

Hibernation allows them to survive periods of deep cold, when little food is available (or for those that “hibernate” in the summer, periods of heat and drought). Other animals hibernate just when the food supply disappears, or even for protection from predators.

Hibernation isn’t exactly like sleep. It’s when a creature reduces its metabolism (certain body processes) by as much as 95 percent, decreases many other physical functions, and goes into a state of torpor, a type of inactivity. (Next time you’re lounging on the couch, just tell your parents you’re in torpor. They’ll be so impressed with your vocabulary, they’ll forget to tell you to get up and get moving!)

So, aside from the bears, who else is going to be popping out this spring?

Not all winter sleep is the same.

Hibernation is a state of voluntary deep, deep sleep used to survive and save energy. It involves a low body temperature, low heart rate, and slow breathing. It can last days, weeks, or months, and animals prep for it ahead of time. True hibernators, like woodchucks, dormice, some kinds of bats, and ground squirrels are almost impossible to wake up early. Most scientists think bears hibernate. But some insist they go into torpor.

Torpor is a lighter state of sleep also used for survival, and involving lower heart rate, temperature and so on, but is involuntary. It usually lasts for a much shorter time than true hibernation. Many birds, including hummingbirds, and some bats, enter torpor, as well as raccoons, chipmunks, and some hedgehogs (depending on location).

Aestivation (pronounced eh-stih-vay-shun, kind of like vacation) is like hibernation, but in the summer, to survive hot, dry conditions. It involves inactivity and a low metabolic rate. Hedgehogs (depending on location), crocodiles, salamanders, and snails are among the world’s aestivators.

When the Alarm Sounds

Most animals don’t just go to sleep and wake up six months later. They actually awaken many times and return to sleep, maintaining body temperature and other functions. But how do they know when to finally wake up? After all, they don’t exactly set an alarm.

Scientists don’t know for sure what makes hibernating animals wake up. They think that when temperatures begin to rise, animals sense it and start to awaken. They also believe animals can see the daylight and sense the days getting longer. Another possibility is that they have some kind of internal clock or calendar that wakes them using chemical signals. When they do finally awaken, it usually takes them several days to a few weeks to fully return to normal.

Where: Places with cold winters (if it’s warm year-round, they don’t hibernate).

When: Usually around October and November, emerging in March or April, but it depends on the climate.

When it starts getting cold, we either migrate or hibernate (often in a cave). Our heartbeat slows from 300–400 beats per minute (1,000 bpm when flying) to around 10 bpm (or even less). We keep about 2% of our normal body functions running, lowering our body temp from about 100 degrees Fahrenheit all the way down to just 40 degrees Fahrenheit or less.

When it’s time to wake up, we use stored body heat to warm up. And here’s some cool trivia: Places where we (and some other creatures) hibernate are called hibernacula (hy-bur-naa-kew-luh).

Where: Snails are found almost everywhere except Antarctica. Whether or not they hibernate depends on the local weather.

We seal the opening of our shells with slimy mucus, which then dries like glue. This mucus seal even has a name: epiphragm (ep-uh-fram).

Where: Places with extreme weather.

When: In cold climates, hedgehogs enter torpor in late fall, when temperatures drop and food gets scarce, emerging in April. In very hot places, they aestivate when the weather gets uncomfortably warm and dry — usually from 80 degrees Fahrenheit and up.

We crawl into a cozy nest (as much as 20 inches thick!) made of grass and leaves, and often located under a hedge, tree roots, or an old rabbit burrow. Sounds snuggly (and prickly)!

Who: Common Poorwill (a type of bird, not a poor guy named Will)

Where: Western US states, like California and New Mexico.

When: When it gets uncomfortably cold for the birds.

Our temperature drops to as low as 41 degrees Fahrenheit (just to compare: Most people keep their fridge at or below 40 degrees), and our breathing slows by up to 90%. Common Poorwills can remain like this for up to weeks at a time — the only birds known to do so. The Hopi people called these small, owl-like birds “sleeping ones” for good reason.

Where: Northern forests of Alaska and Canada.

When: Early winter through early spring.

By turning ourselves into “frogcicles,” our hearts actually stop beating and they quite literally freeze for two or three months. When the weather begins to warm in early spring, we thaw out and start hopping!

Where: Southwestern United States and parts of Mexico.

Watch out! We look like we’re just big lizards, but we’re venomous! If you’re visiting our region in the winter, though, you don’t have to worry about meeting us. We go to sleep in a special winter burrow until the weather’s nice and toasty again. Then we head over to our summer home (yes, we really have those) and bask away.

When: In the Northern Hemisphere, most turtles hibernate from October or early November until late February or even early April. Some hibernate as long as 6 months.

We often hibernate as a group, heading to the edge of a riverbank or even the bottom of a pond. We breathe through a special method called cloacal (kloe-ah-kul) respiration. We’ll spare you the details… but suffice to say that it doesn’t involve the lungs.

Where: Places with cold winters.

When: October to March or April.

Where: Wherever it gets cold.

When: Whenever it gets cold.

We aren’t technically hibernators; we enter a state of torpor. Our metabolism slows waaaay down to conserve energy, and we even hang upside down, looking quite dead. Once the weather warms, we snap out of it and simply fly away.

Where: Forests of Madagascar.

When: During the dry season, when temps drop and foods is scarce — about six months total.

We eat and eat and don’t stop eating sugary fruit before entering hibernation. We store all that extra fat in our tails (that’s why scientists dubbed us with that uncomplimentary name). Then we climb into a nice cozy hole in a tree and hibernate, living off our tail fat. Our breathing rate slows so much that we can go ten whole minutes without taking a breath — and our brain activity becomes undetectable. But we’re alive, all right, as you see when we emerge in November.

Of course, these are just a few hibernators — there are also snakes, fish, butterflies, toads, marmots, skunks, and even some crocodiles that hibernate, among others. And of course, bears. Lots of bears.

How Hibernation Can Help

Scientists are fascinated by hibernation — especially the waking up bit. If people gained a few hundred pounds and lay around for six months, they’d probably develop a whole bunch of health problems, from heart failure and osteoporosis to diabetes, bed sores, and muscle loss galore (to name a few). But bears do exactly this every winter — and plenty of other creatures do it, too, in their own way. And they all come out fine and fit.

If researchers can figure out how animals do this and wake up healthy, they might be able to develop new treatments and medications for humans, especially in the areas of obesity, diabetes, and Alzheimer’s. They could also figure out ways to help astronauts survive long spaceflights to places like Mars while keeping their health intact. Astronauts on the International Space Station currently have to do about six hours of exercise a day (whew!) to keep their muscles and bones healthy. If only they could access the secrets of a hibernating bear! 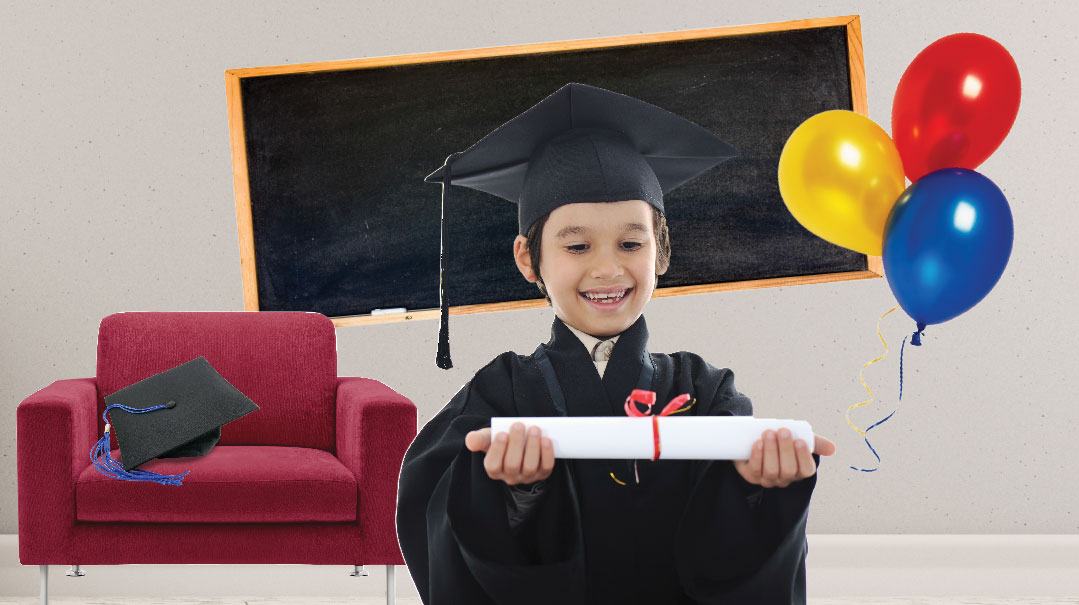 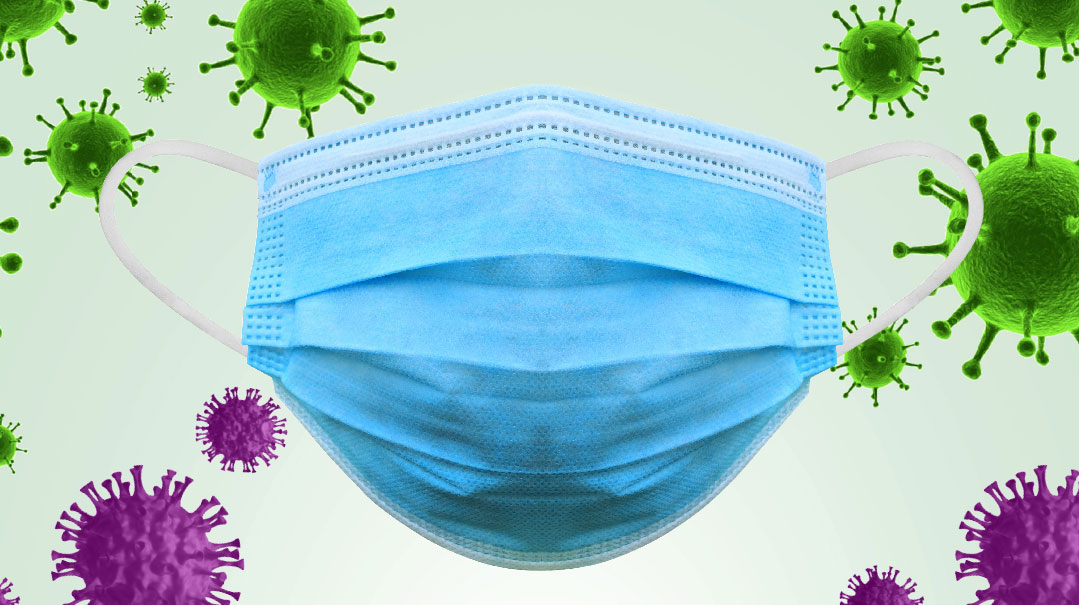