The president's chassidim; why the Orthodox love Trump 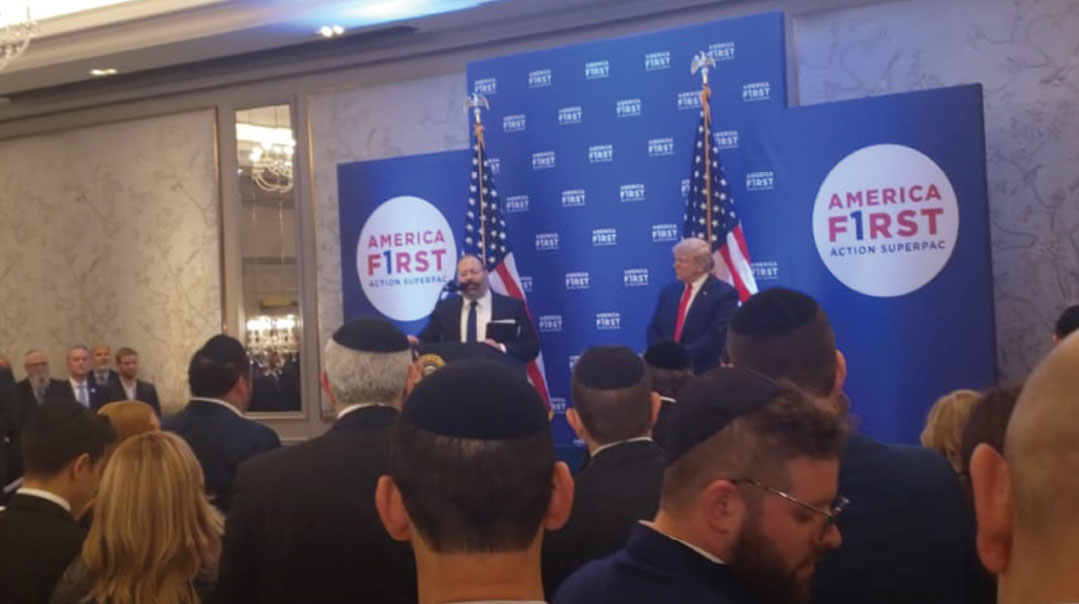 utside the banquet room, the entire country was talking about impeachment, Ukraine, and Congressman Adam Schiff.

But inside the InterContinental New York Barclay Hotel last Tuesday, there was just love for President Trump.

Some of the wealthiest donors in the Orthodox world gathered at the luxury hotel to pay bipartisan homage to the 45th president and acknowledge what he has done for Israel and the Jewish People.

Yarmulkes bearing the slogan “Keepah America Great” could be seen atop heads, and chassidic crooner Beri Weber sang the national anthem. The event started with a brachah for the leader of the country and ended in a standing ovation.

It was the first time a US president attended a fundraiser organized specifically for the frum community. Forty people — including some not normally associated with political giving — forked over $100,000 each to sponsor a ten-person table and participate in a private meeting with the president.

The crowd of about 400 lapped it up. Trump was greeted with repeated chants of “four more years!” and “USA!” and a resounding “Amen!” was heard  when Rabbi YY Jacobson recited the brachah reserved for kings and heads of state.

Why do a good portion of frum Jews so love the president? Let us count the ways.

Answers ranged from “Duh, Rubashkin,” to his Jewish family (Ivanka, Jared, and their children), to his historic decision to move the US embassy to Jerusalem. Others cited a commonsense approach to governing.

“In addition to him being known to the Orthodox community from his past here in New York,” said Yossi Gestetner, a media relations guru based in Rockland County and a frequent defender of Trump on Twitter, “Orthodox Jews tend to favor Republicans on the national level.”

But most of all, added Gestetner, who organized a roundtable discussion with then-candidate Trump ahead of the 2016 primary in New York, when it comes to issues like Israel and religious rights, the Orthodox community sees a president who responds to their concerns.

Even an askan (who asked not to be identified) who has been bitterly critical of Trump said he still plans to vote for the president — “holding my nose” — for releasing Shlomo Rubashkin, who served eight years in prison before his sentence was commuted by the president.

Moshe Gold from Monsey said that Trump has been “great for the Jews and specifically to the Orthodox Jewish community,” mentioning a litany of accomplishments including his historic visit to the Kosel, moving the US embassy, the appointment of two conservative Supreme Court justices, tax cuts, and Rubashkin’s release.

“After eight years of President Obama, who stepped all over Israel, we now have a new president who has no fear of being politically incorrect,” Gold said. “He has Jewish eineklach who attended a regular frum camp this past summer. Yidden connect to such a person.”

Yoel Klein, a businessman from Williamsburg, said he appreciates Trump because he “gets” Orthodox Jews.

“My understanding is that frum Jews, especially chassidim, are seen by the average gentile as fanatics,” Klein said. “When you have a president who is from New York, who has dealt with Jewish people all his life, he understands that the Orthodox are normal people. That’s why we have such strong feelings for this man.”

One respected askan from Flatbush said that Jews identify with Trump for a range of reasons, including that he is the “anti-Obama.” He is a president who keeps an open door to the community.

“During the eight years of Obama, most of the Jewish world felt that at every turn he was less sensitive to the plight of Israel than he was to the Palestinians,” the askan said. “If you remember, there was wall-to-wall support for Bibi Netanyahu among the chareidim in his standoffs with Obama. It was David versus Goliath, so to speak. Trump came in and basically ripped up the entire Obama playbook. So by his very existence, Trump is the anti-Obama.”

There is also a deep sympathy for Trump because, like the Orthodox community, he is often vilified in the media.

“There’s this feeling,” the askan said, “that without Trump the country is going off the liberal cliff.”

But Is the GOP Frum Friendly?

Ironically, the sky-high support for Trump is at sharp odds with how the Orthodox community votes in state elections. And for good reason: Republican county executives in Orange and Rockland are nearly explicit in their intent to limit the growth of the Orthodox community, and GOP candidates in other counties hardly bother to campaign in Jewish areas.

It is a far cry from the days when Republican Dean Skelos, then state senate majority leader, appeared on Mishpacha’s cover with the headline “Dean of the Senate.” Skelos was seen as an authentic and frank ally of the Orthodox community, and under his leadership sweeping laws were passed to bolster the state’s yeshivos.

Last year’s election, however, was a wipeout for Republicans. The senate flipped from a one-seat majority to a veto-proof minority. Few envision a time when the GOP will retake control, particularly with the decennial census coming up next year. There are now 5.9 million Democrats and 2.6 million Republicans in New York state, a more than two-to-one advantage.

In areas where Democrats and Republicans are almost evenly divided, Jews have been increasingly throwing their weight behind the Democrats.

No wonder. The county immediately north of New York City is home to a disproportionate number of Democrats in leadership positions. Andrea Stewart-Cousins, for example, is the Democratic majority leader of the state senate. Gov. Andrew Cuomo lives in the county, as does Shelley Mayer, chairwoman of the senate education committee.

Both Cuomo and New York City mayor Bill de Blasio received a decent share of the frum vote in past elections. “On the local level, people don’t care about party labels,” one Jewish community leader who works with both sides said. “They don’t know much about Democrats or Republicans. They just vote for the candidate the askanim tell them to vote for.”

And ultimately, the Jews will vote for candidates who reach out to the community and show that their votes are valued.

“They only need the Orthodox vote when it’s a close race,” the leader explained. “It’s like the Bronx: No Republicans are winning there. But in races where every vote is needed, both Republicans and Democrats show up to ask for our votes.” 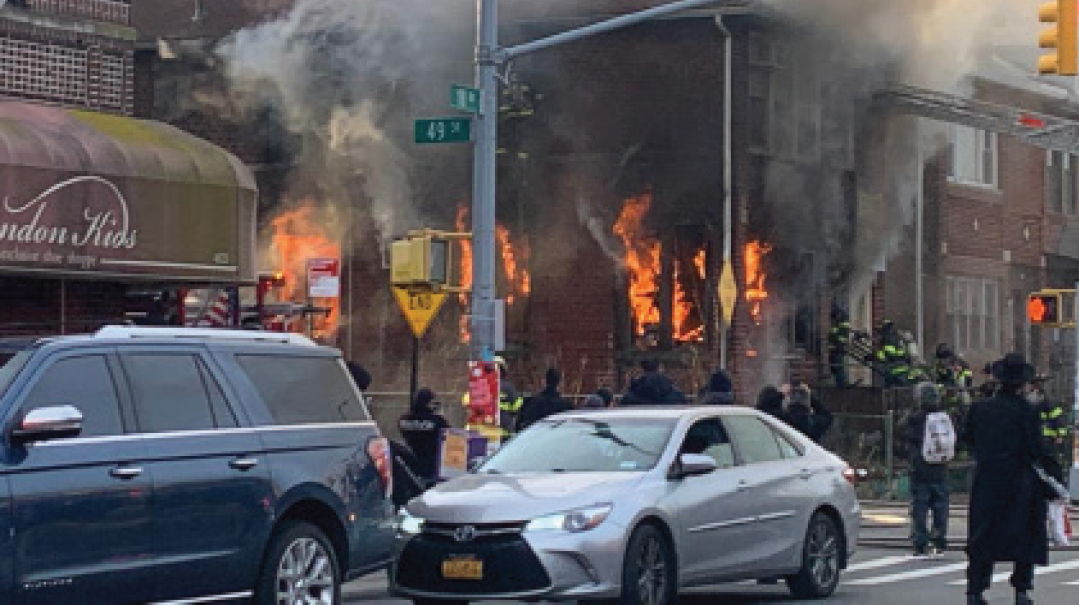