ello Cheshvan, my old friend. There is always an eerie silence to this month. Shul is a little quieter. The backyard feels emptier. You can barely round up a Minchah minyan at Home Depot. But there is also something quite charming about the quiet of winter. As the narrow streets of cobblestone are drenched in the cold and damp rain, the sound of silence from the month of Cheshvan can be heard. And since we Jews like to talk so much, we find a way to communicate even through silence. Much of Judaism can at times feel like an extended game of charades.

As a child, not talking after washing on bread seemed like the most challenging of all halachos. Even the adults around me seemed to scatter after Kiddush and avoid promptly washing so as not to be prematurely sealed within the cone of silence. My dad would sneak off into the living room to read. My sisters would run upstairs. It was a Mexican showdown to see who the chump was who would be stuck not talking first. But once someone washed, the game of charades began. Whoever washed first would make the rounds — first to my dad in the living room and then to whomever was upstairs—with a loud “Uh, uh” sound as they made hand motions with their fists, looking like an elderly bubby driving after sundown. It is remarkable how much can be said without speaking. Once the fist-driving motion was complete and everyone was at the table, we would all wait patiently until my father moseyed in. He was usually the last to wash. In the interim we would have full-blown conversations that could only by deciphered by a CIA lip-reader that would eventually devolve into each of us slowly and carefully mouthing “WHAT” with our lips. Eventually, all wordless washing conversations must end. And there’s only one way to do it. I’ll show you how. Make a fist. Stick out your index finger. Now spin it vigorously in front of you like you’re pointing to a flying bug. After washing. 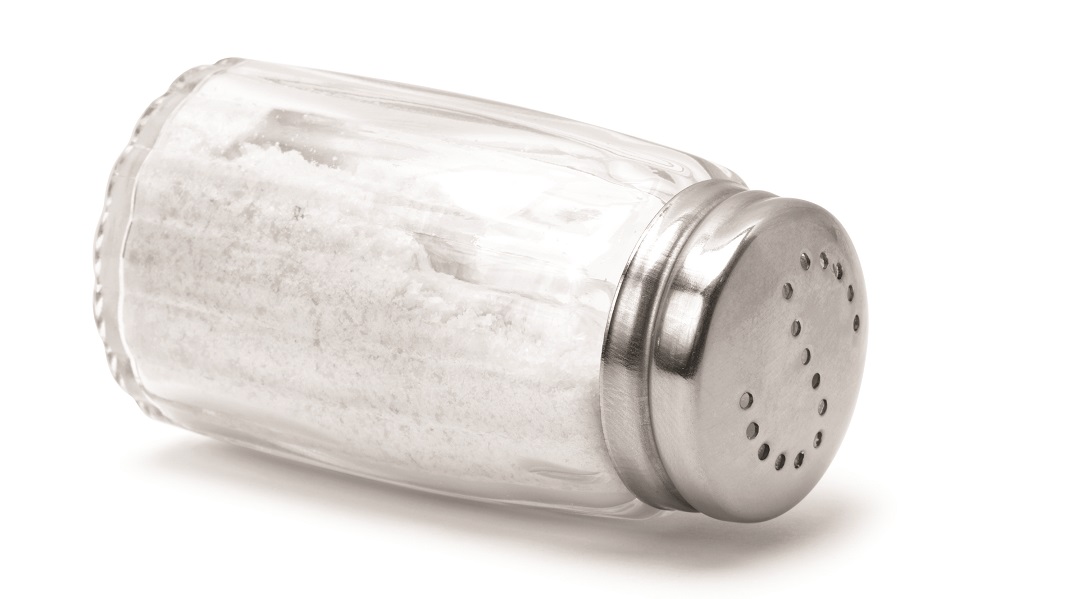 Once everyone is finally settled and you’re about to make Hamotzi, there is always one wordless communication left. Where’s the salt? The universal sign language for salt at a Shabbos table is well-accepted. Bring your index finger and thumb close together like you’re showing someone how little patience you have left and then shake vigorously downward. The Mishnah Berurah (166:2) does note that for items relevant for the meal, such as salt, it is permissible to speak. This was dangerous information once it was discovered by my brother-in-law, Ian. In his house, he would wait for everyone to settle into their seats before Hamotzi and then he would bellow at the top of his lungs, “SALT!” I preferred the hand motions — they were less salty.

I always sit in the back of the shul. While chashuve rabbis sit on the “mizrach vant” in front, I sit in the nosebleed seats on the “maarav vant.” It’s not because I don’t love davening — I just want to avoid eye-contact with the gabbaim. I’m not afraid to speak in public, but ask me to do pesichah and I’ll sweat until they put the sifrei Torah away. Pesichah is governed by the Jewish equivalent of Murphy’s Law — whatever way you pull the paroches strings of the aron, they’re supposed to be pulled the other way. My nightmare is tugging so hard that the paroches just falls on me as I blindly crash headfirst straight through the aron. I’ve actually come close several times.

But the danger of gabbai eye-contact is magnified now that certain kibbudim can be assigned just by mere hand motions. Hagbah has its own motion — two fists in the air, as if they’re lining up for an intimidating weigh-in before a championship bout of thumb-wars. And, of course, gelilah, which are the same hagbah fists with some added motorcycle-revving flair. As my friend Eli Lebowitz has noted, some people are just gelilah guys. I am such a person — on a good day. I don’t have nearly enough of the requisite muscle tone to be confidently called up for hagbah without most of the shul either preemptively walking out to avoid the fasting in the event of a fall or hovering like a nervous mother who just handed her infant to her four-year-old nephew. I’m just grateful they haven’t developed a wordless communication for pesichah or I would start davening underneath the table. But, honestly, if the gabbai looked and me and started sweating while blindly flailing his arms, I would know exactly which kibbud he was communicating.

True story: I was once on a date with my wife in a dairy restaurant that will go unnamed, that I normally refuse to patronize unless it’s her birthday because they don’t take reservations and you have to sometimes literally stand outside as you wait for your table so you can order some dish like fried mozzarella balls. Anyway, the meal was over and I motioned to the waiter to bring a bentsher. I thought the wordless communication for the bentsher was pretty standard — palms together, then separated, then closed, then separated again as if you’re opening and closing a little book written on your hand. The waiter came back with a bentsher, but I had already begun to bentsh to myself. I continued bentshing with the bentsher opened — since davening from a bentsher is the right thing to do, even when you don’t actually read the words from it. When I looked down I realized that the bensther I had open in front of me and was so carefully bentshing out of was, in fact, the check for the meal. My wife, Tova, enjoyed the whole thing: “I’ve never seen anyone check if they were charged for two diet cokes with so much kavanah.”

The moral of the story is (1) Don’t just bentsh in front of a bentsher, bentsch from a bentscher. (2) The universal symbol for a bentsher and a check (writing with an invisible pen on the air) are easily confused — so before you check if you were charged correctly, double check that it’s even your check.

There is an unspoken rule in Orthodox Judaism that when two obviously Orthodox Jews see one another on vacation all communications should be wordless. Unless you are certain that they want to be engaged in conversation, all interaction should be transmitted through a distinctive and elegant nod. See someone you think you overlapped for a zeman in yeshivah a decade ago? Before you approach in your vacation-polo-shirt and shorts that haven’t been worn since your last vacation, try this: Purse your lips together like you're clenching through a medical procedure and position your chin downwards like you’re checking on your double chin after a three-day Yom Tov. The nod is versatile — it’s a hello, a goodbye, a yes-you-can-count-on-me-later-for-Minchah, a yes-we-both-found-this-vacation-through-the-same-Dan’s-Deal, a no-I-don’t-want-to-go-together-to-the-museum-tomorrow-for-the-group-rate. The nod is the universal acknowledgment between two Jews who have more to say, but don’t want to — not now at least. When I see someone on vacation I actually don’t want to talk to, I return their wordless nod with the motion for gelilah. Always leaves them guessing and ensures that I won’t be invited to the museum later.