gainst my better judgment, I accepted the Rabbi Binyamin Kamenetzky Alumnus Award from my beloved elementary school, Yeshiva of South Shore. They should have known better. And honestly, they likely did. When Rabbi Mordechai Kamenetzky initially called me, he assured me I was not their first choice. It would take me ten minutes to explain who their first choice was, but we both agreed he was more suitable. While being a distant number two for the award helped assuage much of the pressure, I still reminded the school that I was a poor choice. Don’t get me wrong. I love kavod — adore it, in fact. But this isn’t about getting me kavod, it’s about getting South Shore their much-needed support and, for that metric, I was certainly the wrong choice. Firstly, I rarely go to dinners. Even when I’m the honoree, it’s still a toss-up — so few people feel obligated to come to mine. Secondly, despite my long-standing strategy of taking credit for every anonymous donation to every mosad, people have figured out my ruse. Despite taking credit for several million dollars in anonymous donations throughout the country, people now realize my institutional gifts usually come in the form of Starbucks gift cards. But it’s already too late.

The dinner is March 1 and there is no turning back. Until then, here’s what I’ve learned: My Top Five dinner honoree staples.

I grew up in a home that didn’t actually abhor dinner honorifics — it was more like an allergy. I don’t ever remember my parents getting any sort of award, which as a child I attributed to their apparent lack of popularity or consistently falling short of the requisite votes from whichever panel crowned the parents of the year. Ask my father to be an honoree at a dinner and his face contorts like you just asked him to give an impromptu speech on a Pesach Program. “It’s not that I don’t want to be an honoree,” he explains, “it’s an illness — I just can’t.” The follow-up description, coming from a medical doctor, usually gives even the most aggressive organizations pause. But not everyone is that emphatic. Much like the stages of grief, I have found there are five stages to accepting the position of dinner honoree.

Organizations are running out of award names. Growing up, “Parents of the Year” was popular. Over the last decade, mosdos have discovered that’s not the source of much of my generation’s wealth. Enter “Grandparents of the Year.” There’s never been a better time to be a grandparent in search of kavod. But at some point, every organization exhausts the tenuous awards connecting a member to their gvir relatives — parents of the year, grandparents of the year, mechutanim of the millenium, shver of the century. Today’s word for honoree is “ambassador.” I’m not sure if it’s related to the political fervor sweeping the Jewish community, but every yeshivah has its own little UN of ambassadors from each city across the country. I’ve deftly avoided this. My yeshivah had ambassadors from Dallas, Columbus, Cincinnati, and Los Angeles. Only one major Jewish city was missing: Teaneck. I’m not sure why they skipped Teaneck for their ambassadorship. I think they got nervous when I asked if I could bring my own flag and sing the national anthem.

At the end of the day, we all know why we accept dinner honors. That sweet, sweet honoree video. Who wouldn’t want to preserve on film the one time in the last decade their living room was actually clean? It’s a priceless memory. Some of the elements of the video are staples by now. Old rebbeim remembering how the honoree “was a troublemaker.” I’m not sure what South Shore has in mind, but if they want to gloss over the details of Hillel Novack’s bar mitzvah that would be fine with me. I’m pretty sure there still some outstanding warrants I wouldn’t mind avoiding.

Of course, no honor is complete without submitting an ad to the dinner journal. And — SPOILER ALERT — they extended the deadline for journal ads. Seriously? You mean hundreds of Jews were not able to properly coordinate their ads in time for the deadline three-and-a-half weeks before the dinner? I’ve forgotten to send in so many ads that to avoid any issues, my ads now normally read, “TBD, Sincerely, the Bashevkins.” For some, the dinner ad is a time to try your hand at some humor. It’s your one-time shot to see if you can pull off a cute one-liner that will get the readers to smirk as they breathe once heavily through their nose. But the people I respect most are those who use the dinner journal space to advertise their local businesses. There’s no better audience than those all spacing out during the honoree’s speech over the main course for whom to advertise your mortgage refinancing service. “Waiter, yes, I’d like the chicken and also (carefully rifling through the journal) a home equity loan.” At the end of the day, for all the headaches, silliness, ads, and videos, it’s worth it. As Rav Klonymous Kalman Shapira, the Piaseczno Rebbe said, “The greatest thing in the world is to do someone else a favor.” Yeshivos, schools, shuls, organizations do so much for us — isn’t it a privilege to return the favor?

Special thanks to all of my rebbeim and friends from South Shore Yeshiva. Looking forward to singing the national anthem with you all in two weeks.

“Can you send us your lists?” You’re not an official honoree until the sponsoring organization asks for your lists. When you are in my line of work, this is easily confused. I sent South Shore a list of my Top Five Honorary Jewish Products (e.g. Charles Tyrwhitt, Stella Doro cookies), Fancy Derashah Vocabulary Words (e.g. vicissitudes, behooves) and Top Five Shabbos Dips (e.g. baba ghanush, chummus, tomato dip). Rabbi Kamenetsky soon corrected me. ”No, no, no, we need like your lists — y’know — for donors.” Ohhh. My mistake. I sent him My Top Five Reasons You Might be a Gvir. 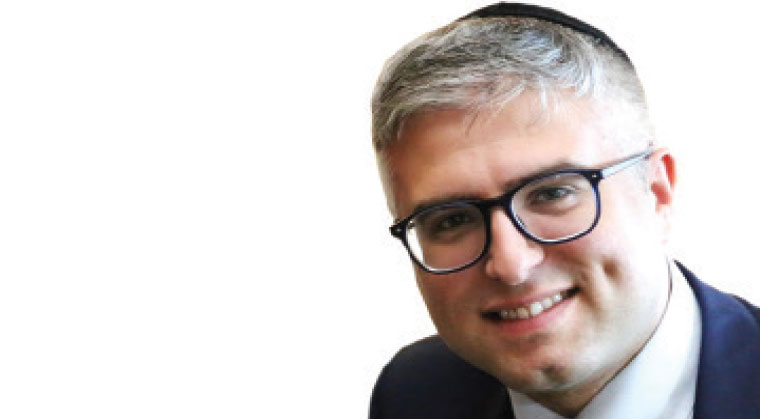