There’s another form of seasonal business: the business that is momentarily Jewish 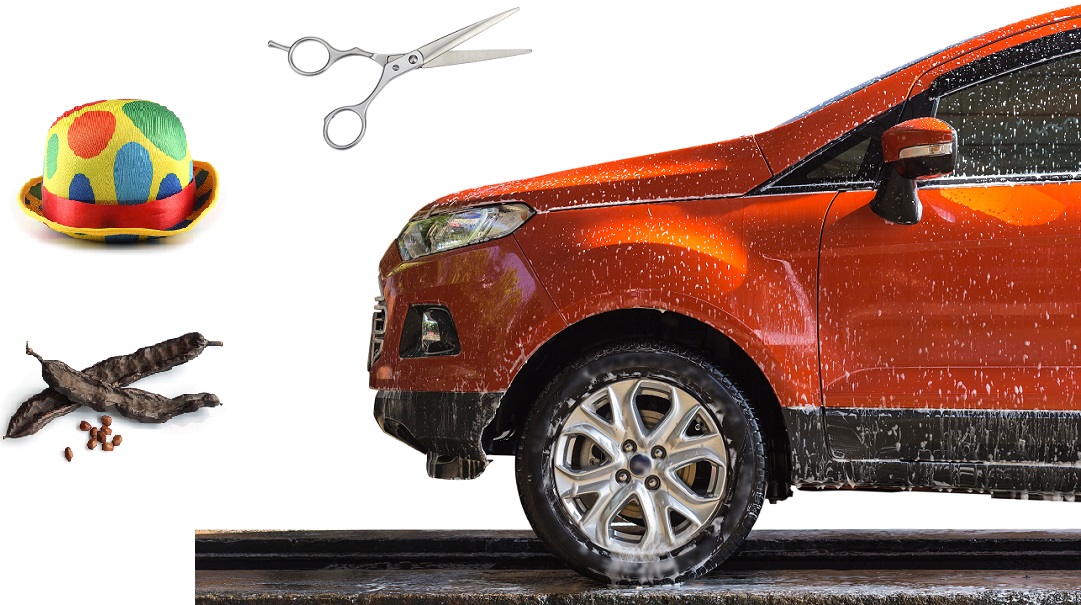 here are plenty of seasonal businesses. If you sell winter coats, summer is definitely a slow season. If you sell those silly glasses people wear at Times Square on New Year’s Eve, you probably spend the rest of the year pretty bored figuring out if there’s a market for glasses that say 2015 on them. But, there’s another form of seasonal business: the business that is momentarily Jewish. Normally, we assume “once a Jew, always a Jew.” Our identity is immutable. Business, however, is different. Corporations, stores, shops have figured out that there are moments when they will be flooded with Jewish consumers, and each Yom Tov has its own business it momentarily transforms into an in-store farbrengen. Before long, dry cleaners know when candle lighting is, the fruit store knows about the stresses of a three-day Yom Tov. I’m pretty sure my mechanic knows when the molad falls out. Just because a store is not owned or operated by Jews doesn’t mean it’s not a Jewish business. Sometimes for a few weeks, sometimes for only a few days, businesses step through the mikveh of dealing with Jewish consumers so that they can rightfully be called Jewish businesses.

After briefly perusing the prices at his local Succah Depot, Chaim knows this is going to have to be his year. He’s going to build his own Succah from scratch. How hard can it be? He takes his older son and announces triumphantly to his wife, “We’re going to Home Depot.” For a moment, he feels like the kind of man who mows his own lawn. Maybe, he even thinks, “I’ll buy a mower while I’m there. They sell mowers at Home Depot, right?” His wife doesn’t say much, but she knows how this ends. She doesn’t want to pour her natural skepticism on her husband’s newfound enthusiasm. She tries not to think about the time he tried to build a bookshelf from IKEA. She tries not to think about the time he tried to change a tire. Both incidents ended with her husband nearly losing a limb and storming off to stew in his silent angry inadequecy. But now is not the time for her to say anything. Instead, she just waves — “Good luck!”

As Chaim approaches Home Depot with his son, he already begins to roll up his white sleeves. He hasn’t felt this exhilirated since he gave his first chaburah in yeshivah — he hasn’t been this sweaty since then either. When he enters the store, expecting to see burly mustached lumberjacks hauling tree trunks over their shoulders, he’s instantly crestfallen: Home Depot looks like a minyan factory. Chaim doesn’t feel so special anymore. The Home Depot greeter turns to Chaim as he walks in: “Zip ties — aisle four.” Chaim glances over — most of his neighborhood is filing in and out of aisle four. But, Chaim came for more. “Where do you sell wood?” he asks. Before the Home Depot employee asks what type of wood he’s looking for, he catches himself. He can tell this guy doesn’t know what kind of wood he needs. Instead he walks him over to where they sell wooden slabs, perfect for a succah. “How much do you need?” Chaim thinks for a second: “About 11 tefachim,” adding as he whispers to his son, “Lefi shittas Rav Chaim Naeh.” The Home Depot guy doesn’t bother with more questions. “I’ll just ring you up in front and bring what you need to the car — anything else?” Chaim thinks for a second: “What aisle are your lawn mowers?” When he finally gets home to a mess of lumber, zip ties, screws, and rope, he’s already out of breath. Chaim turns to his son: “Can you get Tatty the phone?” Chaim takes the phones, dials, sheepishly walks into the backyard. “Hello, Succah Depot? Do you still deliver?” 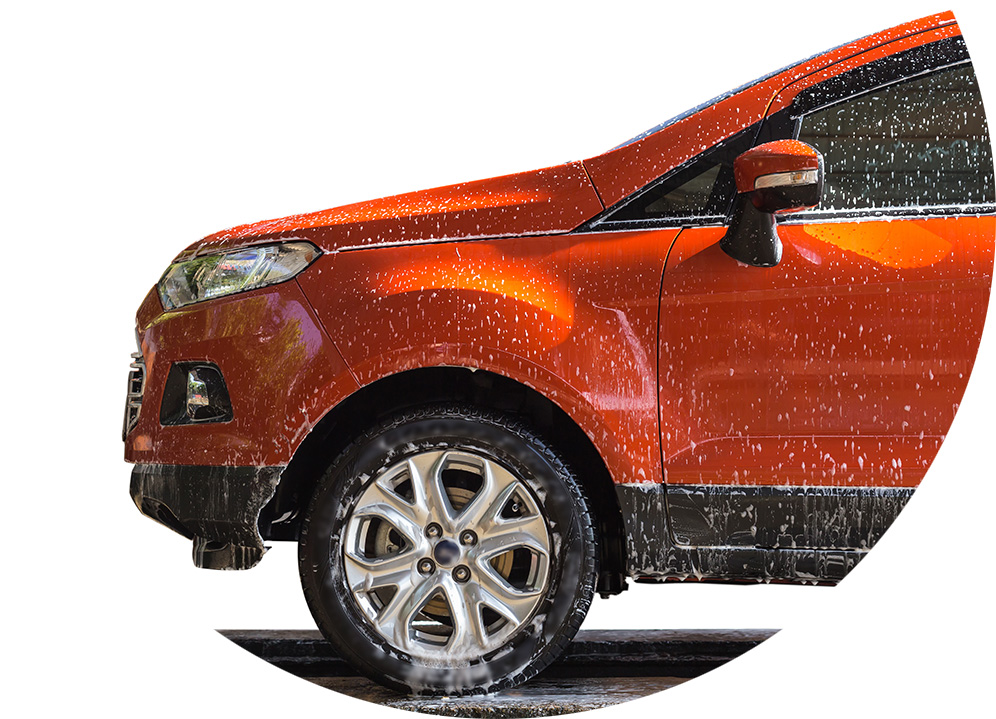 There’s something about Pesach that makes people add a few dollars to the price tag. As a close friend pointed out, while the rate of inflation hovers around 2% in the United States, it’s closer to 10% in the frum community. Hand-baked shemurah matzah is at least 15%. Meat starts creeping up in price. More than the holiday of freedom, Pesach is a celebration of free markets. And nobody celebrates the freedom of capitalism like the car wash crew before Pesach. If you’ve ever felt degraded waiting in line at a smorgasbord, try waiting in a long winding line to clean up that food from the shmorg still stuck in the cup holders in your car — there is nothing quite as gross as the inside of a cup holder inside a frum minivan. When you finally get to your turn at the car wash, ask if they can just Purell the inside. Trust me, you need it. And when they finally quote you the price for the “Passover Special” car wash, just appreciate that your car was maschil b’gnus and mesayim b’shvach — for car washers around the world. 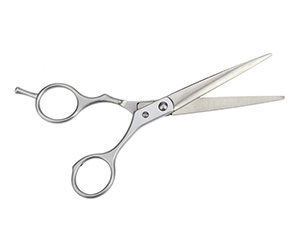 Visiting a barbershop right after Lag B’omer can feel like visiting the Bronx Zoo on Chol HaMoed, but every exhibit is another kind of Jew. On your left is our first exhibit — a young child screaming at the top of his lungs who still hasn’t recovered from the trauma of his upsheren when he was cornered by the entire scissor-wielding neighborhood. The next exhibit is your neighbor who, you didn’t realize until today, has a massive bald spot cleverly hidden underneath his yarmulke. And, the final exhibit, by far the most exciting, is the rosh yeshivah — leaving the rest of the barbershop awkwardly debating if they should leave as he finishes his haircut. Personally, I visit the barbershop with a great deal of dread. Nearly every barbershop has two kinds of barbers: the one who knows how to cut your hair and the one who doesn’t. And on a packed day post Lag B’omer, you may be in the dreadfully awkward situation where the Bad Barber becomes free as the Good Barber is still busy, putting you in the painful situation where you have to essentially announce, “I’m just gonna wait for the other person who, y’know, knows how to actually cut hair.” Nothing feels worse. If it were up to me, we’d have a special Hallmark card we could give the Bad Barber as we sheepishly avoid eye contact until the Good Barber is ready.

Here’s my poem I composed for these situations: I know you had an open chair // I just don’t like the way you cut my hair // You’re a nice barber and ton of fun // I’m so sorry, but I’m still gonna wait for the next one. A Gutten Lag B’omer, *signed* An awkward customer. 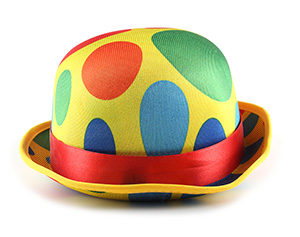 A common pre-Purim ritual is the annual trip to the thrift store to see what outlandish pieces you can add for your annual group tzedakah run. Pink pants — check. Feather boa — check. Oversized sun hat — I’ll take two. It’s always a blast. But here’s the less fun part that I am hesitant to even mention but merits a reminder: There are people who actually need to shop in thrift stores. I’m not calling to abolish the annual pre-Purim thrift store trip, but I am pointing out some basic sensitivity before we parade into a thrift shop giggling and laughing at the clothes. There is a decent chance that there is another family there out of necessity. It’s a good lesson to keep in mind when visiting any of our seasonally Jewish stores before Yom Tov. While your dry cleaner may appreciate the added business, make sure the other customers do as well. 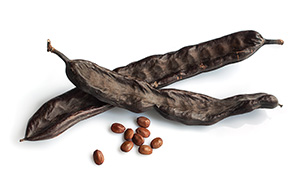 Acres and acres sit quietly, as the farmer begins to question whether he should even continue in this line of work. But suddenly a call comes in. “Yes, we’d like to order 6,000 pounds of your finest carob.” I don’t know what carob farmers do the rest of the year, but I wish I could see their faces when that order of several thousand pounds of carob are placed by Jewish communities around the world in time for Tu B’Shevat. Now I don’t know who still actually eats carob, or, as it is known in Jewish communities, bokser, but I know this: No Tu B’Shevat pekeleh bag is complete without it. Carob farmers may not know which community keeps them in business, but without a doubt, more than bokser has kept Tu B’Shevat, Tu B’Shevat has kept bokser.