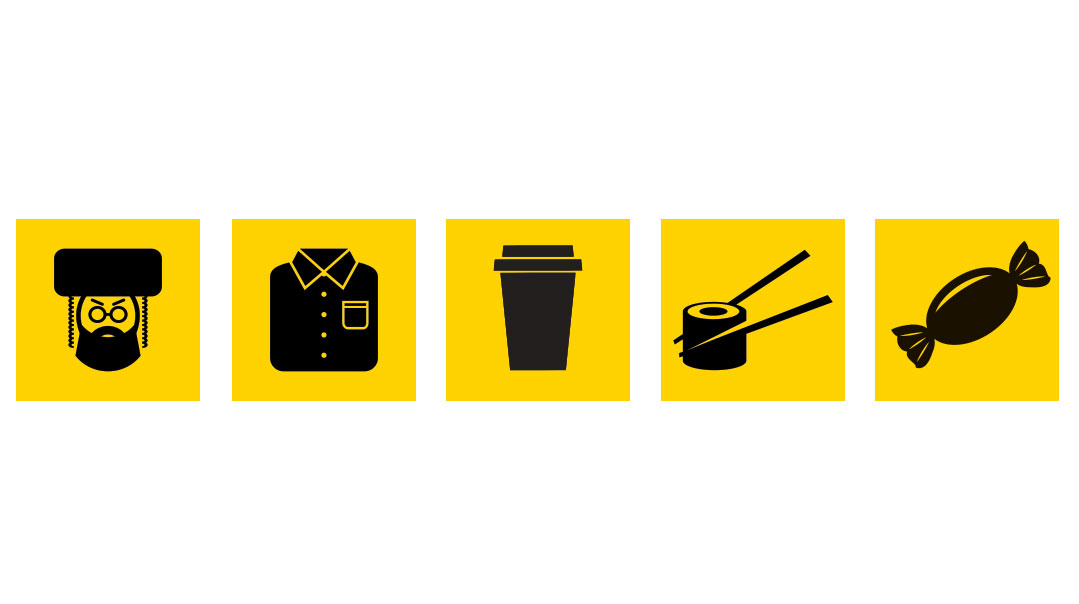 These cookies, affectionately called “shtreimel cookies” due to their striking resemblance to chassidic headgear, are actually of Italian origin. Combining the deliciousness of chocolate with the Shabbos-friendly absence of dairy has made these pareve snacks the official cookie of Shabbos parties for decades.

What some patriots have described as “the Stella D’oro Swiss Fudge cookies of shirts,” Charles Tyrwhitt, has quickly become the official shirt of the Jewish community. It may be the irresistible 3 for $99 deal or the firmness of their brass collars that stays, but these shirts have become nearly as Jewish as the bodies they clothe.

For those outside of the Jewish community, this may seem like a great vehicle to transport an extended family with cousins to the annual reunion, but in the Jewish community it has become the standard-bearer for family trips. What’s that mixture of stickiness and crust left inside the cup holder in the back seat?! Stop asking so many questions and just enjoy the fact that the whole mishpachah can be together for the next three hours until we get to Baltimore for Shabbos.

Sushi (in a pizza store)

This Japanese dish exploded onto the Jewish scene a few years ago. The Jewish community, however, was not content with just adopting this delicacy — we also wanted to play shadchan. In one of the most unexpected shidduchim in Jewish history, the Jewish community set up Sushi with Pizza. No matter that they have different countries of origin, we’re a kehillah of matchmakers — and so the presence of sushi in a pizza store has become a uniquely Jewish experience.

Few communities need snacks that could be easily hurled at a young teenager, but Sunkist Fruit Gems fit that description perfectly — making them the ideal projectile to aim at a bar mitzvah boy. The soft exterior and sweet taste allow these snacks to be joyously flung following leining without much concern for injury or shul destruction.