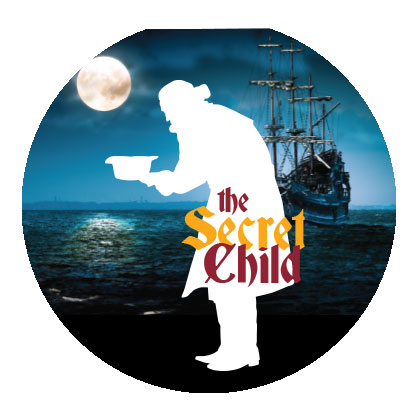 he fish that swallowed Eliezer alive traveled across the ocean at breakneck speed. Like all creatures that exist, Hashem directly controlled its impulses to lead it toward a very specific island.

An old fisherman dozing on a tiny raft off the coast of this island was rudely awakened when something large bumped against his boat.

A giant fish leaped out of the water and landed with a clunk at the feet of the fisherman.

The fish belched and out tumbled a young teenage boy. Having accomplished its mission, the fish rolled over the side of the boat and disappeared beneath the ocean waves.

The fisherman’s jaw hung open in shock at the sight of the dazed passenger peering up at him.

“W-where am I?” the boy managed to ask after a long minute.

“Off the coast of a Jewish island led by the honorable Reb Meshulam.”

“Can you please take me to him?”

The fisherman took Eliezer to shore and introduced him to the tzaddik of the city, Reb Meshulam. The fisherman was an honest man, and he kept true to his promise to Eliezer not to utter a word of how he had found him.

“You’ve traveled from very far away, and you need someplace to stay and learn Torah?” Reb Meshulam asked Eliezer after the fisherman had introduced them.

“You can stay at my house. I sense a great kedushah about you. Tell me, my child, how learned are you?”

“Then follow me, and sit in the great beis medrash on this island. I am sure you will become great after soaking in the teachings of the wise elders who live in this holy place.”

Eliezer stayed with Reb Meshulam for many years, and never once did he let slip that he was greater in Torah than all of the chachamim who lived on the island. He knew that one day the purpose of his time on this island would be made clear to him, and he waited patiently. He also understood that there was a special reason why he had to be separated from his parents, so he did not leave the island and attempt to find them until explicitly instructed to do so.

Sitting in the beis medrash one day, Eliezer heard a commotion on the street. He glanced out the window and saw a tall, handsome man being carried on the shoulders of two burly men through the streets.

“Make way! Make way for Martin the Wise, the man whom every rabbi fears!”

“It’s the apikorus!” someone whispered to Eliezer. “He comes around every year and makes a mockery of us! He sits outside the study hall and challenges everyone to debates on the validity of the rabbi’s teachings on the Torah. He’s extremely intelligent and quick-witted, and somehow he manages to make everyone who converses with him appear like a total ignoramus.”

Martin the apikorus, once a faithful Jew, took his usual seat outside of the beis medrash and began heckling everyone who passed by.

“Why do you all hurry by me?” Martin called with derision, pointing at the nervous Jews who ran past him. “Are you too afraid to defend your own Torah? Come now, stop being such cowards and debate me!”