A good way to assess your avodas Hashem throughout the year 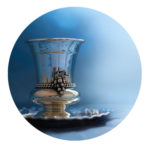 “These are the words that Moshe spoke to all Bnei Yisrael on that side of the Jordan in the desert, in the plain opposite the Red Sea, between Paran and Tofel and Lavan and Chatzeiros and Di Zahav.” (Devarim 1:1)

Rashi comments here that when Moshe gave Bnei Yisrael mussar, he didn’t mention specific incidents by name. Rather, to preserve Bnei Yisrael’s dignity, he nicknamed each place where they sinned and allowed them to deduce the rebuke hinted within.

Moshe referred to the last sin in the list, the Sin of the Golden Calf, as Di Zahav, hinting that the cause of the sin was the excessive gold they owned, which they used to make the Eigel Hazahav. (Rav Shalom Wallach, Maayan Hashavua)

The Nine Days were upon us, but despite the issur on hearing music, there was a steady singsong emanating from my couches.

“Ma, how come we never do anything?”

These voices have a unique rhythm, a song that’s been composed and revised generation after generation, ever since summer vacation was invented.

And I, like so many mothers before me, try to intervene with innovations that’ll drive away boredom before it morphs into bickering. But statistically, I know mothers generally lose the Battle of Boredom.

This concept of Di Zahav — excessive gold — has many lessons for us. In its simplest form, it’s referring to excess money that gets misused, like the nation did with the Eigel Hazahav.

But this concept is hinting at more than actual gold. It’s referring to all excesses — travel, luxuries, food, and an excess unique to our generation, that of excess time.

There’s a term we’ve coined: downtime. Our culture has embraced relaxation to the degree that we consider it a mitzvah, a necessity that we claim spurs us afterward to accomplish. But it’s no coincidence that we read this parshah of mussar on Shabbos Chazon, before Tishah B’Av.

They didn’t use their vacation to go to parks or malls or spread like locusts on the beaches. Instead they’d bring extra korbanos, rejoice in the Simchas Beis Hashoeivah and learn more Torah with scholars and Leviim in Yerushalayim.

“Toys 4 Boys are having a sale on drones.” Avi’s sprawled on the couch, flipping through this week’s advertising circular. “They’re only 599.99 shekels.”

“Hey! There’s a magic show this afternoon! Only 59 shekels per person.”

“This house is overflowing with toys and books! Why must we spend more money to keep everyone occupied?”

“Fine! The shekel store’s having a special on bubbles. A shekel a gallon.” He threw the circular across the couch in disgust.

Hmm, I can handle a shekel.

“Yitzi! Shloimi!” I lace my voice with enthusiasm. “Today we’re having a Bubble Bonanza! Let’s go get supplies!”

Analyzing one’s vacation time is a good way to assess your avodas Hashem throughout the year. Is your vacation time filled with activities that promote rejuvenation within a Torah environment? Or is it aimed to kill time, filling it with excess entertainment, the kind that leads to an Eigel Hazahav? By determining this, perhaps we’ll correct the sin of Di Zahav and merit greeting the Ultimate Redemption.

Soon we were out on the patio with a giant-sized bottle of bubbles. Yitzi was practicing puckering up, aiming to get a gigantic bubble without it bursting. Binyamin was puffing out a slew of small bubbles that delighted Shloimi, who was chasing them in ecstasy. Avi watched us with apparent disinterest, but as the bubble-blowing took off in earnest, even he was pulled outside. For a short time, all was bliss as we watched the bubbles blowing gently in the breeze.

“I have an idea!” Inspiration often strikes when we least expect it. “Soon it’s Tishah B’Av. Let’s send each bubble up to Shamayim with a tefillah, what we hope the Beis Hamikdash will bring.”

“I want to be a Kohein Gadol!”

Some bubbles popped immediately. Others floated for a bit. But still others wafted slowly upward, their multicolored prism walls holding the innocent and sincere prayers bubbling out of my sons’ souls.

Those who love Bnei Yisrael, who share their sorrows and seek to help — these are the people Hashem desires to lead His nation

Faigy Peritzman
The Makings of a Millionaire

Faigy Peritzman
Worth the Wait

We daven and Hashem answers our prayers — not always how or when we want, but when the time is right

All ordinary events are acts of Hashem and all are extraordinary