When General Michael Flynn agreed to a meeting with FBI agents at the White House on February 27, 2017, he was the recently appointed national security advisor to president-elect Donald Trump. He was also a nemesis of the Obama administration, who, unbeknownst to him, had been angling for his ouster.

The FBI agents asked Flynn, a retired Army lieutenant general who had served President Obama as the head of the Defense Intelligence Agency, to recount his conversations with Russian ambassador Sergey Kislyak in December 2016. The FBI had recordings of those conversations, since the agency had been eavesdropping on Kislyak as part of its ongoing investigation into Russian interference in the 2016 elections.

Flynn’s answers at the time were not completely truthful. For whatever reason, he failed to disclose that he had discussed with Kislyak lifting sanctions on Russia, which had been imposed by the Obama administration in retaliation for election tinkering. At the time, Flynn had no idea that the FBI was privy to those conversations. He was so sure of the perfunctory nature of the interview that he didn’t even ask an attorney to be present.

Robert Mueller, the special counselor appointed by Deputy Attorney General Rod Rosentein, charged Flynn with lying to federal agents in November 2017. Later, it was revealed that agents had threatened Flynn that they would charge his son, who had at one time worked with his father at a consulting firm, if he did not cooperate.

But all along, Flynn’s discussions with Kislyak were just the spearhead of the FBI attack. That is made clear in two emails and one handwritten note, recently released by Attorney General William Barr, that show just how far the agents were willing to go to prove their Russian collusion story. Two days before the Flynn interview, one agent wrote to his colleagues:

“What is our goal? Truth/Admission or to get him to lie, so we can prosecute him or get him fired?”

Former FBI Director James Comey ordered the interview, and discredited agent Peter Strzok (the one who, it was later revealed, sought an “insurance policy” in case of a Trump victory) conducted it. What the FBI agents really wanted was information about Russian operators working inside the Trump campaign. For months already, agents had relied on the so-called Steele dossier (paid for by the Hillary Clinton campaign) to guide their probe. They were convinced that Trump had won election not on his own merits (or the people’s choice) but instead with the help of Russian intelligence. For the FBI, nothing less than the future of the republic was at stake. If the Russians could penetrate the highest reaches of power in the United States, anything was possible.

In December 2017, Flynn pleaded guilty to making false statements to the FBI and agreed to work with the special prosecutor on his investigation, one that would end with no evidence of collusion by Trump or his campaign. A little over two years later — a period in which Flynn has been dragged through the mud by the national media and had his career ruined — Flynn’s case has been dismissed by the attorney general’s office. In a statement, the agency cited gross negligence on the part of FBI agents.

“The Government has concluded that the interview of Mr. Flynn was untethered to, and unjustified by, the FBI’s counterintelligence investigation into Mr. Flynn — a no longer justifiably predicated investigation that the FBI had, in the Bureau’s own words, prepared to close because it had yielded an ‘absence of any derogatory information.’

“The Government is not persuaded that the January 24, 2017, interview was conducted with a legitimate investigative basis and therefore does not believe Mr. Flynn’s statements were material even if untrue. Moreover, we not believe that the Government can prove either the relevant false statements or their materiality beyond a reasonable doubt.”

In other words, his alleged crime in January 2017 had nothing to do with the Russia probe. Therefore, whether he lied or not is immaterial to the case. It’s a bit like trying to prove jaywalking with a charge of grand larceny.

Attorney General William Barr’s decision was a clear slap in the face to the bureaucratic establishment — the one that initiated the Russia probe, and impeached the president— and they acted swiftly. The judge overseeing the Flynn case made the highly unusual move of appointing a retired judge to review the attorney general’s order to dismiss the case, and close to 2,000 former attorneys general signed a letter asking Barr to resign over “political interference in the Department’s law enforcement decisions.” That is, Barr was acting at Trump’s behest for political reasons.

But that’s not what happened. Barr appointed a career prosecutor, Jeff Jensen, to review the Flynn investigation. He found that the FBI had tried to entrap Flynn in the January 2017 interview. Last Thursday, Barr told CBS News: “People sometimes plead to things that turn out not to be crimes. A crime cannot be established here. They did not have a basis for a counterintelligence investigation against Flynn at that state.”

Meanwhile, back on Capitol Hill, director of National Intelligence Richard Grenell recently forced Rep. Adam Schiff, the head of the House Intelligence Committee, to release 53 transcripts of his committee’s interviews with witnesses in the Russia probe. There are two salient facts emerging from those documents: one, none of the former Obama officials who claimed to have information linking the Trump campaign to the Russians declared so under oath. That means the Democrats pursued impeachment even though they knew they had no solid evidence to fire the president.

Two, we now know who “unmasked” Flynn in the early days of the investigation. Unmasking involves revealing the identify of US citizens who had dealings with foreign actors who are the target of federal investigations. In Flynn’s case, no fewer than 39 federal officials requested unmasking, making them privy to the Flynn-Kislyak discussions. That list includes former UN ambassador Samantha Powell, then-Secretary of the Treasury Jacob Lew, White House Chief of Staff Denis McDonough, and Vice President Joe Biden. This was all done in a six-week period, from November 2016 until January 2017. That was the period before Trump was set to take office. That unmasking stained the Trump presidency from the start, and is still with us today.

If not for a compromised, partisan media, we might now more about wrongdoing in the waning days of the Obama presidency. But one thing is for sure: It now seems that the scandal the FBI and congressional Democrats should have been pursuing was not “Russiagate” but “Obamagate.” 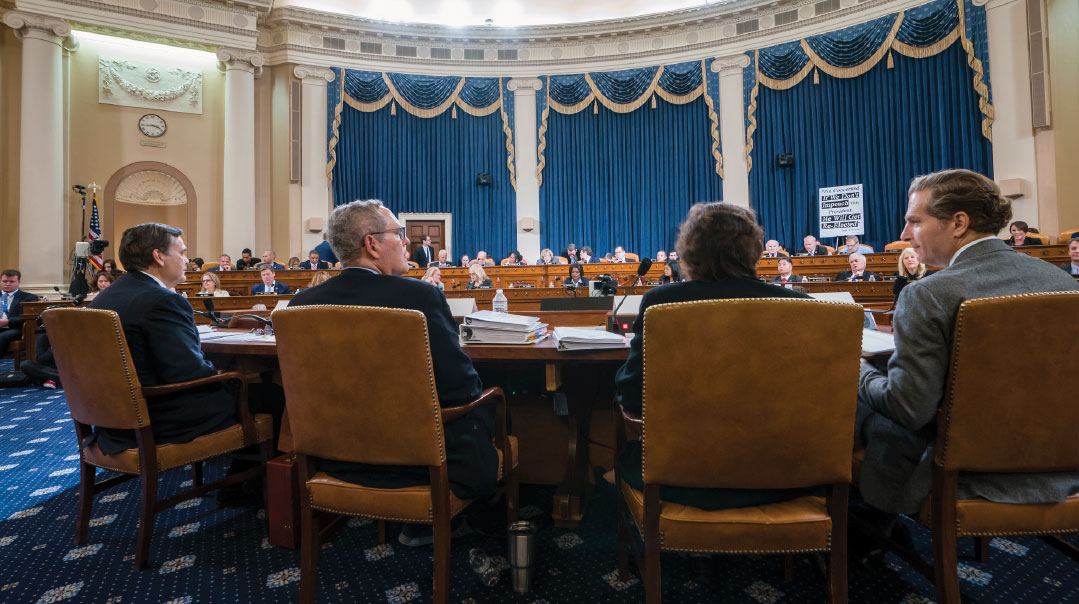