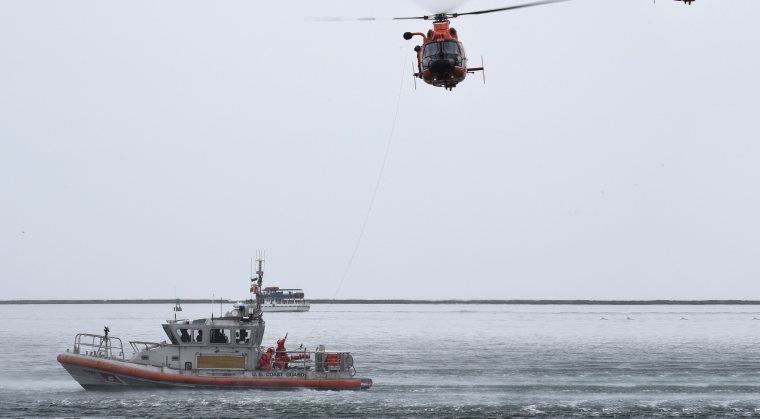 massive search of the waters off False Cape State Park near Norfolk, Virginia, involving nearly 100 volunteers and bolstered by hundreds of thousands of tefillos, ended in grief Sunday, five days after a heroic local rebbi jumped into the turbulent waves to save a camper from drowning.

The body of Rabbi Reuven Bauman z”l, who was described by members of the close-knit Norfolk kehillah as a deeply beloved community leader, was pulled out of the water about 300 feet from the shore, some eight miles from the isolated beach where he had first entered the sea.

Shimon Neuman, the coordinator of the Monsey-based Community Search and Rescue group, known by its acronym CommSAR, told Mishpacha that the discovery of Rabbi Bauman’s body was a solemn moment for the searchers, some of whom had spent days looking for the grade-school teacher.

“The thing that kept us going was that we wanted to give the family some closure,” Neuman said. “The feeling among the searchers was one of relief, on the one hand, that the family is now able to have a levayah and bring him to kevuras Yisrael. But it was also a vivid reminder of the family’s grief.”

120 Hours of Fears and Hope

The call came in shortly after 1 p.m. Rabbi Bauman, a rebbi in Portsmouth, Virginia, who was working as a day camp counselor for the summer, had taken a group of 20 13-year-olds to False Cape State Park, a narrow strip of land sandwiched between a bay and the Atlantic Ocean. But then a riptide appeared suddenly, snatching one of the boys.

Rabbi Bauman jumped into the sea to save the 13-year-old boy, but in the process was pulled out himself. The camper swam close enough to the shore for another rescuer to bring him to safety, but Rabbi Bauman could not make it back.

Minutes later, after the US Guard Coast received word of a man struggling in the water, sailors gunned up their engines for a rescue mission. But even then, they were working against time. Most who are carried out to sea can survive in the water no longer than three hours. Riptides are incredibly dangerous, accounting for about 100 deaths every year in the United States.

The Coast Guard ships roared up and down the coast for three hours before calling off the search. “He acted heroically,” Lieutenant Steve Arguelles told the Virginian-Pilot newspaper, referring to Rabbi Bauman.

But members of the Jewish community in Baltimore and New York, who had arrived at the scene, were not ready to give up. According to Shimon Neuman, what unfolded over the next few hours was one of the largest water rescue missions ever undertaken by the Jewish community.

Several organizations contacted the Coast Guard and impressed upon them the value of saving the life of Rabbi Bauman, a husband and father of five young children. As a result, according to Neuman, the Coast Guard decided to keep their boats in the water until nightfall.

“The stress and grief was very much in the air,” Neuman said. “It was like one big family.”

A number of groups converged on the area, eager to help. Achiezer, the multiplatform social services group based in the Five Towns led by Rabbi Boruch Ber Bender, was first to arrive at the scene and set up a command center. CommSAR took charge of the actual search efforts, dispatching a squad of trained volunteers who divided up the search area and assigned zones to about 100 volunteers and emergency responders. CommSAR’s search efforts were led by Jay Schwartz and Mordy Neuman, Shimon’s brother.

In addition, Chevra Hatzalah of New York sent two planes and a helicopter to Virginia, aircraft that were originally purchased to make cross-country trips to hospitals, but were now dispatched for a rescue. The Shomrim of Baltimore sent a boat, as did Misaskim of Baltimore, a group that helps people through the grieving process but also provides emergency services. Finally, two private volunteers from Toms River, New Jersey, arrived with jet skis to aid in the search.

The local community, both Jews and non-Jews, supplied a continuous amount of food, water, and support to the search parties. And the entire community rallied around Rabbi Bauman’s family, whose devastation was compounded by rumors spreading, particularly on Twitter and some websites. “The mood among the searchers,” Neuman said, “was that they knew it was a recovery mission but because we’re Yidden we believe in nissim.”

The search came to an end on Sunday at 1 p.m., when a boat piloted by Misaskim of Baltimore volunteers spotted a body bobbing in the water. They were patrolling about eight miles from the beach where Rabbi Bauman first jumped in to save the boy.

“This is a terrible loss,” Joel Rubin, the Norfolk Jewish community’s spokesman, told a local CBS affiliate. “Rabbi Bauman was among the most respected of rabbis and teachers in this community. He was a father, a scholar, and an outgoing, smart man.” 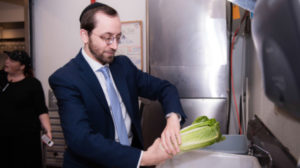 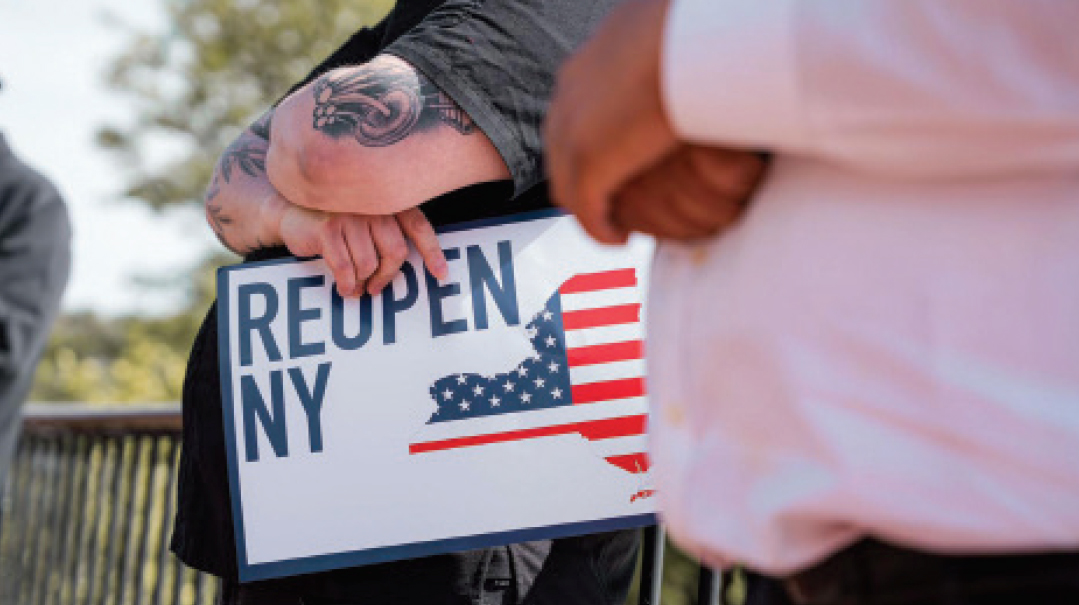