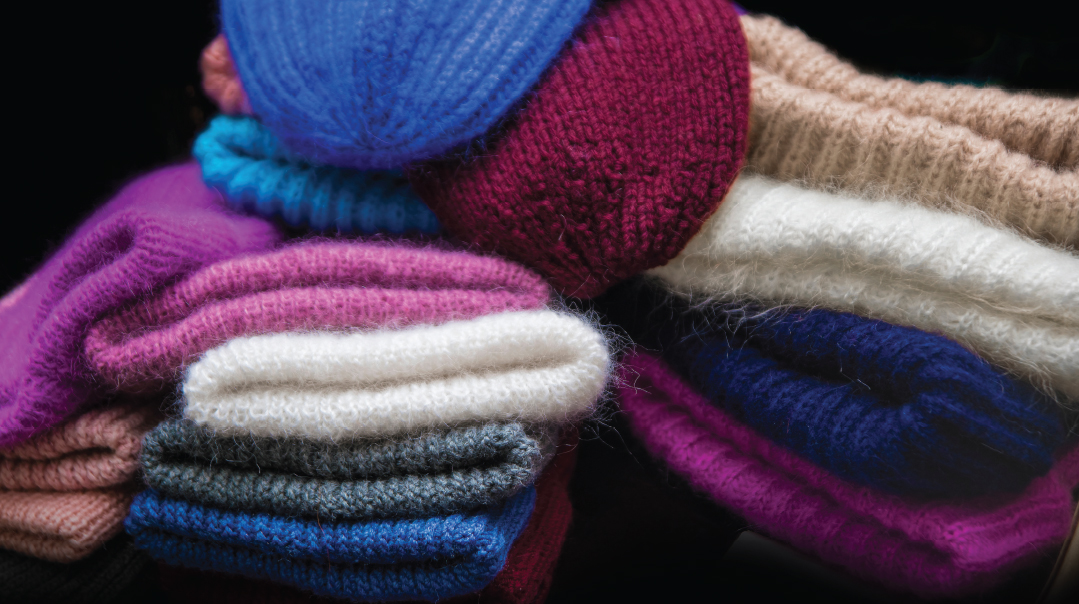 I get headaches from snoods. I know, most women can’t wait to wear their snoods. They anxiously count down the minutes during business meetings and simchahs until they can return home and do the “Mommy-swap” right into a tichel.

I’m the opposite. I’m completely comfortable in a wig; snoods and tichels squeeze me the wrong way and the migraine slowly builds until I’m the worst version of myself.

So over the years, I started wandering around the house in a hooded sweatshirt. Sheitels were too hands-off for mommying; I couldn’t relax in them.

Yes, this didn’t provide the best coverage. Yes, the hood would fall off, and yes, this has led to some awkward moments when neighbors swung by for eggs and milk. But that was my normal, and it worked.

Then Chemda passed away. Tall, lovely Chemda from the apartment upstairs, Chemda who had barely turned 30, who had four small children, who was gracious and kind and a steady background presence in my life.

We weren’t friends, but I genuinely admired her.

And so the day after her levayah, as I watched her husband crumple in on himself, I took a kabbalah on myself. For Chemda, who had been a true tzanuah, I would cover my hair in the house. I couldn’t wear the snoods touted in the frum stores — they were too tight and vise-like — but for Chemda, I decided that I’d always have a beret or tichel on my head.

It didn’t matter to me how much of my hair would actually be covered; they say kabbalos should be acquired through baby steps, so as long as my head had something on it, I was satisfied.

Pesach came, and we flew to our families in the States with a stopover in Moscow. It was the usual chaos of suitcases and last-minute diaper changes and lost passports. Halfway through the flight, I switched out of my sheitel into a beret.

We finally landed in Moscow, and as we stepped onto the tarmac, our hearts leapt into our mouths. There, directly across from us, was a plane on fire. The Aeroflot plane had been forced to turn around shortly after takeoff due to mechanical issues, and erupted in flames as it made an emergency landing. Tens of people had died. There are no words to describe the scene, the panic and chaos and complete anarchy as the airport shut down.

We peeled our eyes away from the devastation, herded the kids into the terminal, and settled onto the floor. Wearily, we passed around cookies. The kids were zombies, chewing automatically, eyes half closed. In the back of my mind, I knew my beret was slipping, that it had long passed two tefachim, but I was too numb to care.

Many hours and three missing suitcases later, we were finally, at long last, at our destination. As I climbed into bed, my last coherent thought was: Why me?

Picking up the thread the next morning, I wondered: What did Hashem want me to take away from yesterday’s tragedy? Why had I been one of the few to witness such devastation?

There is no way, in this lifetime, to know the answer to that question, but two things stood out very clearly from the trauma of the day before:

Firstly, the scent of fire and burning metal.

Second, the feeling of my beret — my soft, comfortable, stretched-out beret that covered my hair but not sufficiently — slowly slipping backward.

I know we’re not meant to have the answers, that we’re just supposed to do our best and that there are no guarantees, but I was also very cognizant that in the scenario Hashem had placed me in — as an onlooker to a terrible tragedy — my best had been sorely lacking.

And so amid my jetlag and exhaustion, I marched out to one of the many frum accessory stores and purchased a lovely tight, chenille snood. It was just as uncomfortable as I thought it would be, yet the feeling of relief was worth it.

It’s been a year-and-a-half since Chemda was nifteres, more than half a year since Pesach.

Day by day, step by step, my kabbalah grows steadier.