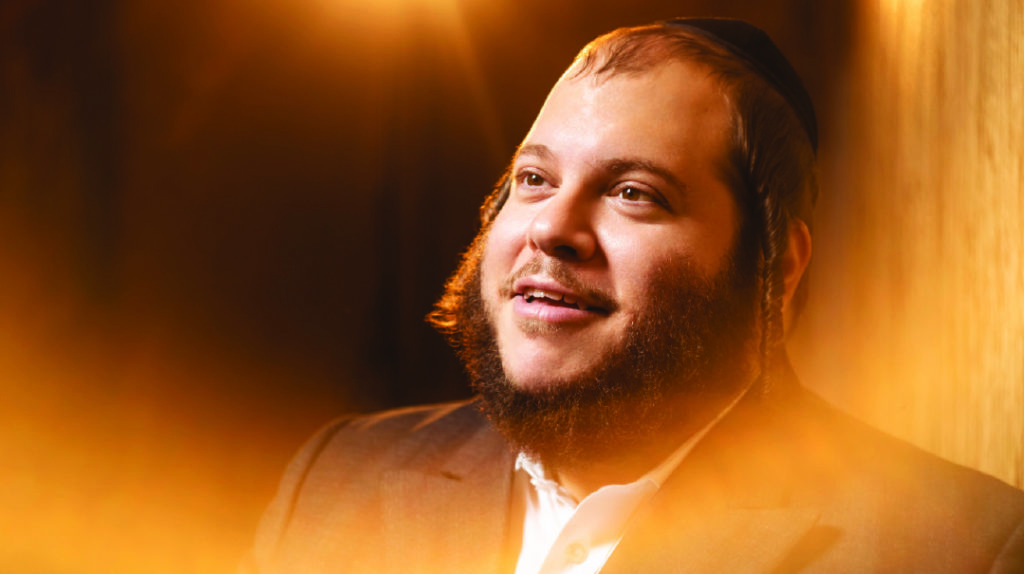 “Please, don’t ask me for a favorite Yiddish song — that’s like asking which finger l like best”

For Williamsburg-born singer Levy Falkowitz, Yiddish songs are a speciality, the center of his universe. Although he’s a polished and versatile performer in several genres, there’s a certain pride and joy he takes in sharing these gems of his own mamme lushen. It’s clear he’s revelling in the richness of the language, a pleasure that listeners just can’t miss.

“Please, don’t ask me for a favorite Yiddish song — that’s like asking which finger l like best,” he says. “But one I’ve been singing a lot recently is MBD’s ‘Moidim,’ from his Kulam Ahuvim album. It’s based on a beautiful story from the Chofetz Chaim about appreciating what you have, and that’s something I deeply connect to.”

Besides recent Yiddish hits, there are the traditional older songs that are part of his musical makeup. “My mother, born after the war, always sang Yiddish songs to me as a child. I recently performed an old song my mother taught me, titled ‘The Millionaire,’ which I had my eye on performing for a long time. It’s a haunting prewar song, with a great lesson about money and riches.”

Falkowitz has a direct, straightforward manner, which is one reason he loves the candid messages of those old Yiddish lyrics. “There’s a certain raw sincerity to those songs,” he says. “They just got to the point, reminding a Yid why he’s here, warning him not to get lost among the shiny baubles of this world. Today, the Yiddish songs speak a much softer language — it’s a generation thing.”

Of course, the Yiddish songs from a century ago were not all Torah and mussar. The secular Yiddishists also had their songs, and then there were the Jewish folk songs that seemed to cross the lines, classics such as “Rozhinkes mit Mandlen” or “Mein Shtetele Belz.” These have spawned research because they reflected the realities and attitudes of contemporary Jewry so poignantly, and many are catalogued in libraries of Yiddish folk songs, both in Israel and in New York.

Falkowitz has ventured to sing some Yiddish theatre songs, “As long as they are completely clean. There is one, which Max Perlman performed right after the war, a comic song about how a rich man cannot understand the poor, which was performed at a Chol Hamoed performance in Yiddish, but some of the words had to be changed. Then there is ‘Rumania, Rumania,’ a Yiddish folk song you’ll hear us chassidish singers performing occasionally, but we’ll will always skip certain words, sort of mumbo-jumboing them.” 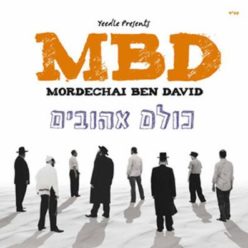 Moidim
Mordechai Ben David
00:00
00:00
Related content
Riki Goldstein
Perfect Harmony: Can you think of a song that has amazing vocal arrangements?
"There are other songs with gorgeous harmonies, but this is the first one that comes to mind" 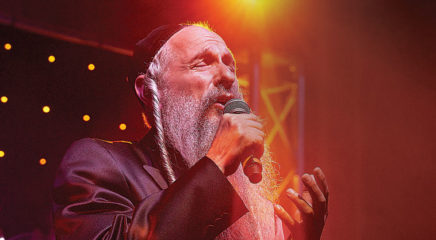 Riki Goldstein
MBD Favorites: Torah Hakedoshah
For over four decades, we’ve sung and danced, swayed and prayed, to hundreds of iconic MBD songs, the ones he wrote himself and those collaborations he made famous. And now we’ve asked our readers: Which one of Mordechai Ben David’s songs has touched your life?

Riki Goldstein
MBD Favorites: Shiru Lamelech
For over four decades, we’ve sung and danced, swayed and prayed, to hundreds of iconic MBD songs, the ones he wrote himself and those collaborations he made famous. And now we’ve asked our readers: Which one of Mordechai Ben David’s songs has touched your life?