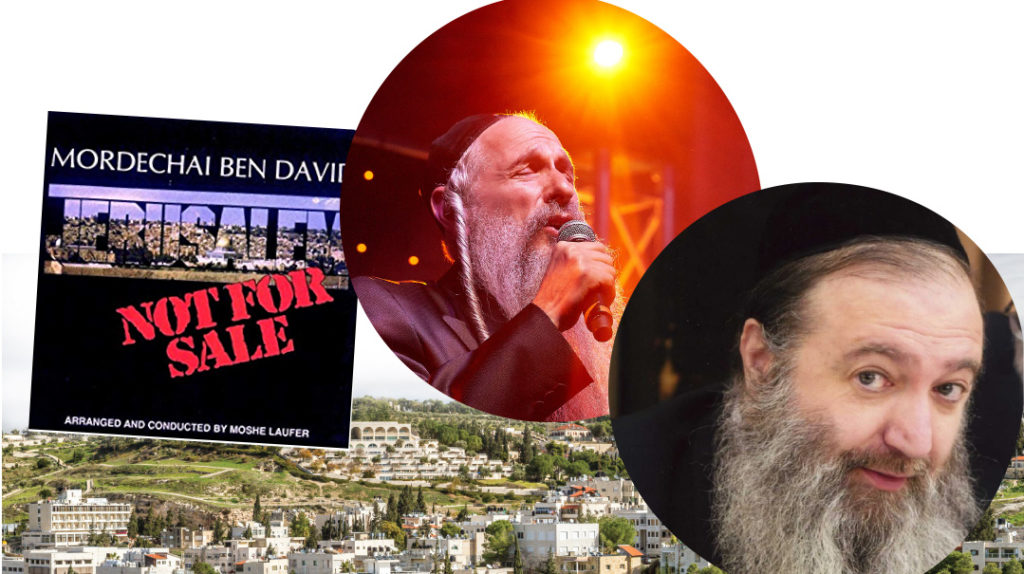 "I firmly believed that it was the right thing to record that song, and that’s what I did"

Jerusalem Is Not for Sale

Album: Jerusalem Is Not for Sale

After two albums with title tracks about freeing Soviet Jewish Prisoners of Zion, Mordechai Ben David again jumped into the political fray with his refrain, “Yerushalayim is not for Sale” — an emotional appeal and warning to Mormon leaders who were seeking to build a grand campus on the foot of Har Hazeisim opposite the Temple Mount, and to then-Mayor Teddy Kollek, who agreed to give them a large chunk of prime property. References to previous enemies who had over the centuries failed in their bids to wage war on the holy city, and raw outrage at the perceived Mormon intentions of proselytizing, made this a passionate song of protest, and the candor of the refrain makes it into a slogan that has been borrowed at many and diverse protests. This song, with its calm introduction and confident chorus, conveys both the sanctity of our holy city, and its ultimate ownership by G-d alone. (In the end, the campus was built and remains a prominent fixture on Jerusalem’s eastern skyline, after the Mormon Church — which has generally been supportive of Jews and Israel — pledged that there would be no proselytizing or missionary work coming out of the campus.)

I served as deputy mayor under Teddy Kollek, then under Ehud Olmert, and this Mormon scandal marred the end of Kollek’s term. Kollek had a majority in the city council without the chareidim, but he was the kind of politician who liked to build a wall-to-wall coalition, so the Agudah faction joined him. After all, from the opposition benches, all you can do is shout — from the coalition you can work to help your constituents.

Kollek was a master fundraiser, who managed to solicit monies from all over the world for projects in Jerusalem. For example, he completely rebuilt the municipal buildings using mega-donations from the Safra family, to create today’s Kikar Safra. The Mormons had given him vast donations, and they had asked him in return for land in the city to build a center for their faith. Kollek acceded and offered them a site on Har Hazeisim.

When the Lev Simchah of Gur heard about this deal, he was aghast and deeply pained. The Mormon mission is very dangerous. Mormons’ deep pockets would enable them to build an impressive, welcoming campus. Their famous Tabernacle choirs, hundreds of voices strong, would offer beautiful performances that would attract and ensnare vulnerable Jews, Russian immigrants, and curious students. That this should take form right opposite the Makom Hamikdash, enabled by a Jewish mayor, was an unthinkable outrage to the Rebbe.

We, the Agudah faction, left the coalition in the Jerusalem municipality over this issue, and MKs Rabbi Menachem Porush and Rabbi Shlomo Lorenz raised it in the Knesset. The Lev Simchah sent elder chassidim with white beards to protest outside Kollek’s office every day.

Then came the mass protest, opposite the proposed site. Mordechai Ben David was invited to sing and he arrived in Eretz Yisrael with a new song, ready to assist in fighting this battle that the Rebbe had taken so much to heart. “Yerushalayim is not for sale” was sung in English, its battle cry resonating across the valley and piercing hearts.

Despite the outcry and the prayer gatherings, the Mormon center went ahead. The Lev Simchah’s anguish contributed to a decline in his health, and many say that the painful saga hastened his petirah.

As for Kollek, he suffered from it too. A few years later, in the 1993 elections, the succeeding Gerrer Rebbe, the Pnei Menachem, and Rav Elyashiv called for the chareidi community to support Ehud Olmert’s candidacy. It was the first time they had asked people to vote for a secular mayor. Teddy Kollek never got to use the mayoral offices in his new complex at Kikar Safra, because selling out to the Mormons lost him his job.

When I am sure of my beliefs, I feel no responsibility to be accountable to anybody. I firmly believed that it was the right thing to record that song, and that’s what I did. The song was written as a protest against the Mormon Church, which built their center across from the site of the Holy Temple. The Gerrer Rebbe, the Lev Simchah, was deeply pained by it and fought bitterly to prevent it. On Chol Hamoed Pesach of 1986, the Rebbe planned to organize a huge demonstration across from the Temple Mount, and he asked me to perform during that demonstration. His chassidim suggested that perhaps I should write a song especially for that occasion. Indeed, I composed the song “Jerusalem Is Not for Sale,” and that demonstration is forever etched in my memory as one of the most moving moments in my life. I was standing across the Temple Mount, with my back to the holy site, facing the audience. When I sang the song “Rachem Bechasdecha” and reached the words “al Tzion mishkan kevodecha, zevul beis tifarteinu,” I turned around to face Har Habayis. I have no words to describe my emotions at that minute — it was like more than ever before, I deeply understood and felt totally connected to the battle over the sanctity of Yerushalayim. 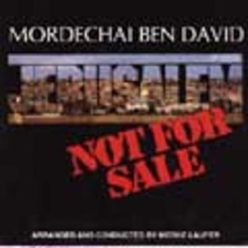 Jerusalem Is Not for Sale
Mordechai Ben David
00:00
00:00
Related content 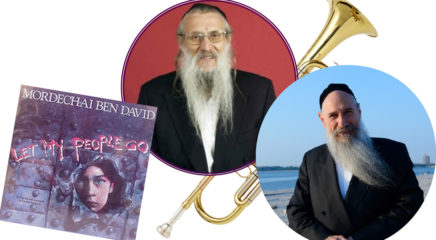 Riki Goldstein
Let My People Go
The song elicits chills even today, more than 30 years after the fall of the Iron Curtain 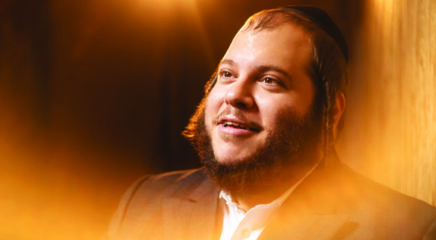 Riki Goldstein
Nothing Like Singing in Mamme Lushen
“Please, don’t ask me for a favorite Yiddish song — that’s like asking which finger l like best”
Riki Goldstein
Perfect Harmony: Can you think of a song that has amazing vocal arrangements?
"There are other songs with gorgeous harmonies, but this is the first one that comes to mind"