I’ve never used the term “fake news,” and I hope I never will. One reason for that is articulated particularly well in a 2017 National Review column by the peerless Kevin D. Williamson:

I used to be a newspaper editor, a cog in the wheel of the dreaded “mainstream media.” I’ve written for the New York and Washington newspapers, and even — angels and ministers of grace defend us! — Politico. And the checks go both ways: I am a paid-up subscriber to the New York Times. Call me an enemy of the people. Here’s a little secret for you: The news ain’t fake. (Mostly.)

Observing that “for conservatives, hating the media is a reflex, and sometimes a funny one,” he provides the amusing example of Sean Hannity “reading breathlessly from an Associated Press (AP) report on a federal surveillance program, ending with the instinctual harrumph: ‘The mainstream media won’t tell you about that!’ ” Except, writes Williamson, that the AP, as a nonprofit cooperative owned by large numbers of newspapers, television networks, and radio stations, actually generates the ocean of news from which the media “mainstream” flows.

The AP, he continues,

has bias problems and some notable competency problems, and, like any organization that does any substantive reporting, it makes errors. But it does not, for the most part, traffic in fiction.

Neither does the New York Times. Neither does the Washington Post. Neither does the Wall Street Journal. All of those institutions have problems; even the best newspapers and magazines are snookered from time to time…. But it is cheap, it is cowardly, and it is bad citizenship to simply shriek “fake news!” every time reality forces a hard choice upon us.

Which is to say, a critical eye is warranted. Newspapers, like all the works of men, are imperfect things, and the nation’s newspaper editors and television-news producers are very much at fault for the low general level of trust in the media. But they do not traffic wholesale in fiction. All of the cries of “fake news!” in the world are not going to change that.

What is happening right now is not salubrious skepticism but a kind of mass hysteria, millions of heads plunging with struthioniform insistence into the same sand, as though insisting that reality is something other than what it is, or merely averting our gaze, would somehow alter the truth.

I often have to suppress a chuckle when reading critiques taking “the media” to task, as if the publications in which these attacks appear are not also the media, as if to say “The media? That’s them, over there. Not us, Heaven forfend.”

Sorry, but it’s all media, and it’s all mainstream — for its particular readership. The liberal and left-of-center world has it news organs, just as there’s a large universe of print, electronic and broadcast media on the political right wing (I’ve largely stopped using the term “conservative” anymore for those actually responsible for destroying it as a viable movement) that are all are media and all quite mainstream, too. And so too are the frum publications, for their community of readers.

As Williamson contends, none of these purveyors of news regularly and intentionally set out to fabricate facts, and to claim otherwise is indeed fake — I mean false — reportage. To be sure, among the millions of words appearing each week in the media, generated by tens of thousands of journalists across America, some untruths are to be found. That’s what keeps organizations like PolitiFact and others busy, as they sift through the week’s news stories to distinguish what is factual from what is fanciful or even fantastical. But the percentage of news that is flat-out false, let alone maliciously so, is small.

And about those fact-checks, they find falsehoods on both sides of the political divide. Thus, to take just a few of the past ten days’ fact-checks, for every statement by a Mitch McConnell that the Obama administration failed to leave the Trump White House a pandemic response plan (it left a detailed one and briefed incoming officials about it), there’s a claim by a Stacey Abrams that Georgia has seen a 40% rise in confirmed infections since easing restrictions (it has seen a 12% decrease).

And for every assertion by Biden that Trump owes the Bank of China millions (the bank sold its mortgage on a Trump property in 2012), there’s a corresponding one by Trump that Dr. Fauci initially criticized his decision to restrict travel from China (it was Fauci and other health officials who first recommended it to a skeptical Trump). Notice also that all these false claims were made by politicians, not news people.

The major problem with all media is not falsity, but bias in varying degrees and shades. A major theme of the baalei mussar is the existence of unrecognized biases within the heart of man, and how to come to grips with and uproot them. Why, then, would we assume that editors and writers and reporters are impervious to this universal human condition in their chosen line of work?

Virtually anyone I know who has had firsthand knowledge of stories that the media covered will testify that they usually don’t get every last detail about it right, and sometimes get lots wrong, even on the big things. There can be many reasons for that, such as the pressure of deadlines resulting in sloppy investigation and research, and the fact that journalists are generalists dealing with topics that are beyond their ken. But bias certainly has its role in this, too.

Bias can be a very subtle and ultimately unprovable thing, highly dependent on the eyes of the beholder. And it can take many and varied forms: It might be in commentary that masquerades as reportage, in persistently imputing nefarious motives to an individual instead of giving him the benefit of the doubt, or in consistently piling on a particular target.

The sheer volume of negative news reporting on a subject, however, is not in itself conclusive evidence of bias, at least not when the volume and nature of words and actions of an individual or group justify that high level of media attention. News organizations seek out the newsworthy, both for reasons of profitability, and because they see themselves as keepers of the public trust charged with safeguarding the commonweal by revealing wrongdoing. But some members of the First Estate, of course, delude themselves into thinking they act out of high-minded principle when it’s their undisclosed bias that’s at play.

The litmus test is whether a publication reports on issues, events, and personalities across the political or other spectrum, and whether it critiques people and positions across that spectrum with the same frequency and zeal. That is to say, most of the bias existing in media is a matter of omission rather than commission, of what they choose not to report on and thus withhold from their readers or listeners, for whom they are often the primary or sole source of information. I’ve yet to encounter a news publication or program that isn’t guilty to some extent of that kind of selective reporting and commentary.

Since it’s a form of media bias that’s virtually indiscernible, it is equally difficult for the news-consuming public to hold the media to account for it. And we’re all the poorer for it.

Originally featured in Mishpacha, Issue 811. Eytan Kobre may be contacted directly at kobre@mishpacha.com

Eytan Kobre
Are We Still Pro-Life?

Eytan Kobre
Words That Live On

“You’ve got to read this. Look, this happens every 100 years. We need a national strategy” 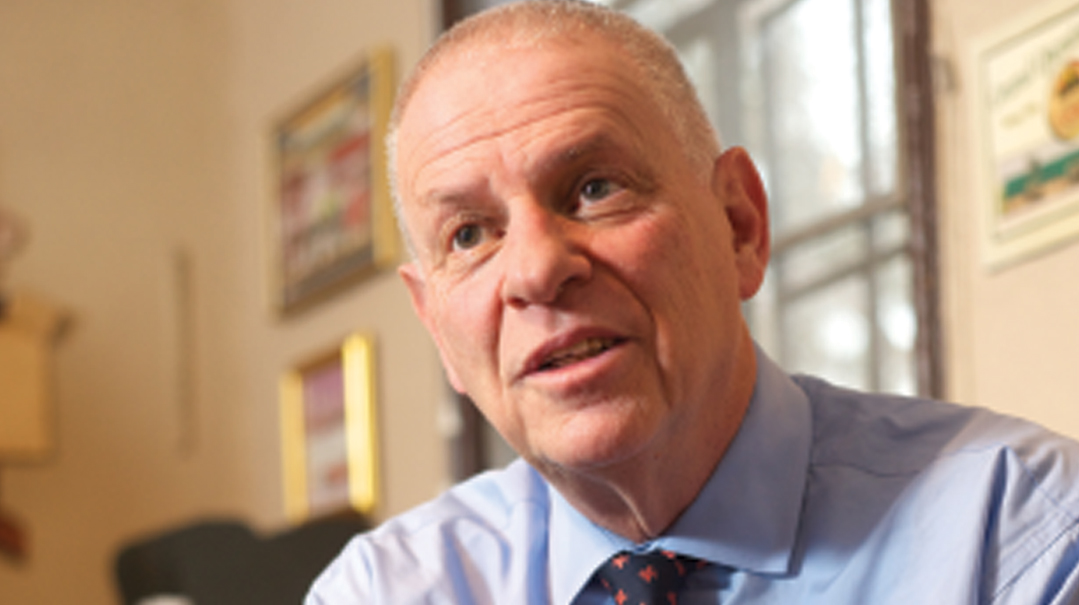 “Don’t write the 800th book on anti-Semitism, or on the Rastafarians. Write something original”