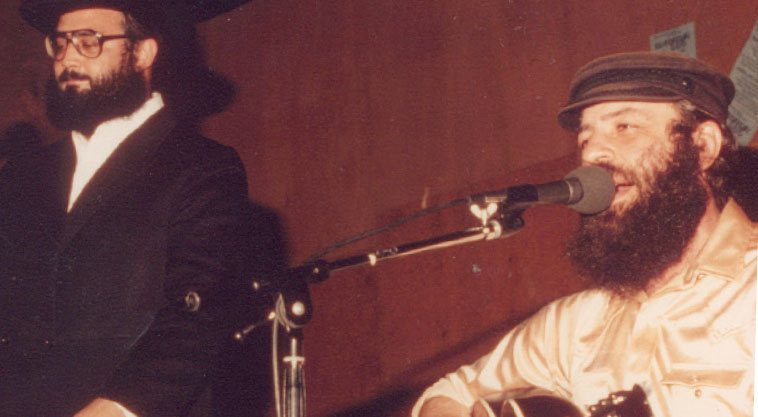 Back in the summer of 1981, I bumped into Yisrael Lamm, who told me he’d just returned from a trip to London where he conducted a concert with Mordechai Ben David. He also mentioned that there were these two guys — Moshe Yess and Shalom Levine — who called themselves Megama Duo and brought the house down. That was the first time I ever heard of Megama Duo, so I went out to buy their record — and was astounded by their incredible talent. So I tracked them down and hired them to do a concert for me in the Catskills. After the show, I invited them to stay with me on the West Side for a few days until their return flight to Eretz Yisrael. Now, Shalom and Moshe were two big guys, and my mother a”h offered to make them dinner. She prepared six amazing 24-ounce steaks, placed them on the table and told them, “The potatoes will be done in a few minutes.” By the time my mother returned, the two guys had finished those six steaks.

It was during those few days that I really got to know Moshe Yess and Shalom Levine — and not just their appetites. They were both musicians who had worked in the secular music industry, and both ended up in Yeshivat Dvar Yerushalayim at the same time. There, they paired up to become the group Megama (meaning “direction” or “purpose” in Hebrew). The two of them had a great rapport on stage, each serving as the foil for the other.

If you ask anyone who remembers, they’ll tell you that the song “My Zaidy” was their absolute best song (in fact, radio host Art Raymond told them it was the most requested song he ever had in 18 years of New York broadcasting). But there were so many other songs that were classic, describing the secular Jewish environments they knew so well and their own journey to Torah — songs like “David Cohen’s Bar Mitzvah,” about a family who spent a fortune on a bar mitzvah that turned out to be the last time the boy put on tefillin; “Jack Schwartz,” about a rich tycoon who went golfing on Yom Kippur and was struck by lightning; “Yosef My Son,” about a person who finds his parents at the Kosel when they had been missing since the Holocaust; and the unforgettable “I’ve got the what-page-are-we-on in the prayer book blues,” about wandering into shul for the first time. These songs touched peoples’ hearts no matter at which level they were holding in their Judaism, and for three years, Megama toured the world with their songs, spreading their message far and wide. When they weren’t traveling, they could often be found performing at the OU Israel Center in Jerusalem, and if you ever wanted to chap a schmooze with Moshe, you could usually find him hanging out at the Gerlitz coffee house in Geula, where he’d share his insights on Jewish life.

But after three years, Shalom got tired of traveling, giving up the music to settle in Jerusalem, learn Torah, and become a sofer. Moshe then moved to Canada, and ended up living not far from Abie Rotenberg. When they first met, Abie had just written “The Ninth Man” (about a rebbi who won over his unruly class by hitting a home run for the crucial game of the season) and was looking for someone to record the vocals on the first Journeys album. With his deep, dramatic voice that never took itself too seriously, no one was more perfect for the part than Moshe. The two of them went on to work together, both on additional Journeys and Marvelous Middos Machine albums. Moshe continued on with more successful solo albums as well.

In 1995, I had the honor of reuniting the two of them for a concert in Carnegie Hall. We called the event The Megama Reunion — it was the first time the two had been together in over ten years. I remember that the meeting was very emotional for the both of them, and the concert was unforgettable. The respect that the two of them had for one another still endured 15 years after they’d begun on their journey. Moshe used to call Shalom “My mentor in halachah,” and Shalom often told me that Moshe was the greatest guitar player he had ever met.

While Zaidy may have made us laugh, Megama Duo certainly made us think. Yehi zichram baruch. 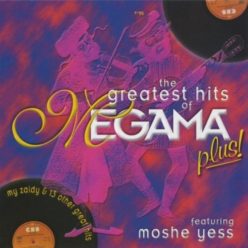