It was peaceful and still up on the summit. Our eyes closed, the incredible quiet of the Judean Desert and the power of the moment we were about to experience gave us a sense of transcendence. I sat around a two-millennia-old table fashioned of stones, in a little beis medrash our ancestors had built, with a special group of students. We began our ceremony with “Hinei Matov U’mah Na’im” —how good and pleasant, brothers and sisters sitting together.

The ceremony was an OU-sponsored “bar/bat mitzvah” program for students coming to Israel for the first time with Birthright who never had one, or who wanted a redo of their first one. Before me stood 18 young men and women from our group of 40 who had chosen to turn their ten-day life-changing Israel experience into one that would continue into a lifelong commitment to Judaism, to their heritage.

The ceremony, as was explained to them, wasn’t a “real” bar mitzvah — at least in the sense of being called up to the Torah, putting on tefillin, or wearing a tallis. Halachically they had already been “bar mitzvah-ed” merely by reaching the age of 13 or 12 and becoming responsible Jewish adults.

What the ceremony did offer these students — who had been deprived of a real Jewish connection for most of their lives, until these past ten days — was an opportunity to choose Jewish names for themselves, and to speak about joining the ranks of a 4,000-year-old dynasty. It was a ceremony that made me cry.

Sean went first. He spoke about his first bar mitzvah in temple. He was forced to memorize some blessings, read some ancient text that had no meaning to him, and hear a rabbi ramble on about things Sean knew were not true about him and his family. The next day, he became an atheist. Mazel tov…

Daphne was next. Her mother was Jewish, her dad wasn’t. They had a tree and a menorah. They did a Seder and Easter. It was all silly to her. Religion was about trying to make both sets of grandparents happy. They weren’t… either side. The most painful part of growing up, she said, was not having any real sense of identity. She knew there was a G-d but wasn’t really allowed to talk or learn about Him in any way that made sense. She was a soul without a people.

Daphne wasn’t the only one who expressed that sentiment. Most of the kids who spoke all started out with stories of their upbringing — some had a religious affiliation, some had a few, and many had none. Carl had never met a Jew in his life, besides his grandfather. Alexis spoke about how she was made fun of and how she eventually discarded the “Jewish label,” because whenever it came up, she felt she was treated differently. Michael was perhaps the most eloquent when he described this incredible hole, a nagging feeling that wouldn’t go away: “It was as if there were these answers I knew I had to be seeking… but I didn’t even know the questions to ask…”

The tears began to well in my eyes. I felt like I was in Yad Vashem. What the Nazis yemach shemam had failed to accomplish, we were doing to ourselves. A Final Solution was taking place: Millions of our brothers and sisters, our young, our beautiful, our most precious Jewish souls were being lost for eternity. I could hear the cries of the souls of the martyrs of Masada, who gave their lives rather than submit to Rome, calling in the wind on that mountain in the Judean Desert along with me.

But then something changed. All of those students stood up and chose names for themselves. Sean became Shmuel, Daphne became Dina; Carl, Chaim; Alexis, Leah; and Michael, Moshe. They had found themselves. Ten days in the Holy Land worked its magic, like those electric-charged defibrillator paddles on their Jewish hearts. They had been awakened. They were brought back to life.

A stone’s throw away from the ancient shul on Masada, where archaeologists uncovered a parchment with the nevuah of Yechezkel that speaks of the dried bones coming back to life; the Jewish spark was reignited. Some of the girls affirmed their commitment to lighting each week the Shabbos candlesticks that we gave them. (What’s a bar or bas mitzvah without presents?) Some of the boys talked about coming back to study here. All of them spoke about how they had never felt so in touch with their inner souls before and for the first time had a connection to what is most certainly the essence of their lives to come.

There were no more atheists left in the house. No more questions needed to be asked. Their Yiddishe neshamos were glowing, and all of us sitting there were just pulled into the moment as we rose and sang and danced. “Am Yisrael Chai… Od Avinu Chai.”

Last week we began Sefer Shemos, the second book of the Torah. Whereas the just-concluded Sefer Bereishis has been the story of the family of Israel, Shemos is the story of our nationhood. Our sojourn and exile in Egypt, our miraculous Exodus, the receiving of the Torah, the Eigel Hazahav and its consequences, and the building of the Mishkan. Yet the name of the sefer oddly enough is Shemos — “Names.” As with all the seforim of the Torah, its name is drawn from the first few words of the sefer. But beneath the surface lies a deeper reason for this.

Rav Gedalia Shorr, in his classic Ohr Gedalyahu, says the first time we find the concept of names in the Torah comes when Hashem brings all the animals before Adam, and he gives them names. What does it mean, he gives them names? “Hey, you look like a giraffe, and you’re a pig?” And why is the Torah sharing this with us? Rav Schorr is glad to answer.

He explains that in Lashon Hakodesh, words and names are not random letters or sounds that describe each creature or object. Rather, the world and everything in it were created with Hebrew letters, the combinations of which describe the essence of each thing Hashem created and what He meant it to accomplish. It’s man’s job, as the center of creation, to understand and uplift each of these things to achieve its fulfillment. Hashem therefore took Adam for a “spin around the factory” to learn and understand what each being was truly about — so he could reveal their names and essence to the world.

Bnei Yisrael, the nation that 2,000 years later ultimately inherited the job of Adam, got its start in the slave yards of Egypt, whose leader Pharaoh is introduced as the one “who did not know Yosef.” He forgot the Jewish hero who saved Egypt and in the process attributed all he had done to Hashem in Heaven. This new Pharaoh declared himself a deity, and the Jewish slaves, because their long exile and the burdens placed upon them, forgot their heritage.

Yet, our sages teach, they held on to one thing. They kept their Jewish identity cards. They maintained their Jewish names, they remembered and spoke Lashon Hakodesh, and they knew there was something different and special about their souls. They knew there was a secret that was meant to be revealed upon their eventual promised Exodus — when they became who they were created to be.

Shemos, the sefer hageulah, is the story of how our Jewish names were redeemed from the darkness of persecution, exile, and assimilation. It begins with “These are names of Bnei Yisrael who went down Egypt.” The end of the story will be in a few parshiyos from now: “…on that very day all of the armies of Hashem left Egypt.” Our names are what went down to Egypt. They were all we had left; they contained all our potential. Like seeds being planted that can only sprout in the darkness and in the depths. Yet from the seeds of those Jewish names, a nation and an army were born. Our name Yisrael will live forever. We will be as eternal as our Creator, as long as we can keep that connection.

I get hit in the head by a candy. My newly found brothers and sisters shout out “mazel tov” and pelt the bar and bas mitzvah boys and girls, and a circle forms as we begin to dance. Our feet are not touching the ground. “Am Yisrael Chai… Od Avinu Chai… Siman tov u’mazel tov…” I feel like I have been witness to a new redemption. I look at Alexis/Leah clutching her candlesticks and Michael/Moshe sporting his new yarmulke.

Abba, we have not forgotten You. Your children have remembered their names. Remember us. Bring all of us back. Help us live up to our names. Help us sanctify Yours. 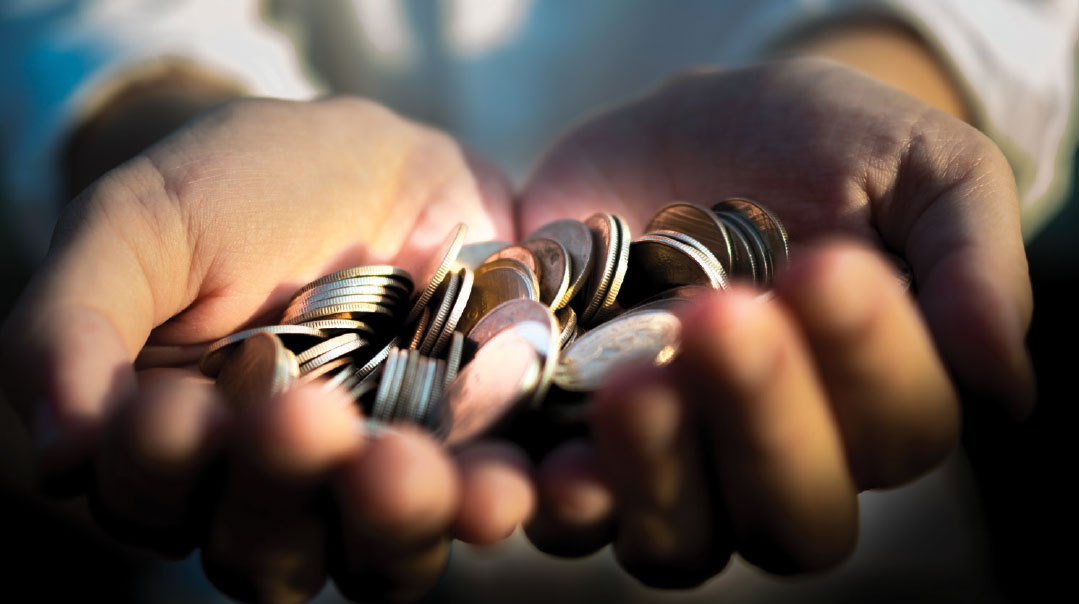