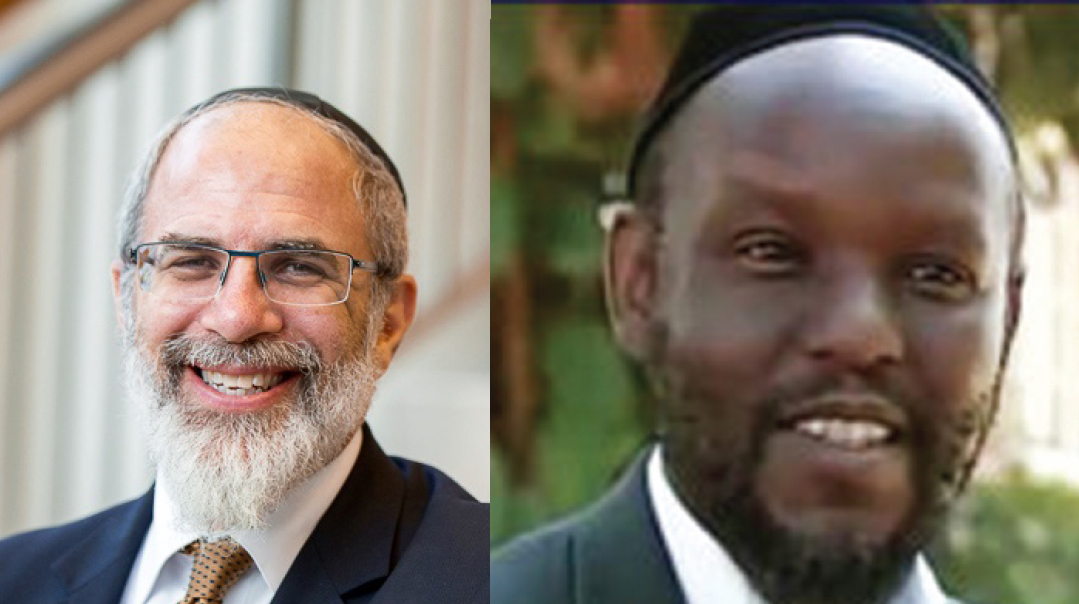 The limud: Gemara and Mishneh Torah

t was the unlikeliest of pairings: a Swazi prince and a Toronto PhD candidate. But as they squared off over their open gemaras at Yeshiva Ohr Somayach in Yerushalayim, each found depth, meaning, and connection.

The year was 1992. Henry Abramson remembers his younger self as an overly confident intellectual enjoying a year-long sabbatical in Israel. He used that opportunity to immerse himself in his first yeshivah experience as a baal teshuvah, but faced a significant obstacle finding a chavrusa whose learning style dovetailed with his own. He shared his frustrations with his maggid shiur, who turned to the rosh yeshivah, Rav Mendel Weinbach, for help.

“They unleashed a secret weapon on me — Nati Gamedze,” recalls Abramson, now an academic dean at Touro College and a highly respected lecturer who has authored six books and numerous scholarly articles.

Like Abramson, Gamedze was anything but typical. A relatively recent convert to Judaism who hailed from Swaziland’s royal family, Gamedze had graduated Oxford University with honors and was fluent in 14 languages. His journey to Judaism was equally unconventional — after getting closed out of a course in Russian at South Africa’s University of Witwatersrand, Gamedze noticed someone reading a book in an unfamiliar script that ran from right to left. Looking to add another language to his already impressive repertoire, he decided to register for a class in Hebrew and the rest, as they say, was history. Gamedze found himself inexplicably drawn to Judaism.

Now the two unusually cerebral academics were learning in Ohr Somayach, and Rav Weinbach paired them up as chavrusas.

Abramson was blown away by his new study partner, who ultimately earned his semichah after learning for several years at Brisk.

“We were certainly a match, although I was definitely, without question, the junior chavrusa,” says Abramson. “We would walk into the beis medrash and take our seats, with me facing the aron kodesh and Nati facing the bimah. He would lean way back, with his hat perched on his head and he would say to me, ‘So, Hillel, what language should we learn in today?’ ”

The two typically delved into their studies in either English, Hebrew, French, or German, with much of their discussion on the Gemara framed in the contemporary thoughts of 19th and 20th century thinkers. As the arguments got heated, the conversation usually reverted back to Abramson’s native tongue.

“He would be in low gear and I would be trying so hard,” shares Abramson. “He would ask delicate questions that would make me realize I was going the wrong way. I think I won maybe one argument out of every 20. Then again, Abaye and Rava had thousands of arguments and Abaye won only six, so it was a pretty good rate.”

In the course of their chavrusashaft, the unusual pair learned Bava Metzia and Kiddushin, with special emphasis on the Rambam’s commentary. On Fridays they would meet with Rav Weinbach to review the material they had covered, sharing discussions that Abramson recalls even today as particularly humbling.

“The Rambam’s Mishneh Torah is written in fairly straightforward Hebrew and any 14-year-old with reasonable skills can learn it,” recalls Abramson. “Nati and I would learn the Rambam together and possibly have some disputes, but we were sure we had gotten it and that it was no big deal. Then we’d walk in on Friday and Rav Weinbach would destroy us both, showing us how we had missed everything. It was like a massive freight train had passed us by and we just missed it week after week after week.”

Their shared time in the beis medrash often led to long walks through Maalot Dafna as they talked out their learning, a process that laid the groundwork for a solid friendship. While Abramson was already married with children, Gamedze was faced with the daunting challenge of finding a shidduch and was a frequent Shabbos guest at the Abramsons’ Shabbos table, regaling the family with his inimitable ability to throw his voice across the room or discussing his 32 surnames, each of which corresponded to an ancestral achievement but was kept secret in an effort to avoid being cursed by Swazi witchdoctors.

From his earliest exposure to Yiddishkeit, Gamedze found himself mesmerized by the story of Akeidas Yitzchak. Abramson, in turn, was fascinated by the notion that someone who was completely conversant with the latest philosophical trends and thoughts could be so deeply moved by the Torah.

“My time spent studying with him deepened my connection to Judaism profoundly,” notes Abramson. “He understood that the Torah was not a cold, intellectual body of knowledge, but a living, breathing tradition and he became a role model for me of someone who saw a kaleidoscope of color where I had only seen a small spectrum.”

Equally inspiring was appreciating Gamedze as a modern-day Onkelos, someone who gave up everything after coming to appreciate the Torah’s beauty and brilliance.

“It was a humbling experience, both intellectually and spiritually, to see someone with a phenomenal brain that was so much more powerful than mine, who saw the awesomeness of a connection to Judaism, something that inspired me in my own personal journey,” says Abramson.

More than a quarter of a century later, the memories of his chavrusashaft with the man now known to the world as Rabbi Natan Gamedze remain fresh in Abramson’s head, particularly as the Siyum HaShas draws near. Preparing for the upcoming daf yomi cycle, Abramson has been collaborating with the Orthodox Union on its All Daf program since April, creating short videos drawing on a single element of each day’s daf yomi. Ever a high achiever, Abramson hopes to record the final video in 2024, shaving three years off the daf yomi’s seven-and-a-half-year-long cycle.

“One of my rabbis told me once that I should be doing seven daf a day,” muses Abramson. “I’m pretty sure he was joking, though.”

Asked if he thought Rabbi Gamedze was doing daf yomi, Abramson pauses for a moment before answering.

“Nati doing daf yomi?” he says, the smile evident in his voice. “Now that would be interesting.”