One of the better-known aspects of Purim is the link drawn in Tikkunei Zohar to Yom HaKippurim, as hinted at in the name of the latter. But the connection extends as well to the day that precedes these two Yamim Tovim.

Yom Kippur, the ultimate fast day, is preceded by another day on which eating is so central that according to some, every bite one takes is its own fulfillment of a mitzvah (of a d’Oraisa level no less). And in the best v’nahapoch hu fashion, the lead-in to a Purim day filled with feasting and absolute joy is none other than a fast day.

But perhaps there’s another level to this mirroring correspondence between these two sets of days. According to Rabbeinu Yonah, one reason for the mitzvah to eat and eat some more on Erev Yom Kippur is a fulfillment of the mitzvah of seudas Yom Tov. Yom Kippur, after all, is the greatest Yom Tov of all, and that would call for a meal in its honor. But it’s a very different kind of Yom Tov, one that accomplishes its exalted purpose of teshuvah and kapparah specifically through fasting. And so, the seudas Yom HaKippurim takes place on the day prior.

Perhaps Rabbeinu Yonah’s explanation opens a window of understanding into the nature of Taanis Esther as well. In Ohr Gedalyahu, Rav Gedalyah Schorr speaks of the importance of fasting as a central component of the war against Amalek. As the Rambam writes, the reason Chazal instituted fast days as a response to communal calamities is to acknowledge that those troubles are not happenstance but were sent our way as a Divine wake-up call.

SINCE THE ANIMATING PHILOSOPHY of Amalek is a nihilistic negation of all purpose and design in the world, the Ohr Gedalyahu writes, there’s no more powerful way to counteract its malign influence than by engaging in fasting to reaffirm that all that happens, the “good,” the “bad” and the simply mundane is all lovingly guided from Above. And thus, from the first time Amalek reared its evil head at Refidim down to the time of the attempted annihilation plot of the Purim story, fasting plays an important role in the Jews’ spiritual war effort.

Purim is a day for defeating Amalek’s power over us in every way possible, using every weapon in our arsenal to do so. Given the prominence of fasting in that arsenal, perhaps it would have been fitting to abstain from eating then too. But feast we must, out of gratitude for salvation and as a demonstration of finding purpose in the mundane that is itself a rebuke of Amalek’s worldview.

While fasting is out, however, perhaps Purim also retains the essential character of a fast day, mirroring again the way in which Yom Kippur remains a great and joyous Yom Tov even without a morsel to eat.

Viewed this way, the reading of Megillas Esther takes on an entirely new aspect. In his commentary to a Gemara in Megillah (4a) Rashi writes that the reading of the Megillah at night and again the next morning recalls the fact that in the throes of their troubles the Jews of Shushan cried out to Hashem night and day. And as Rambam (Ta’aniyos 1:4) describes, crying out to Heaven is one of the primary actions to engage in on a fast day. Likewise, the Gemara (Berachos 6b) states that the crucial feature of a fast day is tzedakah — just as it is on Purim day in the form of matanos l’evyonim.

Purim —that manic mélange of mirth, mashkeh and mishloach manos — a fast day in disguise? Nothing would be more ironic on a day so steeped in irony. The truth is that anyone who’s ever done Purim right (and it’s all too easy to do wrong) knows that just below its surface there’s a profound seriousness to this day — it’s a time of awesome kedushah and spiritual potency like no other day.

Now, at the end of a 12-month period of great travail, is perhaps exactly the time for a communal fast day replete with crying out to our Creator for mercy, taking a spiritual accounting of lessons learned, and affirming that all we have experienced was Providential and purposeful. Perhaps this year, we can have the most powerful Purim of all. Let’s use the day well. ” —

Originally featured in Mishpacha, Issue 850. Eytan Kobre may be contacted directly at kobre@mishpacha.com 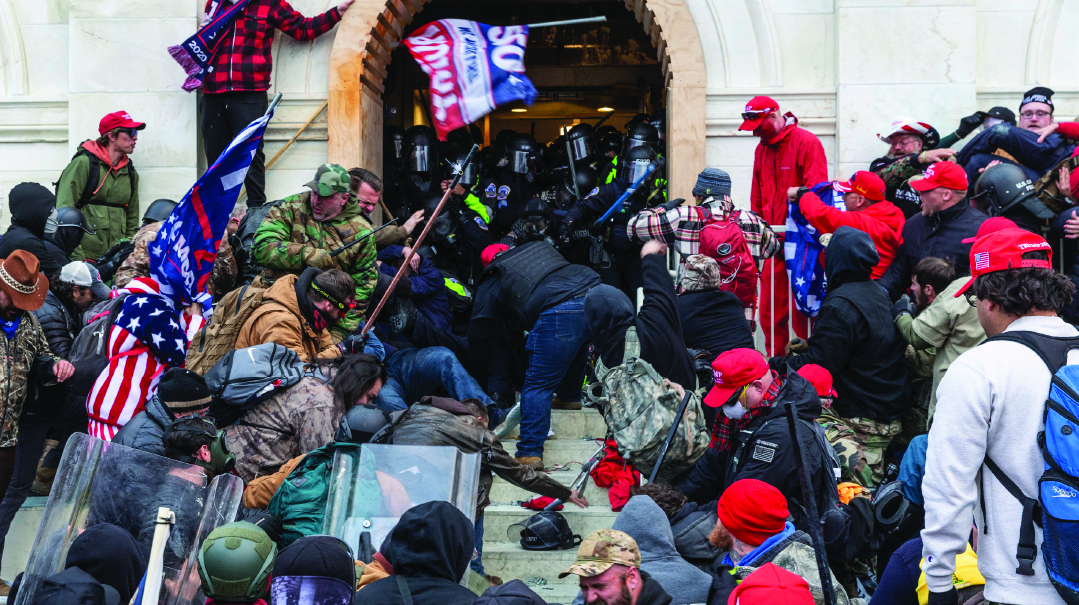