Yehuda sat down slowly, his jaw tense. “This girl doesn’t have her own room to sleep in? Why is she coming here at two in the morning?”

Tammy sat at the kitchen table staring at her empty mug, trying to muster up the energy to go make herself a coffee. She heard Shimmy starting to whimper from his crib.

The front door opened. Yehuda was home from shul.

She made an effort to open her burning eyes. “Yeah. Just tired.”

“Oh,” he said uncertainly. “Uh, Shimmy’s awake. Should I bring him to you?”

He was already heading to Shimmy’s room when awareness suddenly returned to her hazy brain. “No! Yehuda! Don’t go in!”

Yehuda paused, staring at her. “Why not?”

“Because Shani’s sleeping in there.” Tammy grimaced apologetically. “She called me after I got back last night and asked if she could sleep here. It was two in the morning, so I couldn’t tell you about it then.”

Yehuda sat down slowly, his jaw tense. “This girl doesn’t have her own room to sleep in? Why is she coming here at two in the morning?”

Tammy sighed and rubbed her forehead. She could feel the beginnings of a headache. “She was… I don’t want to go into details, but she was in a bad place emotionally. She needed to be someplace safe.”

Yehuda’s eyes narrowed. “Are you her mother? Or her therapist?”

Tammy blinked, taken aback by the edge in his voice. “Well, no, but who’s she supposed to turn to? She doesn’t have a therapist, and her mother is precisely the problem.”

“Maybe she should think about getting a therapist, then,” he said, his face still rigid as he stood up.

“Come on, a therapist wouldn’t let her come over in the middle of the night. That’s my job, to be there for these girls like a surrogate mother. That’s what I signed up for.”

“Well, it’s not what I signed up for,” Yehuda muttered.

Tammy felt tears pricking her eyes. This was not a conversation she could handle on two hours’ sleep. “Why are you making such a big deal about this? I didn’t ask you to lose a night’s sleep because of her, or play host or anything. This was my decision, and it didn’t impact you at all. So why should you care?”

Yehuda shook his head as he abruptly stood up. “You think it doesn’t impact me? Maybe that’s exactly the problem here.” Heading out of the kitchen, he added, “Oh, and you might want to take your crying baby out of his crib. He needs you just as much as that girl in his room.”

Stung, Tammy watched him leave. Why was he being so harsh? As if she’d ever neglected Shimmy for her seminary duties! Why did he resent it so much when she went a little out of her way to do a chesed?

She stood up. Shimmy’s cries had subsided, but it was too much to hope that he’d gone back to sleep. After knocking softly, she pushed his bedroom door open.

Shani was sitting on her bed with Shimmy on her lap. “Hi, Mrs. Hurwitz. Hope it’s okay that I took Shimmy out of his crib.”

“Thank you. He feels so comfortable with you!”

See, Yehuda? You think doing chesed means neglecting my son, but really, he ends up with extra attention!

She gave her head a slight shake. She couldn’t focus on her hurt right now; she’d deal with her husband and his issues later.

“How are you feeling?” she asked Shani as she took Shimmy from her.

Shani shrugged. “Okay. For sure better than last night.” She flashed Tammy a grateful look. “Thank you so much for staying up with me to talk. You can’t imagine how much it helped me.”

“And you’re so right, I need to learn to step away from my mom and her messed up life. It’s not my job to fix her problems.” She laughed. “You should, like, be a therapist!”

Tammy gave a short laugh. How do you like that, Yehuda?

Shani glanced at her watch. “Seven thirty? Oh, my gosh, we went to sleep only two hours ago! No wonder I’m tired!”

Shani yawned. “I think what I’m gonna do is stay here a little longer until the madrichot are finished with their wake-up rounds, and then sneak back into bed. There’s no way I can sit through classes today.”

She tried to keep the resentment out of her voice. Sure, it was easy for Shani to decide that she’d make up her sleep by skipping classes. Had she given a thought about how Tammy was supposed to get through her day?

ZeeZee groaned and buried her head in her pillow as someone opened the door to her room.

“Don’t worry, I’m not the madrichah.”

At the sound of Shani’s voice, ZeeZee lifted her head. “Why’d you sleep at Mrs. Hurwitz last night?”

Shani kicked off her shoes and climbed onto her bed. “I had something I needed to talk to her about.”

ZeeZee snorted. “Fine, don’t tell me. But you’re gonna have to come up with a better story than that for Mrs. Bruckstein.”

“I was, like, half-asleep, ’cuz I got back so late last night from the hospital. But basically, when the madrichah came in to wake us up and didn’t see you, she went to get Mrs. Bruckstein. Mrs. B. came, all worried, and asked if we knew where you were. Rusi said you were here when she’d gone to bed, and I said you weren’t here by the time I got back. Mrs. B. was freaking out.”

“Yeah, Rusi finally found it, and OMG, you should’ve seen Mrs. B.’s face when she read it. She was furious.”

“But… but I had permission. Mrs. Hurwitz said I could come.” Shani’s voice sounded small and scared.

“Yeah, well, I don’t know who she was angrier at — you or Mommy H.” ZeeZee gave a huge yawn. “Don’t worry about it. Worst that can happen, you get kicked out, Mrs. Hurwitz gets fired, and you can spend the rest of your year just hanging out with her. Isn’t that, like, your dream?”

Tammy had expected some sort of fallout from her decision to allow Shani to sleep over, but she hadn’t expected it to come from Rabbi Freund himself. Or for his voice to sound so grave as he asked her to come in for a meeting.

A meeting. In person. This didn’t sound good at all, and her heart pounded as she made her way to the school, after bringing Shimmy to a drop-in babysitter. Was her seminary career about to be terminated?

She tried to calm herself down as she walked through the building. Come on, had she actually done something wrong? She took a few steadying breaths and then knocked on Rabbi Freund’s office door.

“Mrs. Hurwitz. Thanks for coming in.” He gave her a smile, which reassured her somewhat, and gestured for her to sit down. “I assume you know what I want to discuss.”

Rabbi Freund scratched his beard. “When parents send their daughters to Shvilei, they trust us to, first and foremost, keep their daughters safe. The rules we have about curfews and not leaving the dorms are to ensure that safety.” He peered at her. “I know you’re well aware of our rules, since it’s your job to enforce them. Was there some sort of emergency last night that necessitated bending those rules?”

Tammy hesitated. Should she say yes? But that would start an avalanche of inquiries and psychological assessments and phone calls to Shani’s parents… and that was the last thing the girl needed.

“Um… not exactly an emergency. But she sounded like she badly needed to talk, and I decided let her come.”

“Mm-hmm.” Rabbi Freund shuffled some papers on his desk, as Tammy waited nervously.

“Mrs. Hurwitz, I know that the girls like you and I appreciate how much you go out of your way to be there for them. So I’m going to chalk this error of judgment up to inexperience and trust that it won’t happen again. Okay?”

Tammy nodded and stammered out a thank you. But inside, she was fuming. Error of judgment? Since when was it an error of judgment to help out a girl in pain? 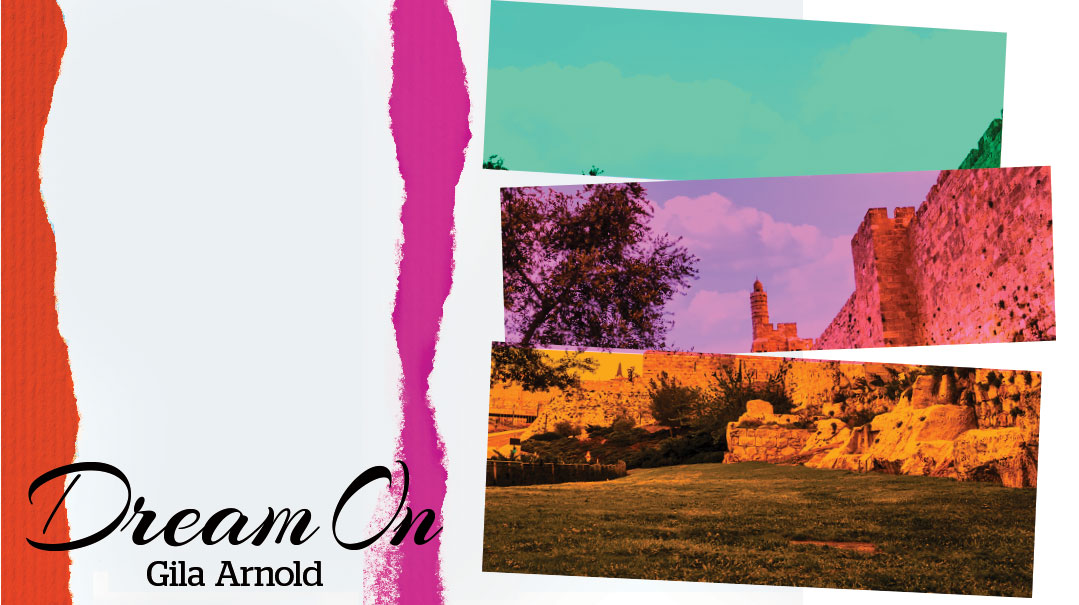 ZeeZee reached out to touch the stone in front of her. “But I am normal, right? I’m normal me!”

“ZeeZee, we already discussed this. The hospital isn’t a place for a seminary girl. Rabbi Freund will never allow it”

There was a slight pause, in which Tammy’s overtired imagination leaped to everything from a heart attack to being kidnapped by terrorists

“A broken leg is not exactly life threatening. It sounds like they have everything under control. Why do they need to bother you?”

“Here are the children,” said Mrs. Levy, switching back to English and sweeping her arm around the room proudly. She pointed at ZeeZee. “You try, yes?”

It was number 17 on her list — and easier than she’d expected. The woman had been practically handing out invitations to every stranger she met