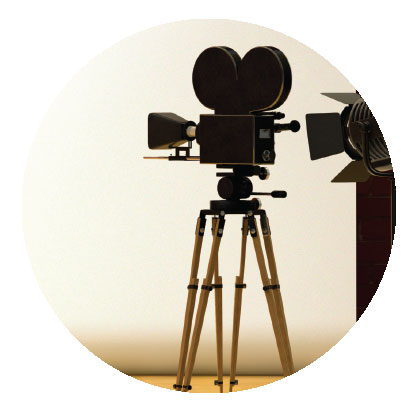 ina searched for a seat in the conference hall, feeling self-conscious. She didn’t know anyone here. As her eyes swiveled from left to right, fruitlessly searching for a familiar face, she waited for someone to grow suspicious and question what she was doing at an educators’ conference.

Finally spotting an empty chair, she sat down and, amid the chattering women around her, began to peruse the conference program. There it was, in the first speaking slot after all the welcomes and introductions: Stepping Out of the Box: Using Creativity Training as a Growth Tool. A documentary presentation, by Susan Klein, PsyD, and Gabriella Acker.

“Why’d they put Klein first?” Rina thought resentfully. As if it were her documentary. Gabriella had clearly done the lion’s share of the work for this presentation. Just because the lady has some letters after her name, that entitles her to top billing?

“Something funny in there?” asked the woman sitting next to her, wearing a bobbed blonde sheitel and thick, pink, plastic-framed glasses. The woman nodded at the program in Rina’s hands. “Usually these lectures are boring as anything.”

“No, I, uh, was laughing about something else. But,” she added, feeling another surge of loyalty, “you’re going to enjoy the documentary presentation. It’s not boring at all.”

The woman peered down at her own schedule. “Dr. Klein. I’ve heard of her. Didn’t realize she makes documentaries, though.”

“She’s not the one who made it. That’s Gabriella Acker. She’s a talented filmmaker and a… a friend of mine. That’s why I’m here.”

Friend might be a strong word, Rina reflected. Not that the lady next to her cared. But it was true — she had decided to come to this conference as soon as Gabriella had e-mailed her the brochure just because, after all they’d been through, it had seemed the right thing to do. And that was even before—

Rina straightened her shoulders. “Maybe you saw the movie Girls United, that came out over Chol Hamoed?”

“What, one of those frummie, all-women films?” she smirked. “Nah, I never go to those. The caliber is not the highest, if you know what I mean.”

Rina reddened and narrowed her eyes. How dare this woman sit there and pass judgment on something she’d never even seen! “No, actually, I don’t know what you mean. And I find it interesting that you say the caliber isn’t the highest when you’ve just admitted that you’ve never actually watched one.”

The woman’s eyes widened and she began to backtrack. “Hey, sorry, I didn’t mean to offend your friend. I’m sure she really is talented. It’s just, you know, common wisdom that I was repeating.”

“Well, maybe people should think twice before they mindlessly repeat ‘common wisdom’ and ruin people’s parnassah,” Rina said coldly. She was tempted to stand up and stalk off; if she were onstage, that would be the perfect dramatic crescendo to this conversation. But she wasn’t onstage, and, furious as she was by this snooty woman, she knew that switching seats would be overkill. Instead, she turned back to her program.

An hour later, she couldn’t help but smirk when she saw the blonde woman’s rapt expression as she watched the documentary. When the film was over — to thunderous applause — the woman turned to Rina and said, “Whoops, I see I really put my foot in my mouth. That was your film that I insulted, huh?”

“Sure was.” But she took pity on her. “Don’t worry about it. I would hate to have all the stupid things I’ve said come back to haunt me.”

The woman looked relieved. “Well, I’ll tell you this much. After seeing the film’s backstory, now I’m tempted to go watch it. When’s the next showing?”

Rina smiled graciously, as a memory suddenly arose: Gabriella trying to sell Rina on the documentary idea by insisting that it would be good publicity for their film. Hah, Gabriella! You were actually right!

But she didn’t have time to respond, because at that moment, the lights came back on, and Gabriella walked up to the microphone. Rina leaned forward in her seat, and joined the rest of the audience in applauding once more.

Gabriella was beaming. “Thank you. Thank you very much.”

“She really is talented,” Rina’s neighbor remarked. “That documentary was uber-impressive.”

People who used words like uber and weren’t referring to the car service always got on Rina’s nerves. Maybe that’s why she felt a twinge of annoyance right now. It certainly wasn’t out of jealousy of Gabriella… right? After all this time, after all this… everything, for her to still be jealous of Gabriella would be, well, uber-pathetic.

Frowning slightly, Rina turned her attention back on the stage. “Before I hand the mic over to Dr. Klein to describe the psycho-educational basis of our new initiative,” Gabriella was saying, “I’d like to invite a special guest speaker who will share her own perspective, from deep in the trenches: Huvy Grossberg.”

Rina clapped louder than anyone else, though, watching Huvy make her way up onstage, she felt her heart beat wildly. Huvy’s hands were trembling, Rina noticed, and she silently prayed that she’d remember to rest her hands on the speaker’s podium, the way they’d practiced.

She did, though her voice shook as she began to read from her prepared speech: “Hi, I’m Huvy. I’m in the 11th grade in Bais Bracha High School. I know you just heard me speak on screen about my experience acting in the film, but I’d like to expand on that now and tell you a bit about what school is like from a student’s perspective.”

Huvy’s face was red, and Rina found herself mentally shouting out instructions, from 11 rows back. Slow down! Lift your eyes off the paper! But there was nothing she could do, from out here in the audience. It was up to Huvy now. This was her show.

And then, as Huvy continued speaking, she began to visibly relax. Slowly, she lifted her eyes to the audience — and even smiled. She reached a humorous line in her speech, and (Pause, Huvy! Don’t forget to pause!) — yes! She nailed it! Rina unclenched her fingers as the laughter came, causing Huvy to grin and relax even more.

Her speech wasn’t long, but it was a heartfelt glimpse into the inner world of a teenager, where there was tremendous pressure to do what everyone else was doing, and excel at those life areas that were deemed important by society. To fit exactly into the box.

When she finished, it wasn’t just Rina clapping loudly — but surely no one else’s heart was swelling with as much pride.

“What a poised and intelligent young woman,” the blonde woman remarked. “I don’t know too many girls her age who could speak like that in front of this kind of audience. That’s your daughter?”

“Sure is,” Rina answered with a wide grin.

Gabriella only had time for a quick hug for Huvy and a whispered, “Absolutely fabulous!” before she had to go back onstage herself. By the time she got back to Huvy to give her the more extensive compliment that she deserved, she found that Rina had already reached her. Both of them were glowing.

Neither noticed her approaching, and Gabriella hesitated. Maybe she shouldn’t interrupt this mother-daughter moment? But then Rina looked up.

“Gabriella!” she called, extending an arm to her. “Wow, what a presentation! You were incredible!”

“Thanks.” Gabriella stepped closer. “Must’ve been strange for you, being on the other side of the stage, huh?”

Rina’s forehead puckered slightly. “What? Oh, you mean in the audience?” Her face flushed. “I don’t always need to be the star, you know.”

Gabriella winced at Rina’s defensiveness. She’d really just intended the comment to be a cutesy one-liner — not an accusation. She certainly hoped she’d gotten past that immature instinct, after all this time. Right?

Gabriella sighed. She supposed her relationship with Rina would always be complicated. There were some relationships that just were, no matter how much you tried to change it. But that didn’t mean they couldn’t have one.

She reached out and patted Rina’s shoulder. “Rina Levitan,” she drawled, “in my book, you will always be a star.” 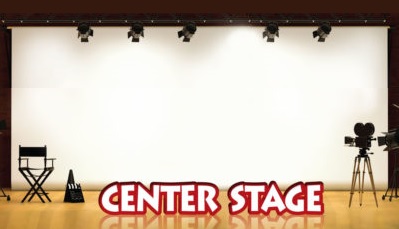 I think my exact reaction was, “Um… but I know absolutely nothing about making a movie!” 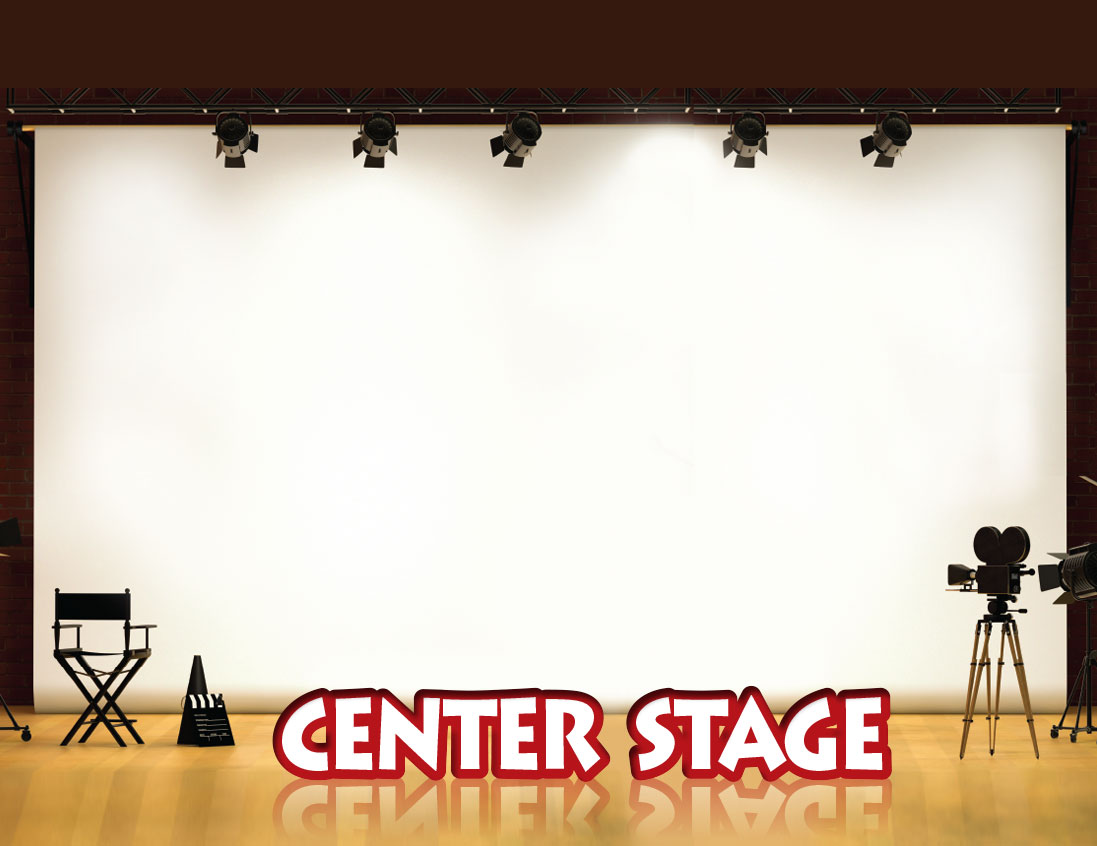 “You have a tremendously bright future ahead of you. Don’t tell me you’re going to throw it away because of one girl”