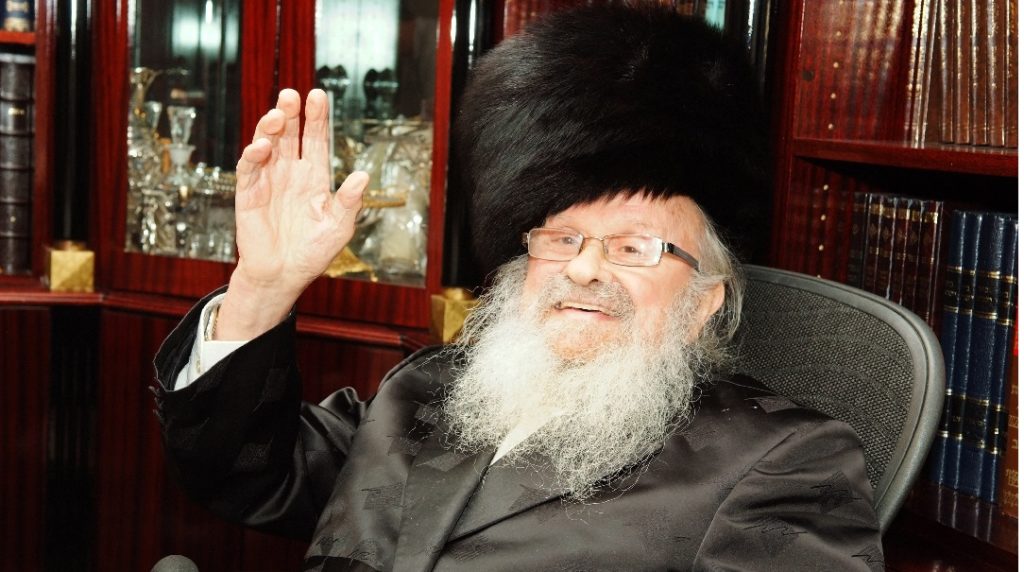 This story goes back to when I was a kid, way before my career in the music business. But it came back to me now because the second day of Nissan is the yahrtzeit of one of the foremost chazzanim and trailblazers in the Jewish music world, Rabbi Dovid Werdyger a”h.

I was 11 years old at the time, and it was my third year as a camper at Camp Kol-Ree-Nah. For those who might not remember, Kol-Ree-Nah was a sleepaway camp in Livingston Manor, NY. The head counselor was the much-loved Rabbi Shlomie Klein, who was also the devoted menahel of Yeshivas Rabbeinu Chaim Berlin for over 30 years. During the first week of camp, Rabbi Klein made an announcement that the camp would be putting out a record featuring the world-renowned and beloved chazzan, Dovid Werdyger. (Those who listened to him know that Reb Dovid Werdyger’s vocals were not those of a typical chazzan, but rather a softer, more flowing sound that helped lay a foundation for the nascent world of chassidish singers.) Shlomie Klein then went on to tell us that since the record would be labeled as “Camp Kol-Ree-Nah sings,” legally, the entire camp must sing at least one song on the album.

Finally, the day arrived, and a truck pulled into camp with recording equipment and started to set up in the dining room. The entire camp headed to the dining room where they saw microphones, a piano, and other equipment set up, along with a little booth , where Dovid Werdyger and his musical director, Jackie (Yaakov) Goldstien a”h stood. The two of them had worked together from the beginning of Reb Dovid’s career in the United States.

Rabbi Yaakov Greenwald, the director of the camp, got up and impressed upon us how important it was that none of us made any noise — no shuffling, whispering, or kicking chairs — because it would be heard on the record. And then the music began, and the whole camp started to sing the song that we had practiced for so long. When we got to the high part of the song, it was time for Dovid Werdyger’s solo. But just when he began to sing, Jackie Goldstien shouted “Cut!” and stopped him. He gave Reb Dovid an annoyed look and they began again. This went on a few times, and each time, Jackie kept getting more and more annoyed with each take. Finally Jackie said to him, “I’ve known you for so many years! What’s with your voice today?”

We campers were feeling extremely uncomfortable as the two musical partners were seemingly at each others’ throats. Soon Reb Dovid started to take offense. He said, “I don’t know what you’re talking about! It sounds good to me!” Jackie replied, “Let me listen again to what we recorded.” He put on the headphones, listened for a few seconds and announced, “This is unacceptable.” At this point, the whole camp was starting to feel frightened — until Jackie got up in front of the entire camp and shouted, “This is unacceptable! In fact, this is… color war!” Looking back, it’s hard to believe we were all fooled, but trust me when I say that nobody had a clue that this was actually a breakout.

The album was released a few months after camp and was a huge success. Dovid Werdyger’s son, MBD, actually sang some solos on the album as a child vocalist. What I learned later on, after getting to know MBD and his father, was that Reb Dovid actually composed the song “Kol Reenah” while being given a ride by my own father a”h. Dovid Werdyger told me that it was an extremely bumpy road, my father was driving really fast, and every time they hit a bump, Reb Dovid sang “Bump, bump” — and then the rest of the tune cruised along. 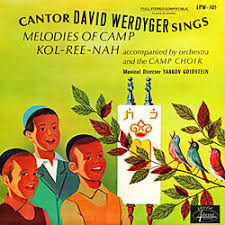