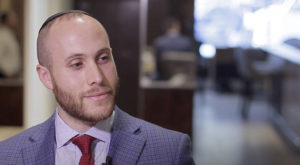 I have a habit of asking people what their favorite pesukim in Tanach are. I find that I can learn a lot about people from their responses, or I at least enjoy gaining new insights into words previously overlooked.

I’m not sure what this says about me, but lately I’ve been thinking about these seemingly random verses in parshas Bereishis. Smack in middle of describing the spectacular process of Creation and the mysterious rivers that fl ow from Gan Eden, the Torah says, “Shem ha’echad Pishon; hu hasovev es kol eretz hachavilah, asher sham hazahav. V’zahav ha’aretz hahu tov; sham havdolach v’even hashoham. The name of one is Pishon; that is the one that encompasses all the land of Chavilah, where there is gold. And the gold of that land is good; there is the crystal and the onyx stone” (Bereishis 1:11–12).

Interesting, no? It’s almost like Heaven interrupts its narrative, leans over, and says, “Psst, chevreh, I’ve got a hot tip for you.” Even the popular weekly business networking event known as the “Erev Shabbos mikveh” doesn’t yield such a guaranteed profit table investment — Hashem Himself is divulging the X that marks the spot! Kidding aside, maybe this textual diversion is indeed a profound symbol of Hashem’s love for His people and His concern for our financial welfare. Economics is a topic that appears often in both Torah shebichsav and Torah shebe’al peh. Chazal even tell us that Avraham Avinu and Yaakov Avinu were involved in the establishment of the system of coinage.

Previously, people had relied on a barter system or transacted with gold and silver ingots based on weight. How this is reconciled with the secular historical and archeological consensus that the fi rst coins originated in fifth- or sixth-century Lydia (an ancient country bordering on the Aegean Sea), is an issue the Chasam Sofer and others deftly resolve. What was wrong with the bartering system, and how did the institution of coinage shift the economic ecosystem? Say, for example, an ancient farmer grew a crop of corn. After eating his fill of corn, he would require other foodstuff s and dry goods, like a fur coat for the winter. He’d then have to find a furrier who just so happened to need large amounts of corn and was willing to make a trade. On any given day, in order to survive, the farmer had to have an accurate mental record of many commodities and their relative value to his corn. As you can imagine, this process is very limiting.

As larger cities developed and the economies grew more complex, this system became problematic. Money, however, has no intrinsic value. Its worth is based sheerly on the collective imagination and trust of people — it’s a social construct that gets its value from our very belief that others will agree with our designation of value. Why do we believe in the dollar bill? Because we assume that our neighbors believe in it, and they assume that we do, too. This allows our corn farmer to sell his corn for coins or bills and then confidently go the marketplace knowing that whichever stall he shops at will accept his payment, simply because they can do the very same thing. In the words of historian and author Yuval Noah Harari, money is based on two universal systems: the system of convertibility and the system of trust. With money as a medium, corn can be converted into real estate, and people of differing backgrounds and opinions can cooperate on any project. While indeed trust and unity are idealistic notions (were those ideas the motivation of the Avos?), the flip side is that money enables people to amass wealth. There was only so much corn our farmer friend could barter before his needs were met, after which it would lose its value to him (or rot). Money, however, can be accumulated endlessly and reserved for future purchases, or even just for a sense of power. We have all witnessed the results of money being an insatiable lust and goal unto itself. As mentioned, at its core, money is based on the concept of trust.

Who knows — maybe that’s why we have the famous phrase “In G-d we trust” on our currency? With the advent of cryptocurrency, the idea of trust-based currency is now manifesting at a more extreme level. Standard currency not only relies on the concept of universal trust, but also ultimately on a powerful entity such as the U.S. government to back it up. Aside from our trust in each other, any government-issued currency is essentially an object that conveys a message: “We, the powerful entity, confirm that this object has value and will punish anyone who dares to challenge that.”

Cryptocurrencies, like Bitcoin for example, remove the safety net from the picture, relying solely on peer-to-peer trust to give them value. Judging by the wild fluctuation of cryptocurrencies’ value and the rancorous debate about them, the jury is still out on whether humanity is ready for this disruptive phenomenon. On a deeper level, the seforim hakedoshim tell us that in these fi nal days before Mashiach, the primary emphasis must be on the development of real and integrated emunah and bitachon at every level to prepare the world for a time of “U’malah ha’aretz deiah es Hashem, and the world will be filled with the knowledge of Hashem.” Nothing is a coincidence.

Could it be that even at an economic level this message of profound trust and faith is being communicated to humanity as one small part of the general progression toward a more believing world?

I, for one, wouldn’t be surprised if that were true… But don’t take that as investment advice! 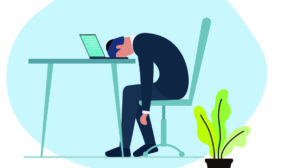 | Works for Me |
Will a Good Employee Be a Good Owner?
Shaina Keren 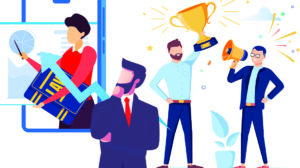 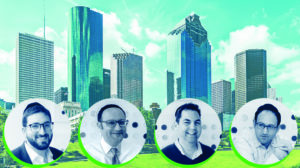 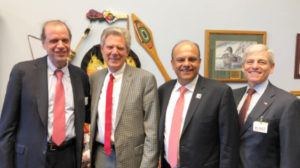 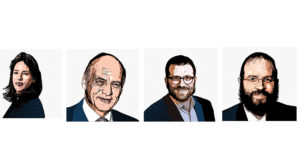 | Business Casual |
Would You Bring Your Children On Board?
Musia Slavin 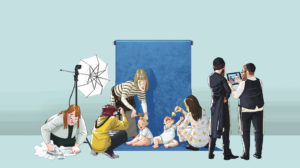 Yonoson Rosenblum
The Harder They Fall

The Republicans lost both races for one, and only one, reason: President Trump

Yonoson Rosenblum
Demography Is the Real Cause for Anxiety

True, world population is at its height today. But what is dramatically different is the ratio of old to young

Yonoson Rosenblum
Profiles in Courage — Not

There is nothing harder to regain, once lost, than trust

Everywhere woke ideology casts its shadow, things only get worse