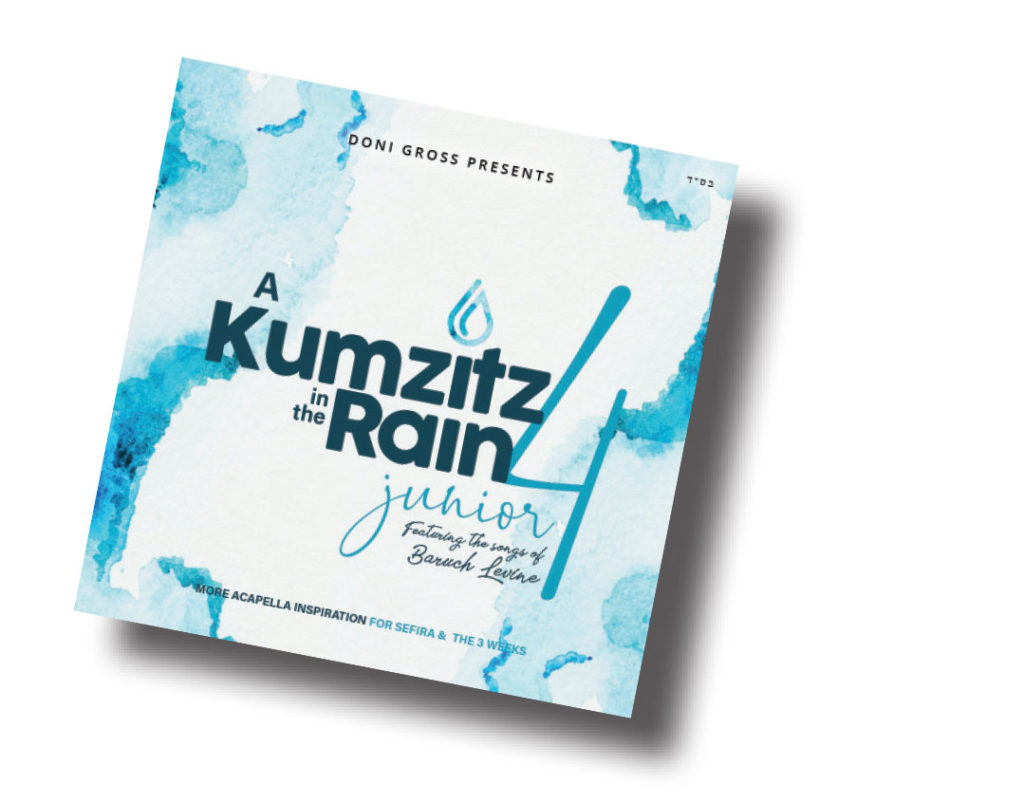 I t’s that time of year again, and A Kumzitz in the Rain 4, the latest volume of acapella listening, doesn’t disappoint. Following the previous volume, A Kumsitz in the Rain 3, which featured Abie Rotenberg’s songs exclusively, producer

Doni Gross has compiled a heartwarming, mood-enhancing collection of Baruch Levine classics with a harmonious merging of both child and adult vocals — and no additional background music to break the spell.

Doni Gross says his connection with Baruch Levine goes back many years. “We first met when I was in ninth grade in Camp Rayim Mesivta. One day, in the middle of leagues, four golf carts full of head staffers from Camp Rayim drove onto the basketball court looking for Doni Gross — me. They were having a kumzitz in the forest that night, and needed a pianist. I was so excited to play with them. Baruch was one of those staff members. He played guitar, another guy brought out his drums, and I accompanied them on the keyboard. Later, I worked under Baruch as a camp counselor when he was a division head. Some of the songs on this album go back to that time, like ‘Shifchi’ and ‘Vezakeini,’ which he taught at camp long before they were released. Baruch listened to my early songs and gave me the benefit of his encouragement and professional critique.”

Besides Levine classics like “Vehu Keili” and “Vezakeini,” Doni has included songs which are rarely accredited to their composer. “Take ‘Birkas Habayis,’ for example. People tend to think it’s Abie’s song, because it first appeared on Aish,” Doni says. “Then there’s ‘Chasof,’ widely associated with Yaakov Shwekey, and ‘Shabbos Hayom (Chazeik Kiryasi),’ which Shloime Gertner sang on Say Asay. I wanted listeners to realize how many beautiful songs Baruch has actually given us.” 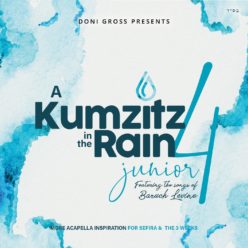 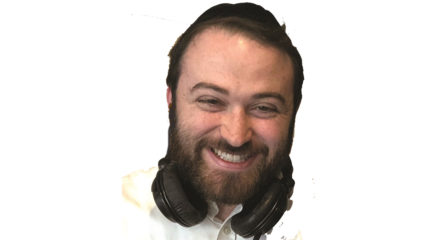 Doni Gross’ Last Minute Decision
How do entertainers know they made the right choice?