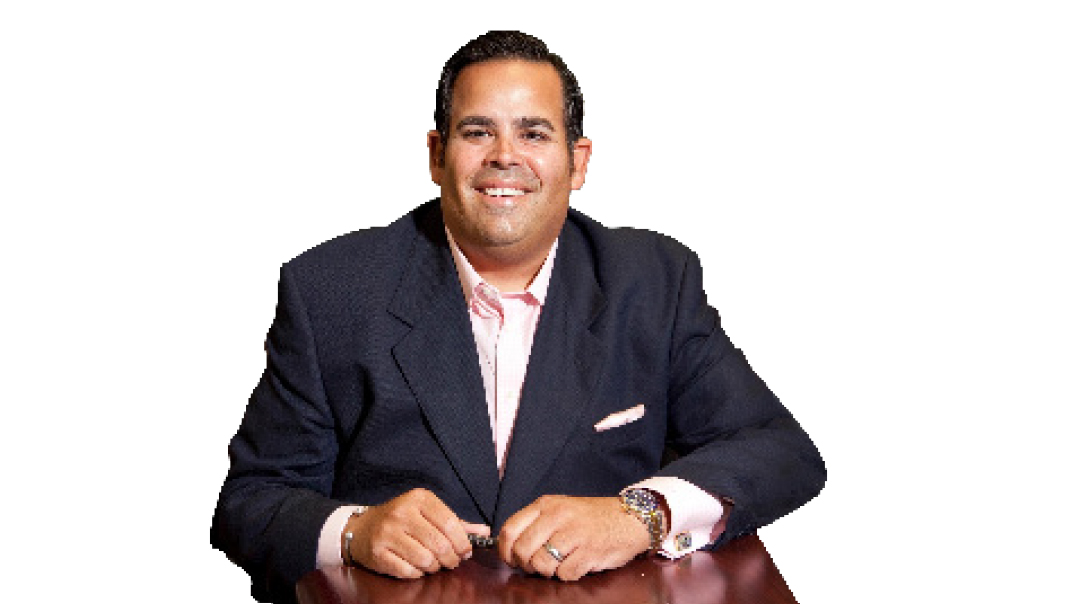 I’m part of the team that plans and coordinates the yeshivah’s annual dinner. YBY’s dinner is unlike any other you’ve seen — it’s the largest Jewish dinner in America, with just under 3,000 people attending — we’d like to host more than that, but the ballroom doesn’t have space. We like to say it’s the largest frum event most people never heard of.

Rabbanim, community leaders, and philanthropists fill the dais, along with Michigan’s governor, US senators and house representatives, Supreme Court justices, the United States attorney, Michigan attorney general, president of the NAACP, and other VIPs. The event is timed to the minute, with a professionally produced program that highlights Torah, scholarship, and ethics. Our mindset is that we’re opening a window into the frum community, and we want to put our best foot forward — we aim to impress.

You want to know who makes up our usual crowd? The real question is, who doesn’t?! In 2016, we added a third tier to the dais to accommodate the dozens of co-chairs, politicians, judges, and law enforcement officials who attend. The rest of the room is filled with our parent body, the hanhalah and staff, and hundreds of Partners Detroit learning program participants. That’s really special, the hour prior to the dinner, Partners participants fill an entire ballroom to learn before the event begins. Seeing talmud Torah taking place during the event brings it all home for me and really elevates the kedushah of the evening.

Getting VIPs excited to support a chareidi school

The dinner is in the fall, right before elections, and candidates from every race show up — they want to be seen here. A few years ago, when every major office in Michigan was up for reelection, every single candidate was at the dinner. There were too many to mention by name so when Gary Torgow, our yeshivah president, spoke, he said, “I don’t consider myself a prophet, but I can tell you with full confidence that the next Michigan governor, attorney general, and secretary of state are in this room with us tonight.”

We make a point of bringing honorees and sponsors to visit our yeshivah prior to the dinner. By walking through the hallways and seeing classrooms in action, they can feel the warmth and see the love the teachers have for each student, the glow of Torah and middos that permeates the entire school. I love being able to showcase what the yeshivah — the yeshivah I attended as a child — does for so many who have no other exposure to the frum community. They leave deeply touched by the achdus they’ve witnessed, and that they were included in it.

President George W. Bush, in 2014. The security protocols required in advance and the Secret Service presence at that dinner were more intense than anyone before or since. We had assigned escorts whisking dais members through the kitchens and directly onto the dais, bypassing the crowds. Running the dinner was more difficult than usual — it seemed like every branch of law enforcement was there, blocking and securing doors, entrances, stairwells, and more. The upside was that the Secret Service required everyone to be seated promptly at 5:45, so we had no problem starting on time. President Bush was gracious and charming — when a boy in the choir dedicated a song to him, he jumped up to shake the boy’s hand. I’m pretty sure that kid hasn’t washed his hand since.

Most moving moment for me from dinners past

There are so many! But one of the most touching was last year, when a donor decided to name the girls’ school campus as a birthday gift to his wife, a tireless community advocate. His gift was announced during the dinner — there were few dry eyes in the room.

The dinner will be entirely online. Honestly, the pandemic created an opportunity for us: we aren’t limited by how many people can fit into the Detroit Marriott ballroom. Instead of your typical dinner — dignitaries filling the dais, one keynote speaker, and a couple thousand people jammed into a ballroom, elbowing each other for hors d’oeuvres — we can spread our message to tens of thousands around the world.

Every year attendees comment on the fact that our dinner seems to cross all political, social, religious, and communal “lines” with leaders from all communities and parties coming together in support of the children. Our message this year is one of achdus, emunah, and faith in a better tomorrow — we’ve asked our speakers, presenters, and entertainers to focus on unity in support of education, showing our children how we pull together in challenging times.

This year’s dinner will be similar to past years in that the end goal is the same: to celebrate Jewish education and showcase the beauty of our community to the public. We always say our dinner isn’t merely a fundraiser — it’s a celebration. That’s still the case.

So many tickets have been donated that we aren’t charging admission! It’s usually $10,000 for a table, but this year, it’s free for all.

In a regular year, our dinner brings together people from all walks of life. There’s a buffet, an open bar, and we schedule one-and-a-half hours for business networking. Frum businessmen fly in on private jets from Lakewood and Brooklyn to attend. That element obviously won’t be part of the dinner this year… but we’ve still got a lot planned!

What I’ll miss most this year

The mini hot dogs at the smorg — and the open bar. But in all seriousness, people understand that we need to do what’s right during this time. We’re proud to turn this obstacle into an opportunity for so many, even though we’ll miss hosting the dinner the usual way.

The most challenging element of arranging this year’s dinner

We usually have the sixth and seventh grade boys choir perform several songs along with a full orchestra, dozens of instruments. Instead, Shulem Lemmer will be singing the national anthem, as well as a special musical performance of his original song, “Face the Unknown” — it’s the perfect song for the occasion. We also have to coordinate the schedules of some very busy people. Getting the mayor of Detroit, our governor, our senators, and congresspeople, the head of the NAACP, Jamie Dimon of JP Morgan, Chase, and more to speak during this challenging time isn’t simple.

My favorite part of the dinner in a normal year

When the guests leave, and our exhausted team gets to celebrate another tremendous kiddush Hashem while eating leftover sushi and trading war stories. Until someone says, “How will you top this next year?” Face-palm!

2006: Then-Senator John McCain spoke very meaningfully and strongly in support of Israel: “Just as it has thrived in the face of armies and terrorists, just as it has prospered in the most dangerous neighborhood on earth, so will it succeed in the face of today’s threats. There will always, always be an Israel.”

2011: Vice President Joe Biden said of our dais, “We could call a quorum of the United States Congress here today, all my former colleagues in the house and Senate are here.”

2014: First Lady Laura Bush describing photos her father brought back from the liberation of the Mittelbau-Dora concentration camp after World War II. People were genuinely touched by her words — we got the most comments and feedback about her speech from all our VIP speakers, ever.

2016: When we honored then-CEO of Ford Mark Fields, Bill Ford was chairman, and he wanted to know who the producer of this amazing event was. We told him that only One could have orchestrated this, and that’s the Almighty. He wholeheartedly agreed.

2016: General Colin Powell, he’s an American hero, and he had great stories about growing in the Bronx, liberally sprinkled with the Yiddish he picked up from his Jewish neighbors. He spoke about how he worked in a Jewish furniture store, and the customers would speak in Yiddish in front of him. He’d tell the proprietor, who was eager to make the sale, “Don’t take any more money off, they’re gonna buy it!” No one expected him to speak Yiddish.

2018: The dinner was held the day after the Tree of Life shooting in Pittsburgh. Emotions were high that weekend, but former UK prime minister Tony Blair spoke beautifully about unity and support in the face of hatred. He also loved that the choir sang “G-d Save the Queen” in his honor.

2019: UN Ambassador Nikki Haley spoke about her support for Israel and the similarities between her background and Israel. “I am the daughter of immigrants from India,” she said. “We’re very family oriented. We place a high priority on education. We’re very philanthropic. We’re also very strong-willed, we’re stubborn. We sometimes only hear what we want to hear. Does any of that sound familiar to you in this room?” That got a laugh. 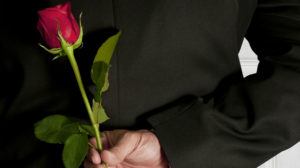 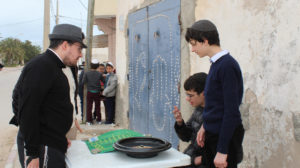 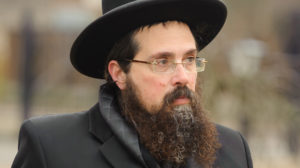 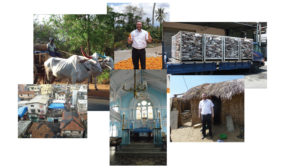 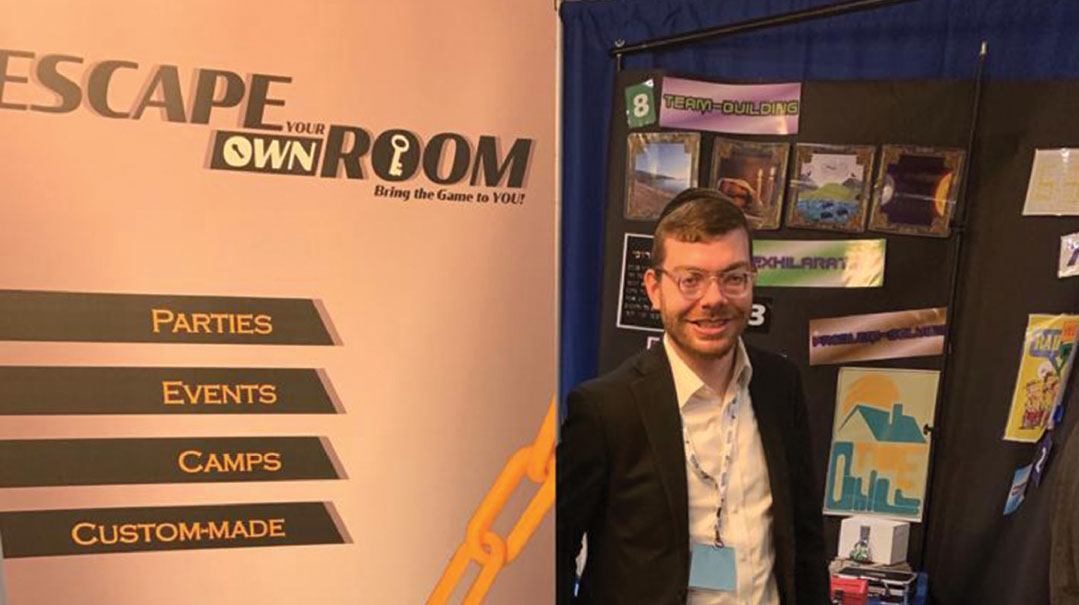 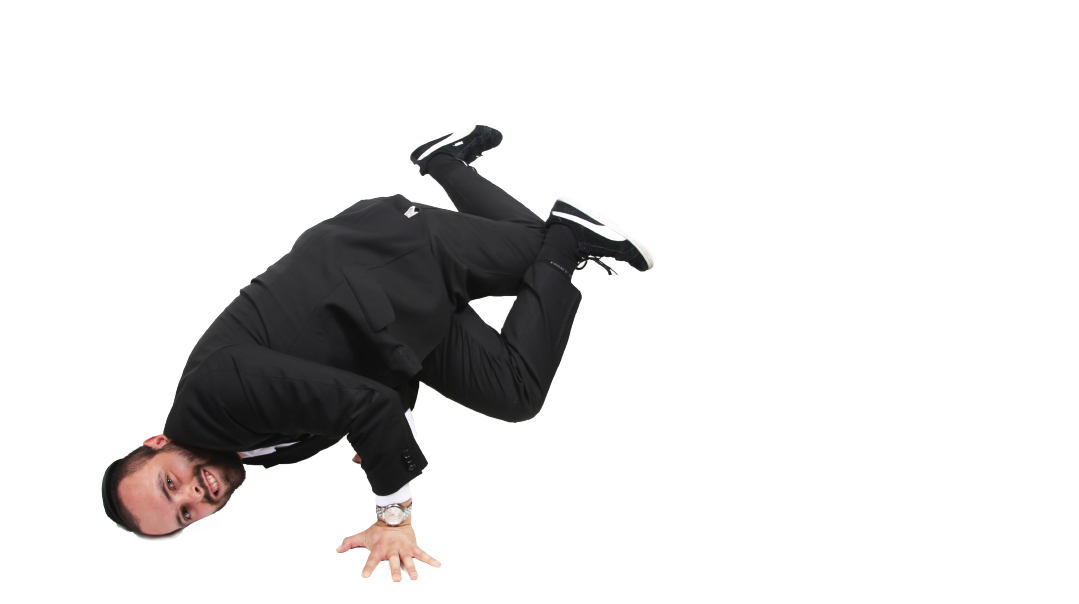