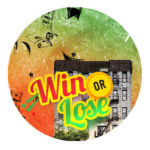 Yitzy’s mouth dropped open and his eyes bulged. He hadn’t thought his family knew that he won the Mishnayos Competition. Even if they did, he certainly wasn’t expecting them to make him a party. In fact, he didn’t remember there ever being a surprise party for anyone in his house.

He looked around at his family. His parents were both glowing. Their smiles seemed to go from ear to ear. His younger brother Zevy was looking up at him with a mixture of happiness and awe. The twins were holding hands, dancing around in a tiny circle, singing “Siman Tov U’mazel Tov”. Even his little sister Dassie was smiling at him with a look of pride in her eyes.

His father motioned for him to sit down. Yitzy noticed a large cake on the table right in front of his seat. The top of the cake had been decorated to look like a sefer Mishnayos. He wondered how his mother had the time to make such a cake.

Mrs. Levinson quieted the twins and then began to speak.

“Yitzy,” she began, “every single member of the Levinson family is very proud of you.”

“Yes,” added his father, “we saw how hard you worked, and how much you grew over these past few weeks, and we were all amazed at what you accomplished.”

Yitzy looked up at his parents. What a day this had been. So many big things had happened to him. First the Mishnayos competition, then the math test, and now this surprise party. He was so overwhelmed; he could hardly talk. Finally, he was able to squeak out two words: “Thank you.”

That seemed to be enough, because his twin brothers began to shout, “Hurray, Yitzy! Hurray, Yitzy!” and everybody laughed.

“Let’s all sit down and have some Mishnayos cake,” suggested Rabbi Levinson.

The family happily climbed into their seats, and Mrs. Levinson began slicing up the cake.

“You get the Mishnayos piece,” she said, as she plopped a piece of cake onto Yitzy’s plate. He looked down and saw the word Mishnayos written in yellow lettering across his piece.

He smiled up at his mother. “Thank you, Mommy,” he said, as he stuck his fork into the letter mem.

Yitzy tried his best to be happy. The cake was delicious, and the party was wonderful. Unfortunately, somewhere in the back of his brain, a spark of worry was still burning. He would not know his math test grade until the next day. That grade would mean everything.

His parents saw his worry. As the family was enjoying their last bites of cake, Rabbi Levinson quieted everyone.

“On such an important occasion,” he began, “I think it is important to say a few words of thanks to Hashem for helping Yitzy win the competition today.”

Rabbi Levinson smiled. “We would also like to thank Yitzy, for giving us all a good excuse to eat this delicious cake.”