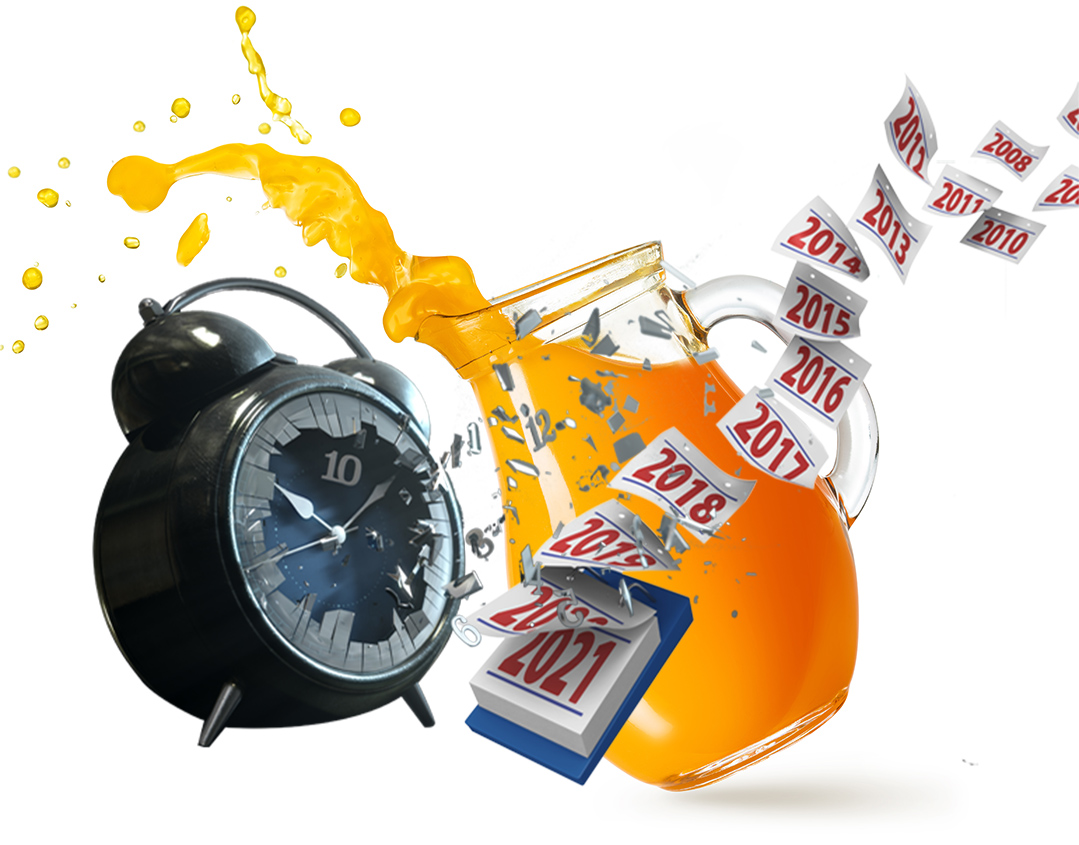 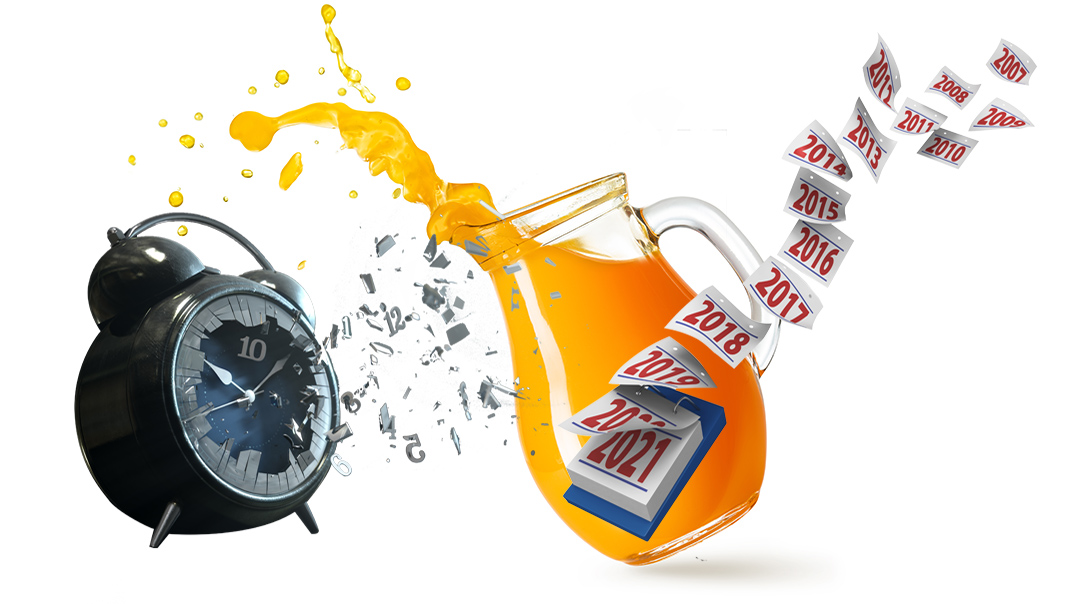 "It’s mamash perfect weather for a Chol Hamoed bike ride,” said 12-year-old Dovid as he dashed into the house with his two brothers at his heels. The trio started grabbing their helmets.

“Dovid, don’t you have a Gemara final right after Yom Tov?”

“Mommy, c’mon! How can I waste this beautiful weather studying? I wanna have some fun. Ta’s not even home to learn with me now. It’s much smarter for us to ride our bikes now. Then, when Tatty comes home from learning with Zeidy, I’ll learn with him.”

“Dovid, anyone smart enough to think of all your excuses not to study, should have no problem learning without his father’s help!” Mommy laughed. “I’ve got a batch of chocolate cupcakes coming out of the oven. Why don’t you boys bring your Gemaras to the succah and I’ll bring some cupcakes so you can make a leisheiv?”

“Mommy, if you think you can bribe me to study with chocolate cupcakes… you’re right!”

Dovid dumped his helmet on the dining room table and picked up his Gemara. The three boys headed to the back door, but when they slid it open, they stopped short. The succah was gone!

They rubbed their eyes. But it still wasn’t there.

Mommy joined them at the back door with a tray of cupcakes.

The boys looked at Mommy, then back out the door. The succah was in the backyard exactly where it had been. Dovid looked at Meir. Meir looked at Binyomin. Binyomin looked back at Dovid. Mommy went into the succah and set down the tray. The boys stood in shock at the top of the stairs.

“Well, what are you boys waiting for? Get to work. I’ll bring out a cold pitcher of lemonade to go with the cupcakes. There’s a pencil over there — you’re allowed to write down what you’re learning if you’ll forget it. Just remember to write with a shinui,” Mommy said, pointing at the pencil on the ledge by the back door.

But as soon as the door closed behind her, the succah was gone again.

“Do you guys see what I’m seeing?” asked Dovid.

“Only if you’re not seeing it,” said Binyomin.

“I’m too young to be losing my mind,” said Meir, just above a whisper.

The three boys crept gingerly out to the grass, where just moments ago the succah had stood. They waved their hands in the air where the walls had been — but it was gone!

“Mommy!” they all screamed, running toward the house.

“What on earth!?” Mommy said as she appeared at the back door holding a pitcher of lemonade.

“The succah is gone!”

Mommy just laughed. Without even turning around to look, Dovid knew the succah was standing in its place again.

“I don’t know what has gotten into you boys today. I bring you cupcakes and lemonade, and instead of saying thank you, you play silly pranks. Dovid,” Mommy said, gently lifting his chin to look him in the eye, “I know you want to ride your bike, but once you sit down to learn, you’ll remember how much you enjoy it. I would never tell you to do something that was too hard for you — but you’re a very smart boy. If you just put in the effort to study, you’ll get 100 on that test. I don’t want you to let your kochos go to waste.”

Dovid just nodded. He’d never had anything that he couldn’t explain to Mommy — but then again, he’d never seen a succah disappear into thin air before. Maybe they were just dehydrated — they should go drink some of Mommy’s lemonade and they would stop seeing things — or rather, start seeing things.

Dovid reached out to take the pencil Mommy had pointed to on the ledge, but it must’ve rolled off. Instead of searching the grass, he went inside to get another pencil and came out again to see Binyomin and Meir staring at the empty lawn again.

Before they could say a word, the succah reappeared as if it had been there all along.

Being the oldest, Dovid took charge. “Listen guys, I don’t think we’re all losing our minds together. Let’s just go sit in the succah and see where it’s going.”

Meir was eight, and even though he was used to doing whatever his older brothers told him to, he couldn’t help asking, “Are you sure it’s safe?”

“I’m not sure of anything,” said Dovid, “but what could be safer than a succah on Succos?”

The three boys sat inside the succah and waited.

“Maybe we should start learning while we’re waiting for something to happen?” suggested Binyomin.

Dovid rolled his eyes. The Gemara remained closed in front of him.

They heard the back door swing shut, and then heard a man’s voice they didn’t recognize.

“Oh, my, my, my. I’ve got to get this partilax horizimeter fixed!”

The three boys slowly emerged from the succah and stared at a man they didn’t know. He was standing on their back steps and holding a strange device in his hands — made of a material they’d never seen before, not glass or metal, but some combination of the two.

“Who are you and what are you doing in our house?” Dovid asked, trying to sound authoritative.

“Hi, boys. My name is Dovid Bruckstein. It’s gonna be hard for me to explain this to you….”

“Wow! You must be my zeidy’s zeidy, Hagaon Rav Dovid Bruckstein whom I’m named for!” the man said in awe. “My grandparents inherited this house from you before I was born.”

“What on earth is going on?” Meir stammered.

“Wait, don’t go too far from the succah!” the man warned. “This wormhole is unstable. I don’t want you to be stuck here.”

“Okay — I’ll explain as best as I can. Imagine space like this napkin here,” he said, connecting the strange device to his belt and reaching into the succah to take a napkin off the table.

“If I wanted to get from one place in space to another, I could go in a straight line,” he continued, holding the napkin up in one hand and drawing his finger across it with the other hand. “But if there was some way to fold space or time,” he said, bringing the two edges of the napkin together “you could instantly go from one place to the other. Time and space are interconnected — together they’re called space-time. If you can connect two different points in space or time, it’s just like walking through a doorway. The doorway that connects two points in space-time is called a wormhole.”

The man tossed the napkin back onto the table, and lifted the strange device off his belt. “This is my partilax horizimeter. I’ve been using it to experiment creating wormholes. I’m really sorry, boys. I stuck with my own yard since I didn’t want to risk involving other people. I only wanted to go back in time one year. I didn’t notice that the one-key was stuck. Instead of pressing it once, I ended up pressing it three times so instead of connecting my present with one year ago, I ended up connecting to 111 years in the past. In other words: your time.”

The boy’s were speechless. “So, are we… are we in the future?” Dovid finally asked.

“I’m afraid so, boys. You’re in the year 2131. I first experimented with that little pencil over there — the smaller the wormhole, the easier it is.” The man pointed to an ordinary pencil sitting on the ledge.

“Hey! That’s the pencil Mommy told me to use!” Dovid said in surprise. “You mean to tell me the reason I couldn’t find it a moment later was because it moved to the future?”

“I only sent it back for a few minutes and you managed to see it just then? It’s actually my pencil.

“Imagine that? In 111 years, a pencil is still a pencil. Some things just don’t need to be improved. I didn’t even realize my mistake until I saw your succah. We haven’t made a succah in the backyard in, well, almost a hundred years!”

“So where do you make your succah?” asked Meir as the boys started to look around to discover where this man made his succah.

“The future is dangerous?” asked Binyomin in concern.

“Well, only for you,” the man explained. “I can’t take the risk of you seeing something that hasn’t been invented in your time. Or letting you discover the future.”

“What’s dangerous about that?” asked Dovid.

“We have to be very careful not to alter history. It could be very perilous to know the future. We can’t take that risk!”

“Oh, come on! Can’t you tell us anything that’s gonna happen?” Dovid pleaded.

“You already know too much! And this wormhole is still unstable. I’ve got to get you back before it closes! I really should’ve been more careful,” the man said, nervously glancing at the strange machine in his hand. “We only have a few more minutes till it closes. Get inside the succah and I’ll send you back.”

The boys obediently entered the succah.

“Wait, please, Mr., uh, Mr. Bruckstein! Can’t we have a souvenir or something?”

“I told you — it’s just too dangerous. Actually, I have an idea!” Mr. Bruckstein glanced at the device and ran toward the house. “We have just enough time.” The boys heard the back door open.

They each held their breath, waiting for him to reappear. A minute later they heard him running down the back steps.

He handed them an old photo. Even though it was faded, they could clearly see that it was a picture of the three of them, grouped in front of the dining room table and smiling at the camera.

“I figure this should be safe. It looks like it was taken right around the age you boys are now. No secret peeks into the future, except for how old a photograph will look in a hundred years!”

He bowed slightly and waved goodbye. “It’s been a real zechus to meet you.”

The boys sat in the succah. They looked around, but nothing seemed to change.

A moment later their parents appeared in the succah entrance.

All the boys started talking at once. The words “succah,” “future,” “great-great-grandson,” and “wormhole” were all jumbled together. Their parents could barely understand them and were nearly doubled over with laughter.

“You boys have such active imaginations!” Mommy said, shaking her head.

“Dovid, Mommy said you’d like to learn with me. Are you ready?”

Just then, Mommy noticed the picture lying on the table and picked it up.

“What on earth did you boys do to this picture? It looks like it’s at least a hundred years old!”

Again the three brothers started talking at once, trying to convince their parents that the picture really was a hundred years old.

“Look,” Dovid said pointing. In the picture, a test paper lay on the table in front of them.

Dovid held the picture up to his face for a closer look.

Clearly visible, the grade was circled in red ink. 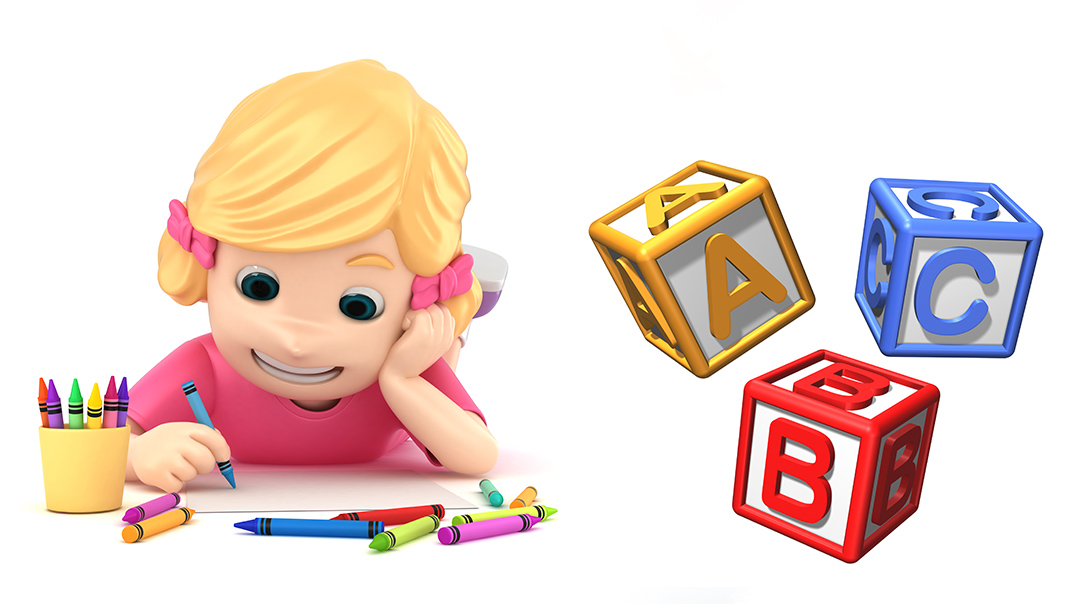 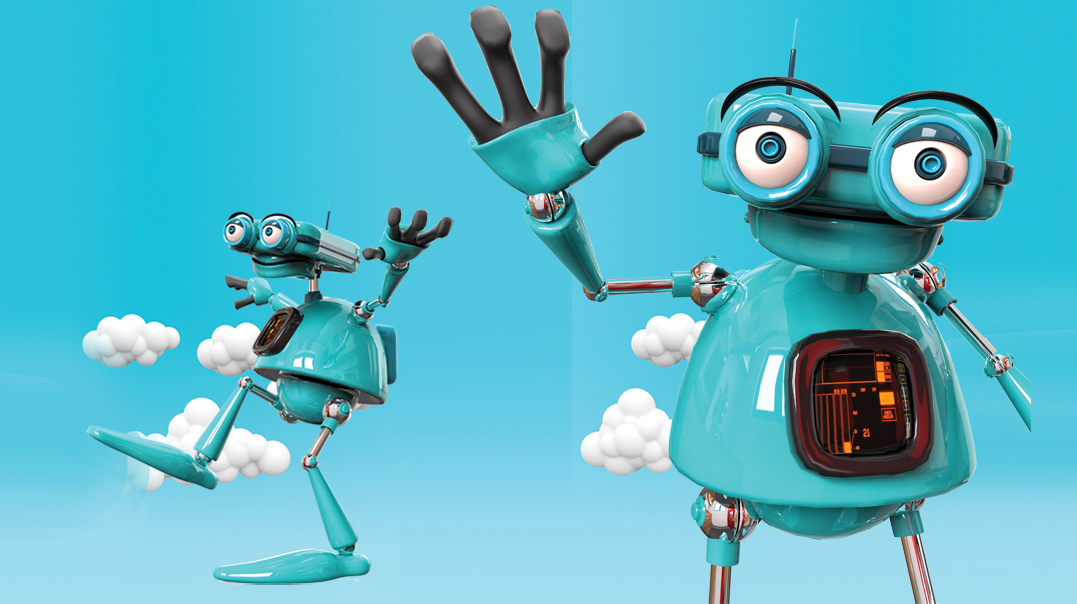 Well, it didn’t take long to figure out that no babysitter would take me 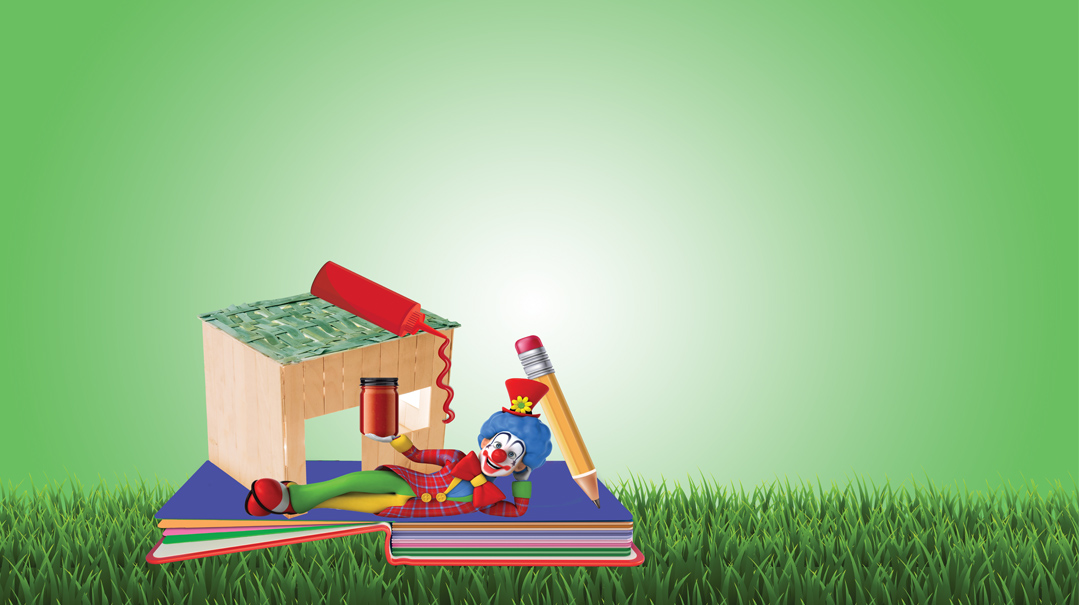 Boruch grew nauseous as he watched. “What is it?” he demanded in horror