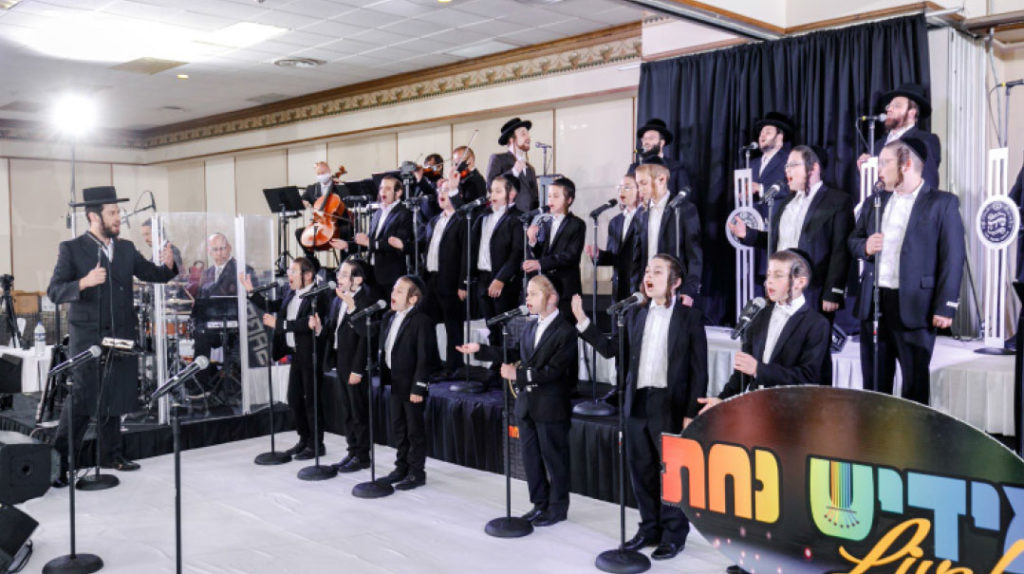 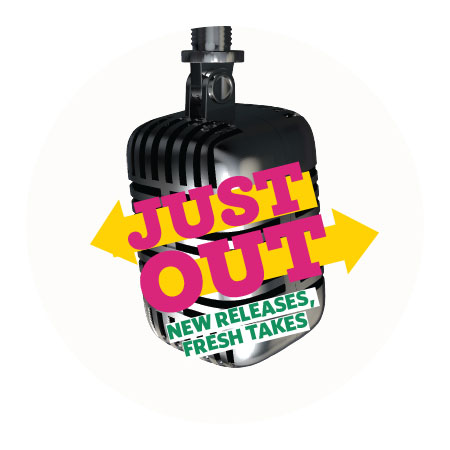 he recent release of Skulen Mit Yiddish Nachas, Skulener songs by Moshe Kraus’s Yiddish Nachas choir, was an album that Kraus had actually had in mind for a long time. “I grew up with these songs, some of which are really hidden gems,” he says. “The velt knows a handful of Skulener songs, but there are so many dozens more. Reb Dovid Werdyger released two recordings of Skulen niggunim back when, but who still knows them? Yossi Green, the choir’s arranger, also grew up with these special niggunim, so together we felt that we could add a new layer to them.”

Over a year ago, when Kraus approached the Skulener machon, which is responsible for recording the Rebbes’ songs, the representatives loved the idea of taking some of the older songs and giving them fresh color with children’s vocals. They started to hammer out the details, but then the Rebbe was niftar, and it didn’t seem to be the right time for new musical projects.

Some months later, Moshe Kraus asked if he could get the project off the ground in honor of the Rebbe’s first yahrzeit. “Finally, it began to happen,” he says. “I wanted to select songs that the Skuleners know, but the outside world doesn’t.”

The songs are old, but the sound is contemporary. Kraus says he avoided listening to older recordings until after he had finished working on the new version. “I wanted to redo the musical setting from scratch. So I didn’t touch those old albums of Reb Dovid Werdyger, which I haven’t heard for at least 25 years, until after we completed our work. I started listening and the music took me back to that time — I could sing along from the intro until the end.”

A few of the selections are reminders of the precarious history of the Rebbe, Rav Yisrael Avraham, and his father, Rav Eliezer Zusia Portugal, the previous Rebbe (who passed away in 1982). They both suffered oppression and imprisonment in Romania due to their rescue work after the Holocaust. There’s “Venafshi Shifchi Kamayim Libaich,” which Rav Eliezer Zusia composed while in prison. The Romanian Communist officials refused to give him his tefillin, so the Rebbe went on a hunger strike. On the third day of the strike, after he composed this heartrending plea, they brought him the tefillin, and he ate.

“Of course,” says Kraus, “I told this backstory both to the music arranger and to the children, and it definitely has an impact on what you hear.”

“Nichsefah” was composed on another dark day during the Rebbe’s tribulations, when he spent Rosh Hashanah in prison and didn’t have a shofar. “You can hear the pain in the song,” says Kraus. “When the Rebbe was released, he had been severely beaten and was in bad shape, but he immediately found his daughter, who was responsible for committing new niggunim to memory, to make sure she would remember this ode to his longing.”

After the album was released, Kraus went to the Skulener rebbes of today to give them the CD and get their brachah. Late one night, he got a phone call from the Rebbe in Boro Park, saying that he had listened to the CD over and over.

“He told me, ‘It’s herlich [beautiful] and you can even say it’s heilig,’” Kraus recounts. “He also took the Yiddish Nachas children along to the tziyun of both rebbes to say some Tehillim. On the kvittel, he wrote the names of everyone who was involved in the album’s production, since the Rebbe wrote in his tzava’ah that he would be grateful to anyone who helped to publicize his niggunim.

“I also left two CDs there, at the kevarim,” Krausz continues. “Sounds a little meshigeh, no? But listen to what happened. A Skulener chassid came over to me a couple days later, and told me that he had heard about the album, and really wanted to buy it, but had no money. He was davening at the Rebbe’s kever, and he had mentioned his financial problems. As soon as he opened his eyes after pouring out his heart, the CD was right there in front of him. ‘The Rebbe sent me a CD,’ he told me happily. So, as my father said when I told him, ‘I thought it sounded a little funny, to leave a music album at a kever, but I see you did good. There was a chassid who was supposed to have a CD, and the Rebbe z”ya was the intermediary for you to give it to him.’” 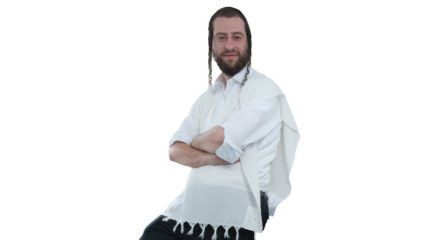 Riki Goldstein
A Playlist for Shabbos
What does Moshy Kraus sing at the Shabbos table?