Our whole world was waiting to see our child, and this is what they’d be greeted with?

For years, I’d been the woman without any children. 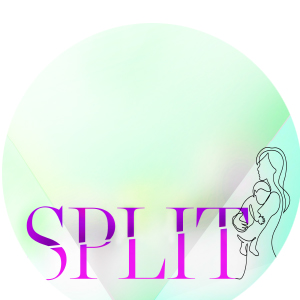 Now I was the woman who had a child with a cleft lip.

But for at least one day, I didn’t want to feel different.

“Please mention the cleft,” I asked the relatives who were making calls about the bris.

I walked into the simchah hall, beaming as I pushed my baby bundled in the stroller, and smiled at the people who’d gathered. Perhaps because of my family’s preparation, our guests smiled back and didn’t mention the news.

I’m sure there were people speaking in hushed tones in the corners of the hall, but none of the whispers reached far enough to spoil my own simchah. I wasn’t the woman with no children or the mom of a child with a cleft. Today, I was just the baalas simchah welcoming guests to her celebration.

And, just like that, after ten long years of infertility, our Akiva was entered into the bris of Avraham Avinu. For one day, we were a normal, happy family, whose son had just become the newest link in the long chain that is the Jewish nation. I held on to the glow for as long as possible, knowing that the high would eventually ebb.

I may have escaped the bris without any biting comments, but I knew they were coming. Akiva’s condition was one that I couldn’t hide. One peek into the stroller and the cleft stares back at you, red gums glaring from the split in the skin above his lip.

A cleft happens when the baby’s facial structure doesn’t finish molding together in the womb. Sometimes it’s just the lip that’s split, other times, the split extends all the way up through the palate, which is more invasive and harder to treat.

Kids with clefts usually have a harder time with things that require oral function — namely eating and speaking. Although it’s impossible to correct the cleft entirely, surgeries can help close the lip and fix the palate. Because cleft affects the muscles of the palate, which are linked to the ears, children with cleft palates often have hearing conditions. Baruch Hashem, in Akiva’s case, the split stopped at his lip. In the world of clefts, we were lucky.

Still, our whole world was waiting to see our child, and this is what they’d be greeted with? I thought he was adorable, but when people commented on how cute he was and pretended they didn’t notice the cleft, I knew they were ignoring it. It was impossible not to notice that our son looked funny.

Sometimes the hurtful comments were disguised as comfort or praise: A stranger peeking into the stroller and noticing Akiva’s lip. A sputter. Then, “Wow, you must be so special if Hashem chose you for this challenge. He knows you can handle it.” No, thank you.

Or, when I’d mention that Akiva would be having surgery, a helpful mom would say, “My child had surgery too…” and then go on to explain how theirs was much worse. Perhaps they were trying to calm me, but all it did was close the space where I could feel pain.

I felt like I could never speak up about the hard parts because — no matter what — someone else had it worse. But just because you had it bad, it doesn’t mean someone else isn’t having it bad too. There’s no monopoly on suffering. You could be upset about your kid’s heart condition and I can be upset about the ugly cleft on my kid’s face.

I use strong words to describe Akiva’s looks presurgery — strange, funny, odd — because they’re the truth. My husband and I accepted that. We started breaking the ice for others by describing him first. Akiva’s cleft doesn’t have to be a scary, horrible thing that we don’t talk about. He looks different, but different shouldn’t be taboo.

People don’t like being uncomfortable, though, and there were still plenty of awkward conversations. Stilted pauses. Elephants in the room. But I reminded myself that people meant well and tried ignoring the painful parts of what they said.

Either way, I was busy. Baruch Hashem, I had a precious little son to raise.

At nine days old — an incredibly young age for a child with both a cleft lip and a cleft palate! — they weaned Tali off the feeding tube

With a girl, I worried that the scar would play into her sense of beauty, her sense of self. What would happen when it came time for shidduchim?

I gave him one last kiss and walked out, leaving the surgeons to do their work

But it’s just that — a boo-boo—she reiterated to them. “The doctors are going to fix him, b’ezras Hashem”