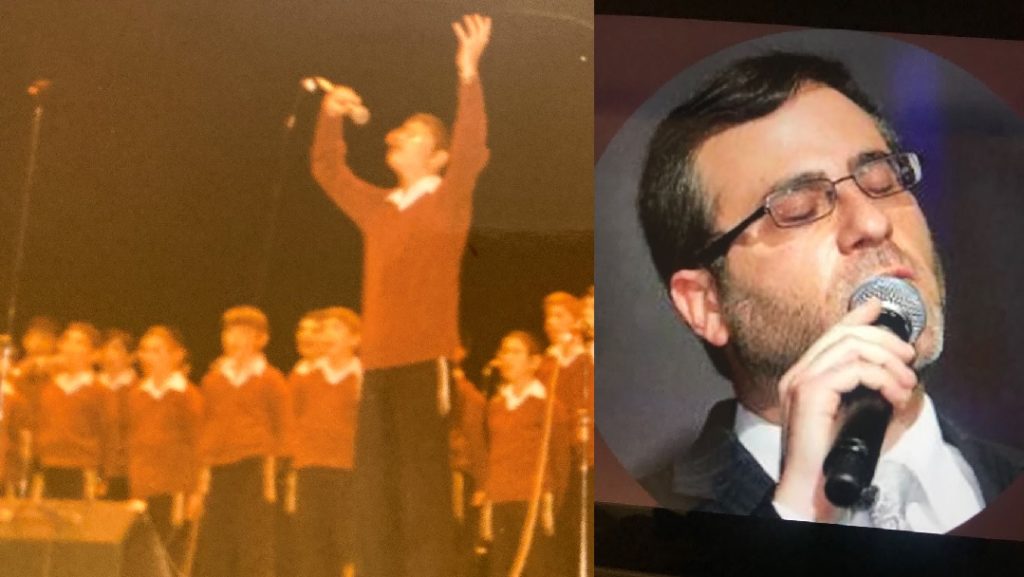 You know my voice from

I put out five solo albums as an adult, starting with Sameach, in 1996.

Probably my best-known solo was “Eibeshter,” which I sang on Tzlil V’zemer Volume II as well as live in Brooklyn College. Then there’s “The Little Bird Is Calling,” which I sang on Volume I together with Shloime Dachs. That was a very popular English song.

Every once in a while you hear these oldies on Jewish Music Stream. Just yesterday at a bris someone came over to me to discuss “Eibeshter.”

The choir scene then and now

Choirs are so much more professional now. It’s a new generation, and styles have changed. A much wider audience watches the performances online. Choirs today have an advantage of newer, updated technology. The level of expertise in the performing arts and in sound and lighting arrangements has gone up, but as for the songs themselves, I don’t know.

I was one of those rare kids who managed to sing for more than one choir. It happened like this. One Shabbos, after davening in Pirchei in Boro Park, I saw Yerachmiel Begun come in to speak to Rabbi Eli Teitelbaum a”h, who davened there too. Yerachmiel had a problem, because his Miami Boys Choir was scheduled to perform in Brooklyn College that Sunday night, and the voice of one of the soloists, Jonathan Paley, had suddenly changed. Jonathan was the soloist for what became one of Miami’s all-time hit songs — “Besiyata Dishmaya,” and without him they were really stuck. They noticed me and called me over, asking if I would like to sing at the concert. So I learned the song and performed a solo as a guest artist with the Miami Boys Choir the next evening. I forgot some of the words, but otherwise it was a last-minute solution that worked out perfectly — b’siyata d’Shmaya.

How my stint as a child soloist affected my life

It definitely made me feel good as a kid. It’s a big brachah for a child to have a talent that gives him such a boost in confidence.

One of the most memorable personalities from my Tzlil V’zemer days was Mona Rosenblum. As musical director of the choir, he did all our arrangements and was a big part of the success of the choir. He had the highest level of musical expertise available in those days, and it was an amazing opportunity for us to work with a musical genius.

Be very careful with your voice, especially when it’s transitioning into adulthood. Don’t yell and scream in camp, or risk becoming hoarse, because this can affect your singing. That was something I was particular about, and it helped my voice transition smoothly, baruch Hashem. More importantly, you should feel lucky and privileged to be able to entertain and inspire Yidden. Be humble and realize that the songs you are singing can affect other people’s souls. 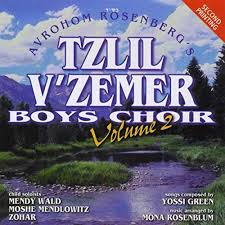