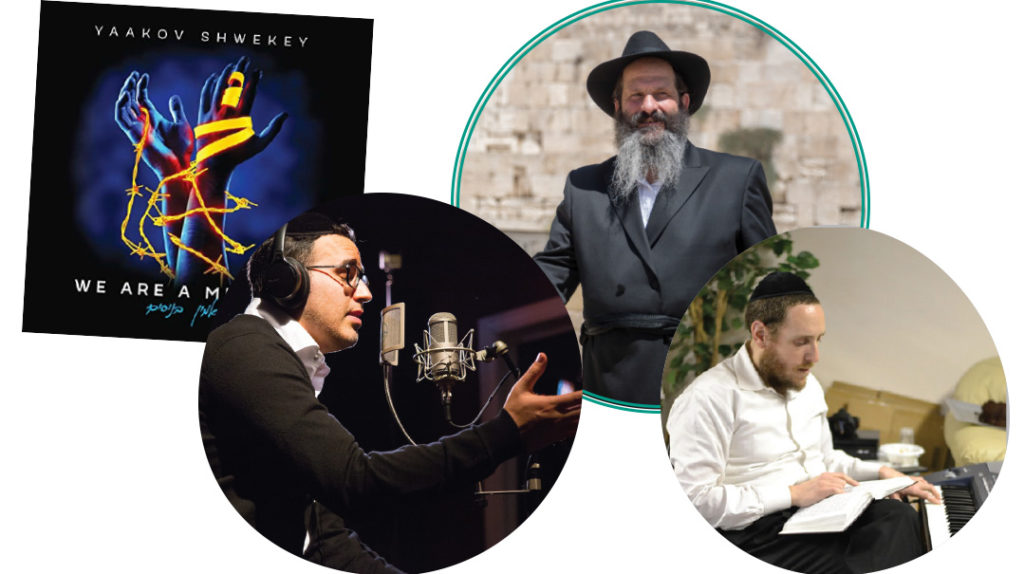 "Inspired by Reb Sholom Mordechai Rubashkin, the opening track of the miracle-themed album contains the music and the message that says it all"

Album: We are a Miracle

"I believe in miracles, I know there is a G-d...” Maybe we all knew it before, but it took the towering faith of Reb Sholom Mordechai Rubashkin and this upbeat tune with Yaakov Shwekey’s inimitable vocals to get us to admit it and readily sing it aloud. Inspired by Reb Sholom Mordechai, the opening track of the miracle-themed album contains the music and the message that says it all.

Sitting in “a place called prison,” I opened my Chovos Halevavos and learned and relearned the Shaar Habitachon every single day. The objective was to teach myself to think how the Shaar Habitachon wants a Yid to think. And one principle that we learn there is that when a Yid is in a tzarah, he’s obligated to have bitachon that Hashem will save him. Then he has to act within teva — nature — and do his hishtadlus. But he knows that the Eibeshter can get him out of his suffering in ways higher than teva.

Yaakov Shwekey was one of the Yidden who used to come and visit me. On one visit, I was speaking to him about how unlimited the Eibeshter’s powers are, and how a Yid has to daven for all his needs and believe that the Eibeshter will help him far beyond the scope of teva. That’s what it means to be a Yid.

Yaakov was inspired. He wanted to produce a song about this concept, and the resulting song was “Ma’amin Benissim.”

Of course, I could not get the song when it came out, because I had no access to any songs in the place called prison — I only heard it sung over the telephone. My kids sang it when they came to visit, and I was very touched, because Yaakov had brought out the concept from Chovos Halevavos in a way that helped my family and so many others relate to it.

A few months later, Yaakov came back and I heard the song from him directly. I told him that I wanted him to write another song when I would be released im yirtzeh Hashem. And, baruch Hashem, so he did. Not long after I was home, Yaakov came around with Yitzy Waldner — they’d written “Alef Beis Gimmel,” the song of my personal geulah.

When Yaakov called me on the way home from visiting Reb Sholom Mordechai, there was such sadness in his voice. Seeing Yidden there behind the barbed wire, and then being able to leave them and drive home to his own family, had brought the pain home to him. He felt we needed to write a song to express Sholom Mordechai’s plight.

I sat down at the piano that night, and I wrote a niggun for the words “Keili Keili lamah azavtani” (Tehillim 22). It was sad, it tugged at the heartstrings, and Yaakov and I really loved it. Then Yaakov sent it to Pinny Lipshitz, the editor of Yated and one of Sholom Mordechai’s biggest advocates and confidants. Pinny’s response was, “Sholom Mordechai is not about ‘Keili lamah azavtani!’ He never feels forsaken. His message has always been that Hashem is there for him.” And he was so right. The song stalled, going nowhere.

It wasn’t too long after that that Yaakov forwarded me an email from Miriam Israeli with the lyrics “Ani maamin benissim / Ani yodeya she’yesh Elokim... (I believe in miracles, I know that there is a G-d).” With siyata d’Shmaya and those words in my hand, at my keyboard, the tune came in 60 seconds. It was upbeat, full of certainty, much more in line with Rubashkin’s message.

Later, Yaakov and I went to visit Reb Sholom Mordechai together. We sang some of Tefillas Hashlah together, I remember, then he said to us, “When I get out of here, you are going to write another song, “Alef, beis, gimmel: Emunah u’bitachon brengt di geulah.” He believed wholeheartedly that he was getting out of there soon, and the rest is history. I think that “Ma’amin Benissim” was part of the bridge to “Alef Beis Gimmel.”

Thank you to Yaakov Brown of Jewish Musical Notes for contributing to this column. 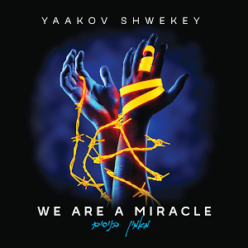 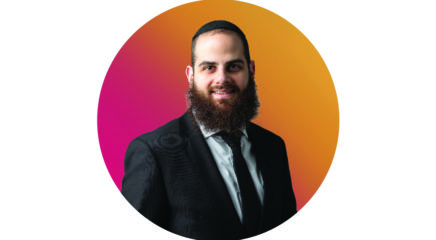 Riki Goldstein
Mood Mix with Shlomie Rabin
Second Soul was able to fill an unexpected need — having come out in time for shul lockdowns
Riki Goldstein
Presenting, for the very first time…
There are many wedding-worthy Jewish songs that make for a memorable opening. Here are some band leaders’ favorite picks 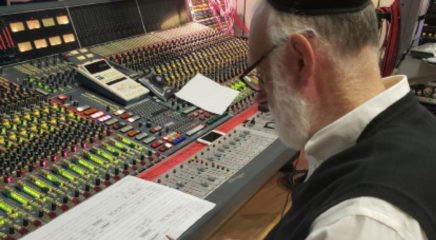 Riki Goldstein
Mic Drop: I’m Not the General
"I’ll fight if I think it necessary, but I can always be vetoed, and that’s okay, too”