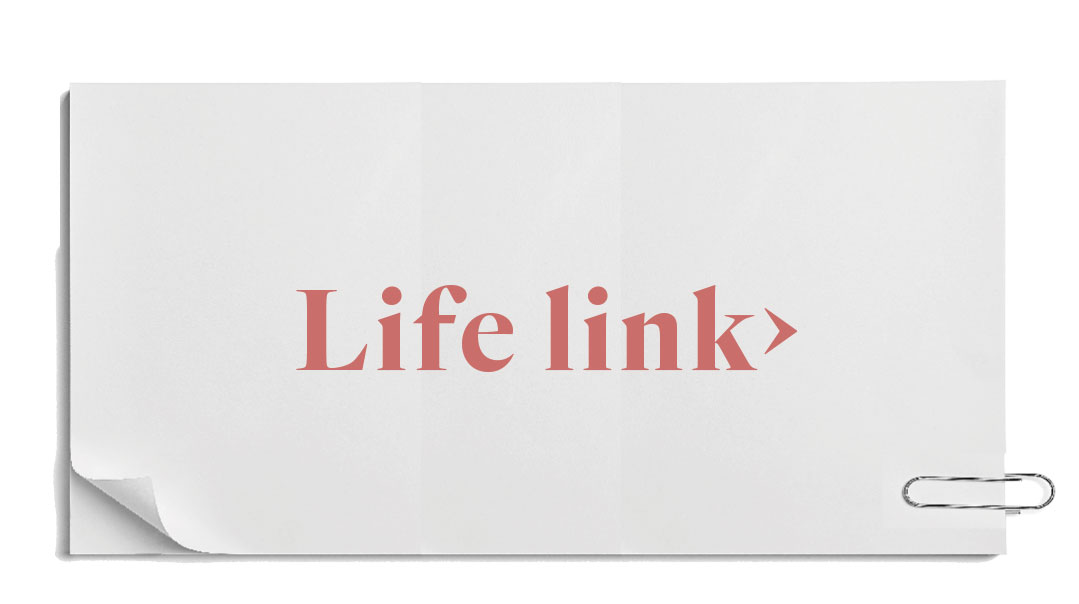 Growing up as the son of famous Chazzan Chaim Adler, the chief cantor of Jerusalem’s Great Synagogue, I always figured it was no big deal to perform in front of a crowd. The same way some people worked on a computer, or other people drilled teeth, my family sang in front of hundreds or thousands of people. It was something we enjoyed, something that came naturally.

Then, when I was about nine years old, I traveled with my father to New York to sing at a high-end wedding in Manhattan. And to my surprise, I saw my father pacing back and forth over his notes, humming and singing and repeating snatches of melody. Could it be — was my father nervous?

“Abba, what’s going on?” I asked him. “You just performed at the Siyum HaShas, in front of thousands of people, and I don’t remember you being nervous at all. What’s happening?”

“Let me tell you something, Sruli,” he said. “I may sing at hundreds of weddings, but for the young couple getting married tonight, this is the first — and hopefully only — time they will be standing under the chuppah. For their sake, I have to practice. I have to get it right.”

Since that conversation, I’ve built my own resume singing at countless events and chasunahs. You’d think it’s all routine now, something I could do in my sleep. But I learned from my father that for the couple standing there under the chuppah, this is the first and only. It has to be special. It has to be fresh. That’s what I try to bring to my singing, and that’s how I approach my work.

Sruli Adler is a veteran badchan and chazzan who sings at Jewish weddings across the globe.

“Now you are a bochur,” I said to my son when he turned bar mitzvah. “You have the power of bechirah — of choice. I hope you will be influenced by the choices that were made by those you come from.

“I hope you will follow in the footsteps of your grandfather — my father — a survivor of the Nazi death camps who chose to live as a Torah-centered Jew. So many of those who came out of the camps went the other way, and nobody would have blamed Saba had he decided to have nothing more with being Jewish. But he made a different choice.

“I hope you will be influenced by the example of your grandmother. She grew up in a home where Jewish observance was minimal and Torah learning even less, but she made the choice to become observant — to be a chozeres b’teshuvah. When the time came to raise children of her own, she made sure that they were blessed with the Jewish education that she never had.

“Most of all, I hope that, as a new bochur, you will be inspired by your mother, who made the most consequential and courageous bechirah of all — to leave the tradition she was raised in, to embrace Judaism and the Jewish People, and to begin studying all over again — starting with alef-beis-gimmel — when she was already a grown woman.”

I told my son: “You will have to make choices every day for the rest of your life. Choosing to do the right thing can be hard. Whenever you are tempted to go astray, I hope you will think of the people you come from, and remember: They could have taken the easy way out and didn’t.”

Jeff Jacoby is a columnist for The Boston Globe.

Some things we only learned about at the shivah.

Everyone knew that my grandfather, Rabbi Hirsch Diskind, was a legendary mechanech; he was the longtime principal of Bais Yaakov of Baltimore. Everyone also knew that he did many acts of chessed and greeted everyone b’sever panim yafos.

But until a stranger walked into the shivah house, we’d never heard the following tale. Some 40 years earlier, this gentleman had been hospitalized in Baltimore‘s Good Samaritan hospital — a distant facility not commonly used by the members of the Jewish community. My grandfather had somehow learned of his predicament and had appeared, perspiring, in his hospital room on the first day of Rosh Hashanah and proceeded to blow shofar. He returned for a repeat performance the following afternoon.

A quick Google search reveals the distance between Zeidy’s house and this hospital: precisely six miles each way! Zeidy had walked 24 miles that Rosh Hashana — to help a Jew he did not know… and no one had ever heard about it. The lesson I learned? Go to extraordinary lengths to help a fellow Jew, while going far to ensure that no one knows about it.

Paysach Freedman is the founder and CEO of Chaim v’Chessed, a unique organization that assists English speakers in Israel in every area of crisis and challenge.

In 1980, I received an offer to serve as a councilman on the Jerusalem City Council. I told them I’d think about it and get back to them a few days later, but it seemed like an offer you’d be crazy to refuse.

Then, at 3 a.m. one morning, my phone rang. I stumbled out of bed and picked it up.

“My sewage pipe, come quickly, it burst, and the whole house stinks. Come fix it! Quickly!”

“Excuse me,” I said as politely as I could. “What is it that you need?”

Finally I recognized the voice. It was my father, Rabbi Menashe Eichler, a longtime activist who, among his many activities, was especially notable for his work according the Jewish dead their final respects — either by volunteering to tend to fallen soldiers during the Six Day War or by fighting autopsies. My father came from a family legacy of putting yourself out to help others — he remembered his own father encouraging the family to bring provisions to Jews during the 1948 shelling of Jerusalem. Now he’d conducted this little ruse to teach me something important.

“I want you to know what it really means to be a public servant,” he said. “This is what you have to be prepared for.”

Abba taught his lesson well. I didn’t take the job.

I was brought up in the home of Rabbi Yosef — “Uncle Yossi” of children’s tapes fame — and Chana Goldstein, in an atmosphere of strong positivity and optimism, in a home centered on chinuch and kiruv and hachnassas orchim. My father had joined Lubavitch in 1940, and he was sent to Rhode Island on shlichus by the previous rebbe to establish a yeshivah there. Later, when our family moved to Crown Heights, our home was always filled with guests, usually college students who were visiting the neighborhood. I remember as a little kid watching my father talk to these hippies who spent Friday nights  —their first taste of Shabbos — with us. My father’s charisma would keep them spellbound, and I remember thinking, “If I could only get a little bit of that talent when I grow up, I can have an impact and inspire others, too.”

In 1978, when I was 17 years old, I received a letter from the Lubavitcher Rebbe. He concluded the letter with the following words: “If a little bit of darkness pushes away a lot of light, how much more so a lot of light.” I didn’t really understand why I was deserving of a letter from the Rebbe, or what that message meant, but it remained with me these 40 years. And that became the message to the world after the mass shooting in my shul this year.

When I was looking down the barrel of the rifle, when I saw the shooter and the darkness right in front of me, I had only a moment to think, How would my Rebbe react? After years of learning the Rebbe’s Torah and observing his reactions to lifecycle and world events, his reactions have become my second nature. I was able to instinctively sacrifice myself for others, surrendering my natural reflex of self-preservation, and I turned around to save the children. That split-second decision actually saved my life, because the way I turned to protect the children meant the bullets didn’t inflict fatal damage on me.

It was reflexive, a result of my upbringing and of years of basking in Torah learning and devotion to my shlichus. It clarified my journey for me, and it saved me.

Motzaei Shabbos, when I got up from surgery, that was the first thought that came to mind: that on Shabbos there was a lot of darkness, but the light outshone it. Even now, when people ask, “How did you land on your feet after the mass shooting at Chabad of Poway?” I think about a little bit of darkness — and a lot of light.

Rabbi Yisroel Goldstein is the rabbi of Chabad of Poway in California. 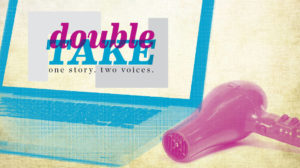 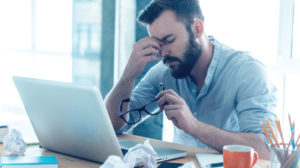 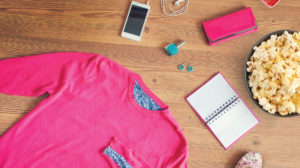 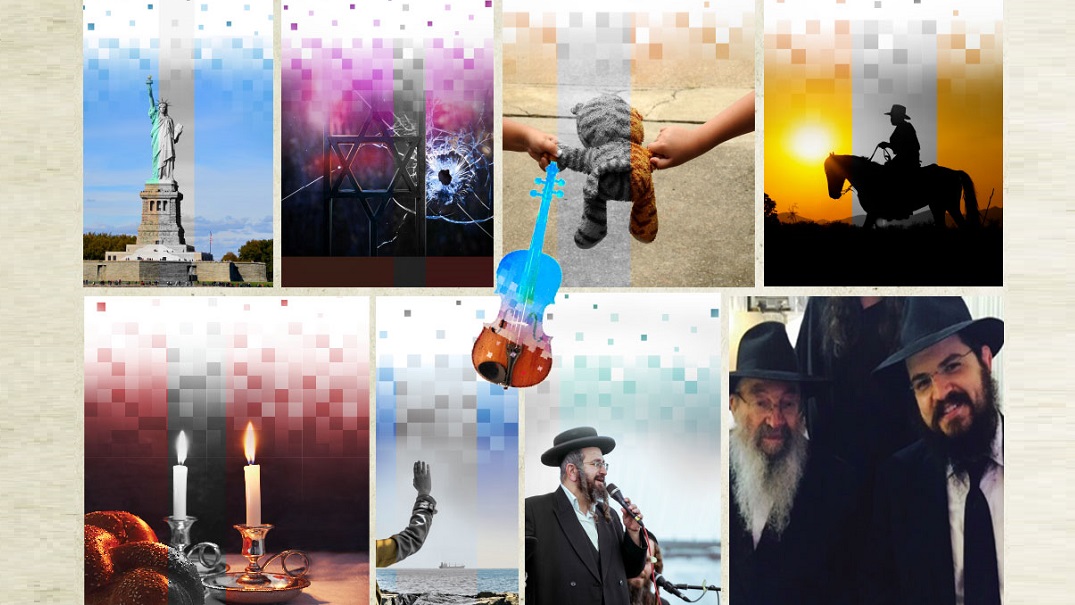 Mishpacha Contributors
If I Could Ask You One Question

If you could ask a single special ancestor of yours to address one question that you face, who would you ask and which life experience would you tap? 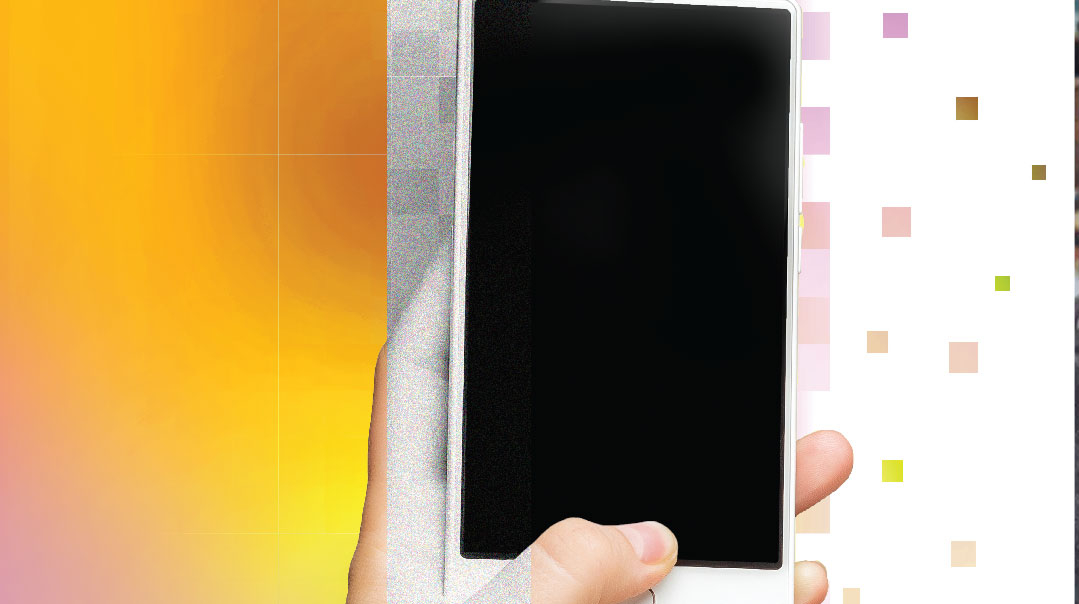 They’ve forged their paths and molded a chain that connects them to children and grandchildren who keep paying it forward. As bearers of family legacies who illuminate the journey ahead, how do they view this new generation of seekers? 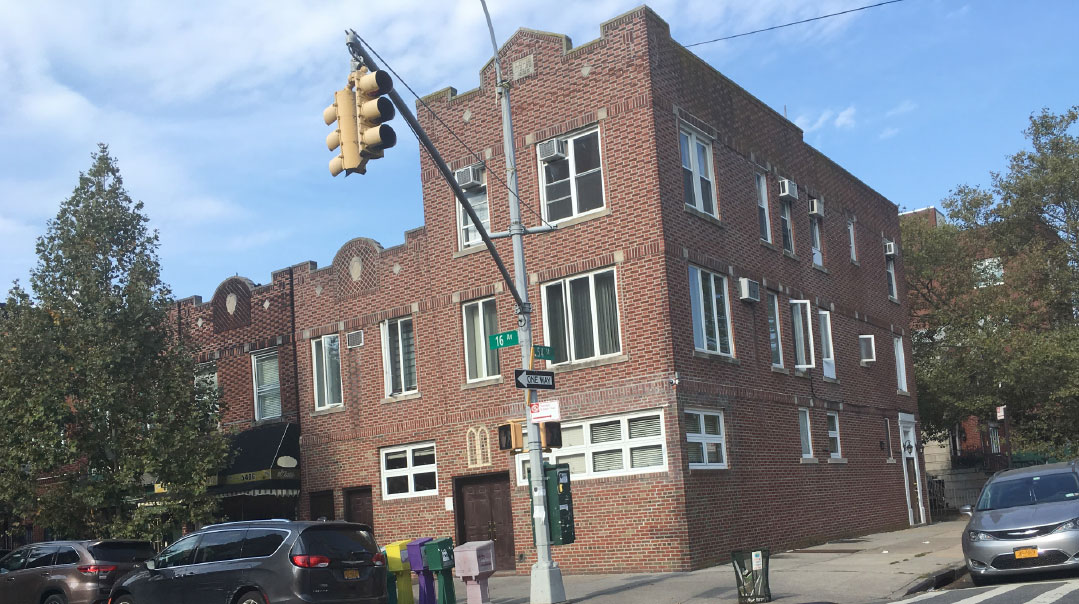 Shoshana Friedman
The Apartment Above the Shtibel

Now, in hindsight, I wonder about it. A shul that had a rebbetzin, and no official rav? But back then it seemed natural 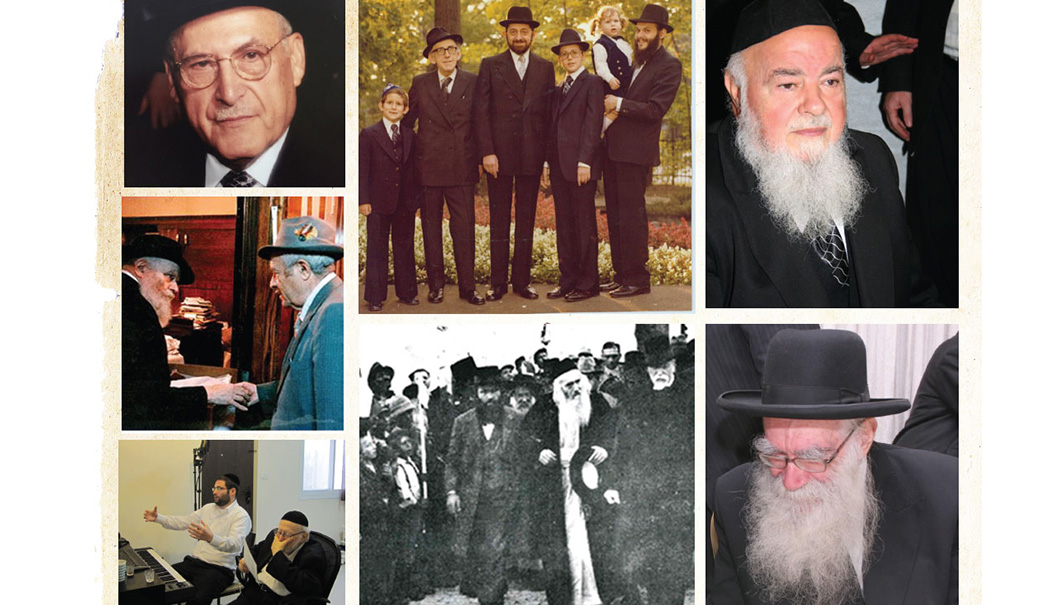 Strip away the where-what-when-how of our lives, and you’ll often find that behind the trappings of our modern-day routines lies an ancestor whose life mission informs our own 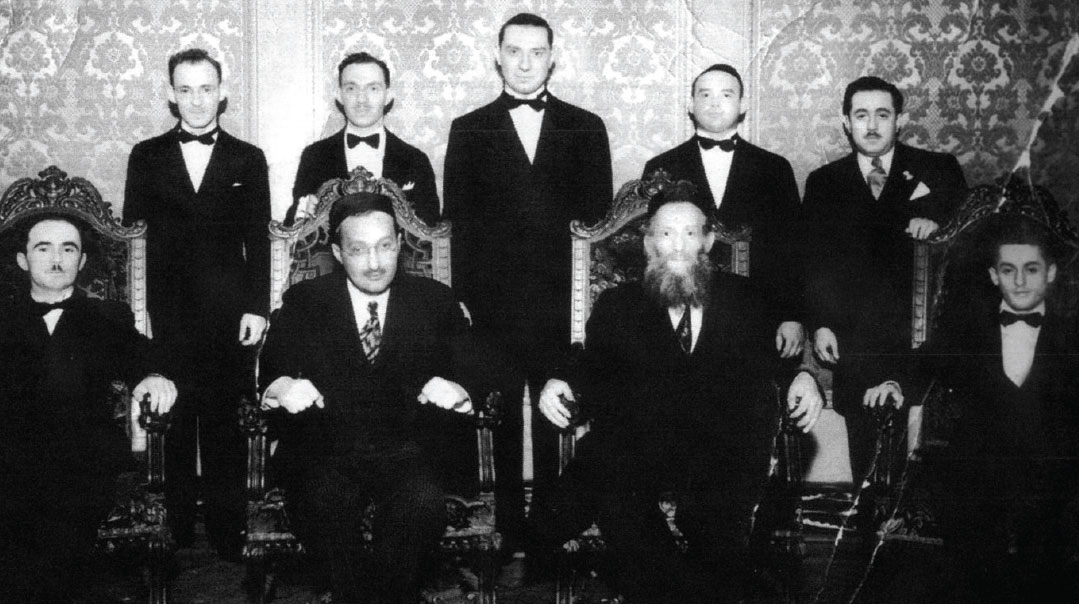 Mrs. Elana Moskowitz
The Grandfather I Thought I Knew

By the time I had matured enough to pose the right questions, dementia had decayed his towering intellect and muted his deep, rich voice 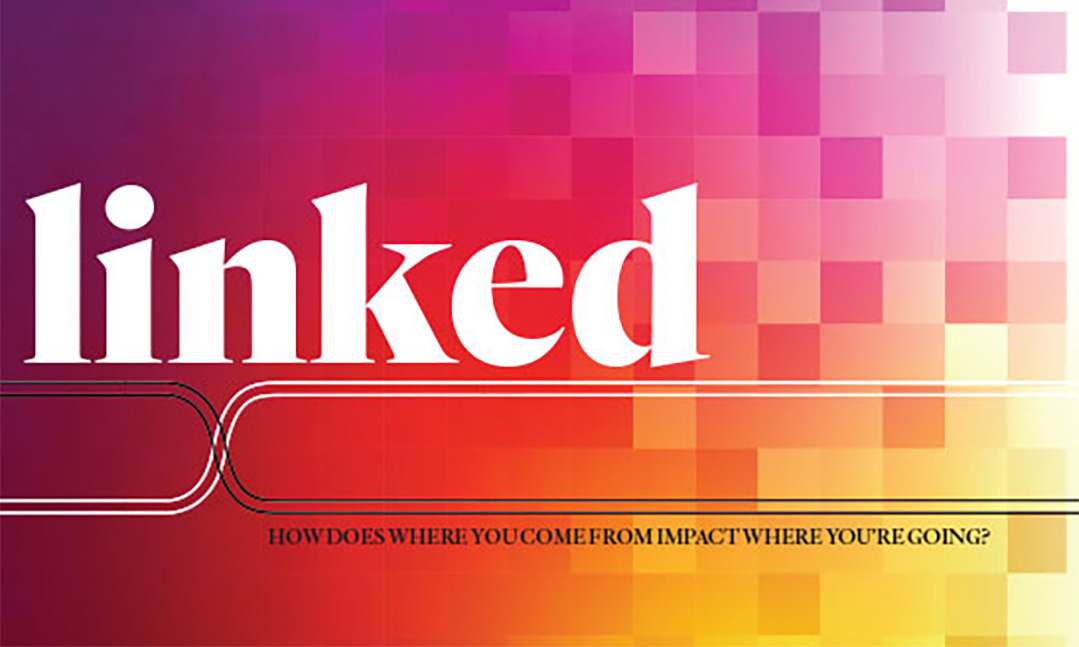